Let’s carry out a simple test. You have five seconds to list all the recycling containers that come to mind. Ready? It shouldn’t be that difficult: plastic, paper, glass, organic waste… That seems quite sustainable. Maybe, if you have a couple more seconds, you can come up with a few more, such as oil banks or battery collection points. However, there’s something missing—wood. It could be said it’s recycling’s ugly duckling. Currently, the main way of disposing of it is mainly by using it as fuel in power-generation plants, dumping it in landfill sites or, in the best scenario, transforming it into chipboard. Luckily, an EU-backed project aims to change this and open up new possibilities for recovered wood. CaReWood (Cascading Recovered Wood) is the acronym chosen for a range of procedures to recover and reuse large pieces of wood, giving them a second opportunity.

But why isn’t there a greater number of wood recycling schemes? Well, besides technical and cost reasons, the main obstacle lies in the veneers and chemical treatments usually applied, frequently with hazardous substances such as DDT or PCBs, which were widely spread in the past. PVC particles or remnants of lead-based paint can also be present. European regulations require these materials to be destroyed as they can be a health hazard. In Germany, one of the European countries were reforestation schemes have taken root more firmly, the Fraunhofer Institute for Wood Research WKI, together with fifteen other partners from five European countries, has developed a set of protocol to salvage large pieces of wood, usually poles, crossbeams and the like. At present, the process is comprised of two stages: 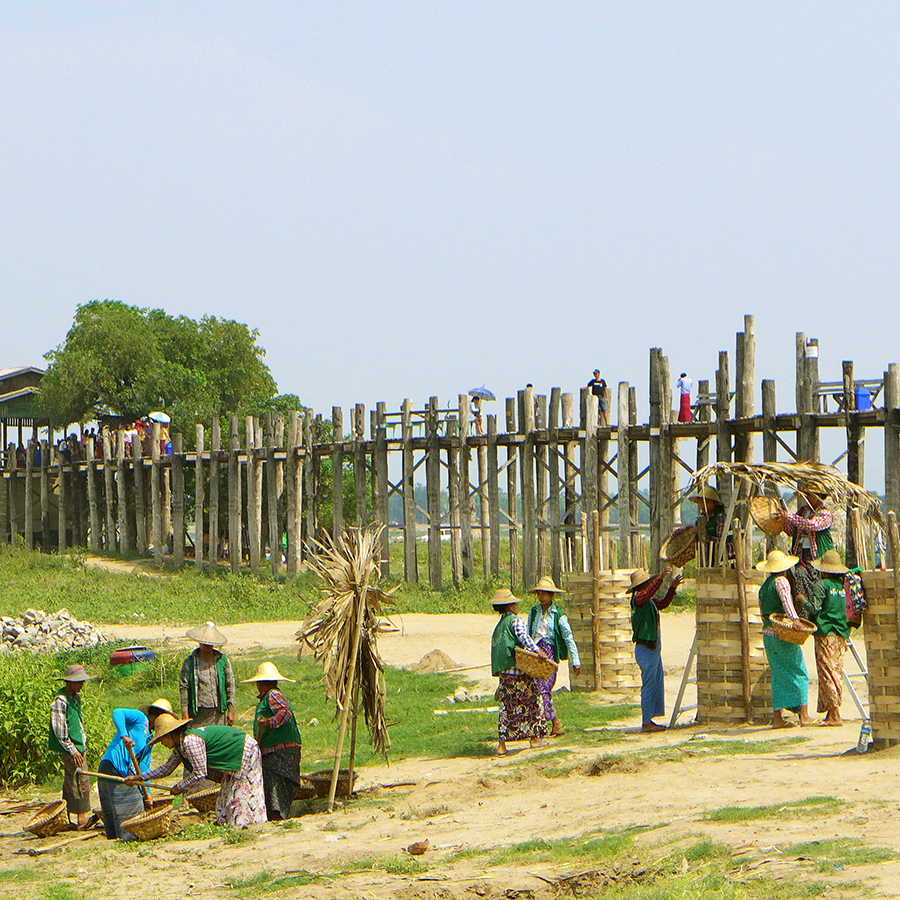 The results have been quite encouraging and a pilot test has already been carried out to help with the restoration of a 150-year-old teak bridge in Myanmar, the longest of its kind in the world. The support posts, some of them measuring ten meters in length, are being reused as handrails or rest benches along the 1.2 kilometers of the structure.

Germany will soon pass new regulations with a stronger emphasis on salvaging wood instead of destroying it by the end of its service life. Hopefully these rules will also be matched by other countries in the rest of Europe.

The advantages of CaReWood, the new wood recycling system

This ambitious project enjoys several advantages, some of them more noticeable than others.