Mining is a key sector for the extraction of raw materials. It is also one of the most dangerous. Dramatic stories, such as the incident of the Chilean miners that made the headlines a few years ago, remind us that despite technological progress, this centuries-old job still entails a certain risk. But now new technology is improving hazardous conditions for human workers, all thanks to robotic engineering. While drones took to the skies a long time ago, self-driving cars are at an advanced testing stage, and underwater autonomous vehicles are already exploring the seas, there’s still one frontier yet to be crossed, the one that takes us  into the world underneath us—a dark, damp place where GPS signals often get lost, and where tons of rocks and complex tunnel networks can complicate wireless transmissions. This is  where camera technology developed by the Australian Centre for Robotic Vision based in the Queensland University of Technology comes into its own, providing  an optimal solution. The project is also backed by Caterpillar, the American manufacturer of heavy duty trucks and industrial machinery.

Until recently, laser sensing systems were being used, but the Australian researchers have suggested a more efficient and cheaper alternative—a camera-based system that enables positioning by the use of biologically-inspired algorithms, i.e., mimicking the way that insects and animals avoid obstacles, and copying their ability to make a path through unexplored terrain. The researchers have also coded an AI system that gets rid of images that are blurry, as well as discarding those that are unclear because of dust in the air. One of the main advantages of their prototype is that it needs no additional infrastructures in the mine.

The first successful tests in Australian mines prove the feasibility of the technology. At the present time, this new generation of positioning systems can track a vehicle’s position to within a few meters, so the challenge is to increase the precision to within centimeters, which would enable the use of fully autonomous vehicles in underground mines. 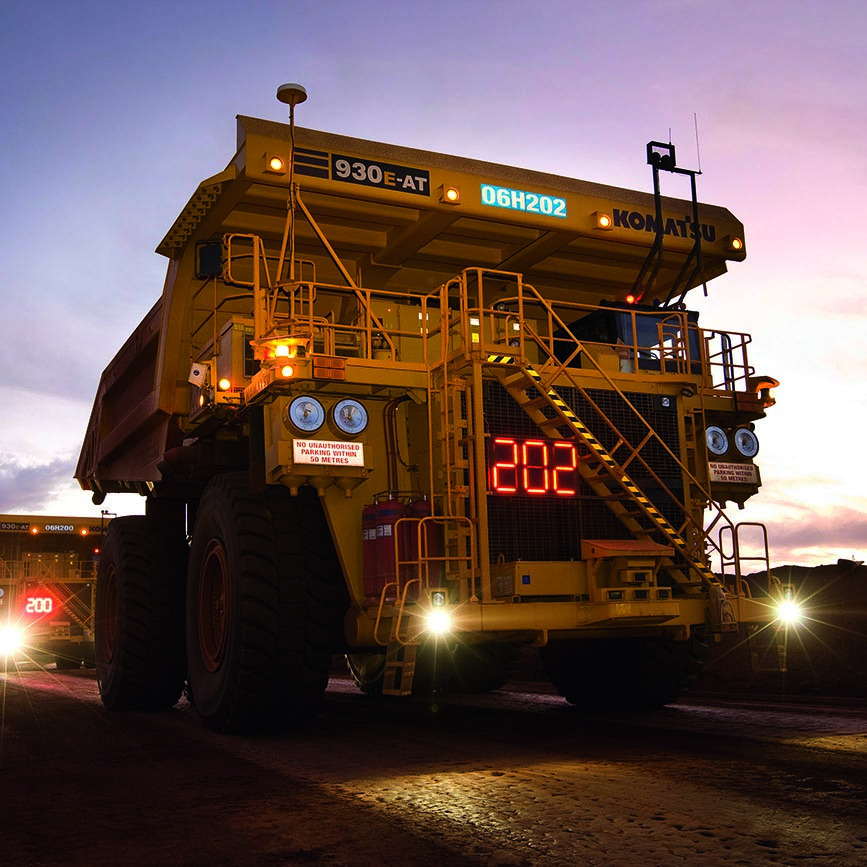 The state of the art in automated mining

The research carried out by the Australian Centre for Robotic Vision is just another building-block within the world of automated mining operations. Self-driving heavy duty trucks are becoming a common sight in strip mines; this is thanks to robotic engineering machinery developed by manufacturers such as Caterpillar or Komatsu, who have joined forces with software companies like ASI (Autonomous Solutions, Inc.) Radar and LiDar positioning systems, as well as traditional GPS navigation, are some of the most common technologies used within this field.

Rio Tinto, one of the largest mining companies in the world, is already working with a large proportion of these vehicles. 300-ton monsters that can carry mineral ore without human assistance already make up a quarter of the four hundred-vehicle fleet that works in the iron ore mines of Pilbara (Australia). These titans can detect rolling sagebrush and stop dead in their tracks. With machines of this size safety is of course a top priority.

In the course of 2018, Rio Tinto also aims to achieve the full automation of a train to cover the 1,700km network that connects the sixteen mines and four ports of Pilbara. The operations center is currently based in Perth, on the other side of Australia. It is from there that operators can control any issues in real time, from the comfort of their office chairs.