The XPrize competition, with $7 million dollars in prizes, aims to foster the mapping of ocean depths. The topic of the contest is far from random; after all, the ocean floor is mainly uncharted territory for us. Indeed, we know much more about the surface of other planets in our solar system. The research on marine orography, flora, and fauna  surprises us daily with the discovery of new species. Lately, self-driven vehicles have become one of the main allies in this exploration. One of the latest innovations in this field is the new technology developed by researchers at MIT (Massachusetts Institute of Technology): a robotic fish with a soft surface that mimics marine life.

The prototype recently announced by the  Computer Science and Artificial Intelligence Laboratory (CSAIL) is a machine that imitates the shape and movements of a fish and allows for the study of ocean ecosystems in an unobtrusive way. Made from 3D-printed parts and coated with silicone, the robotic fish prototype can dive deeper than 15 meters and operate for 40 minutes, as well as take photographs and record videos with its integrated camera and its— no pun intended—fish-eye lens. The machine, christened as SoFi, also sports a buoyancy system that allows it to swim at different depths by moving its fins like other fish. It is powered by its own Li-On battery and doesn’t require any external power.

Robert Katzschmann, the lead author of the research, stated in an interview for the MIT website that this is the first submarine exploration device that can swim in any direction unaided by cables. Indeed, this robotic innovation will provide an invaluable insight into subaquatic research. 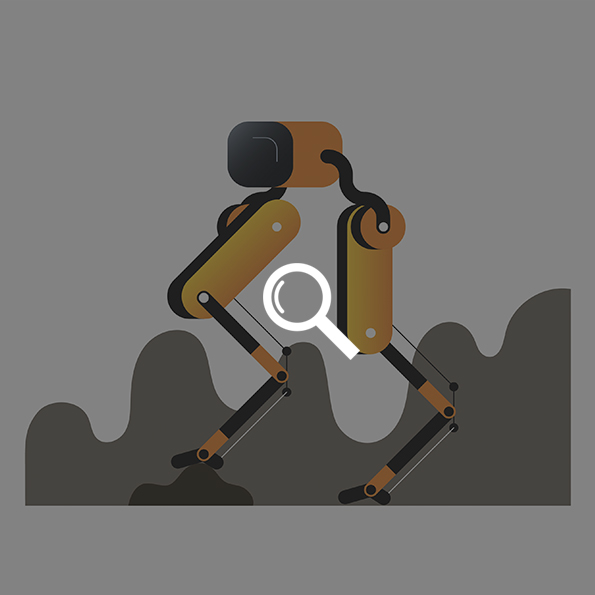 SoFi, MIT’s artifical fish, isn’t the only specimen in this new breed of robotic animals. Some of the latest innovations draw their inspiration from the world of insects. This time the new machines mimic the abilities of spiders and bees.

With the playful title of Spiders Attack: The Rise of Bioinspired Microrobots, professor Mostafa Nabawy, a lead researcher at the University of Manchester’s School of Mechanical, Aerospace and Civil Engineering, recently published an article with his latest research on inspect-inspired robots.

For their new technology, Nabawy and his team analyzed the abilities of the Phidippus regius, a jumping spider that can make exceedingly high jumps. The scientists have tracked every movement of this species with high resolution cameras and have mapped its biomechanical data to implement it in micro-robots. But why a jumping spider? A human being can only jump one and a half times his own height, while the Phidippus regius could shame our best athletes: this little arachnid can jump up to six times its own size. Although these micro-robots based on biomimicry might seem like the byproduct of a dystopic nightmare, they could prove truly useful in the analysis of infrastructures and difficult to access areas, as well as in engineering projects.

Although still in a very early stage of development, another line of research of Nabawy and his team aims to study the flight of bees to replicate it in micro-robots. This is a far greater challenge than a leaping device, but it could have a wider range of applications. Imagine an area with a high rate of bee mortality. These robots, for instance, could be used to pollinate flowers in the absence of sufficient bee populations.

In the future, we could develop swarms of robotic insects to carry out precision tasks in the environment, as well as nanorobots to heal tissues in our bodies or deliver drugs to specific organs.