The time-honored zebra crossing is about to celebrate its 70th birthday. It was George Charlesworth, later on nicknamed “Dr. Zebra”, who came up with an idea that would save countless lives over the last decades. However, the modern urban lifestyle, with its new requirements, calls for alternatives to the venerable white stripes. That’s where the new smart pedestrian crossing developed by George Carlesworth’s countrymen—an architectural firm called Umbrellium—makes its appearance. With its somewhat convoluted acronym, the Starling (STigmergic Adaptive Responsive LearnING Crossing) combines the latest AI and machine learning technologies to provide a radically different experience to the one we are used to. The new prototype, which has been set up in South London, changes its size, patterns and colors in accordance with its environment i.e., the flow of pedestrians and vehicles.

But what would be the main differences regarding traditional systems? Paint stripes have become a mesh of LEDs connected to a neural data processing system fed by several cameras. Thus, the smart zebra crossing is aware at all times of the surrounding pedestrians and vehicles, adapting to their needs. For instance, early in the morning, when everyone’s on their way to the office, the crossing will widen to allow more people to cross safely. Or maybe, owing to the disposition of building entrances and a tube station, the pedestrians will tend to cross diagonally. In such case, the Starling will change its pattern and align itself to the natural flow of the walkers. Basically, that’s the stigmergic part of the acronym, which is the way individuals in large colonies of ants and other insects leave a trace for other specimens to follow, creating new routes to food supplies or other points of interest. When there’s no one around, the Starling just vanishes out of existence. 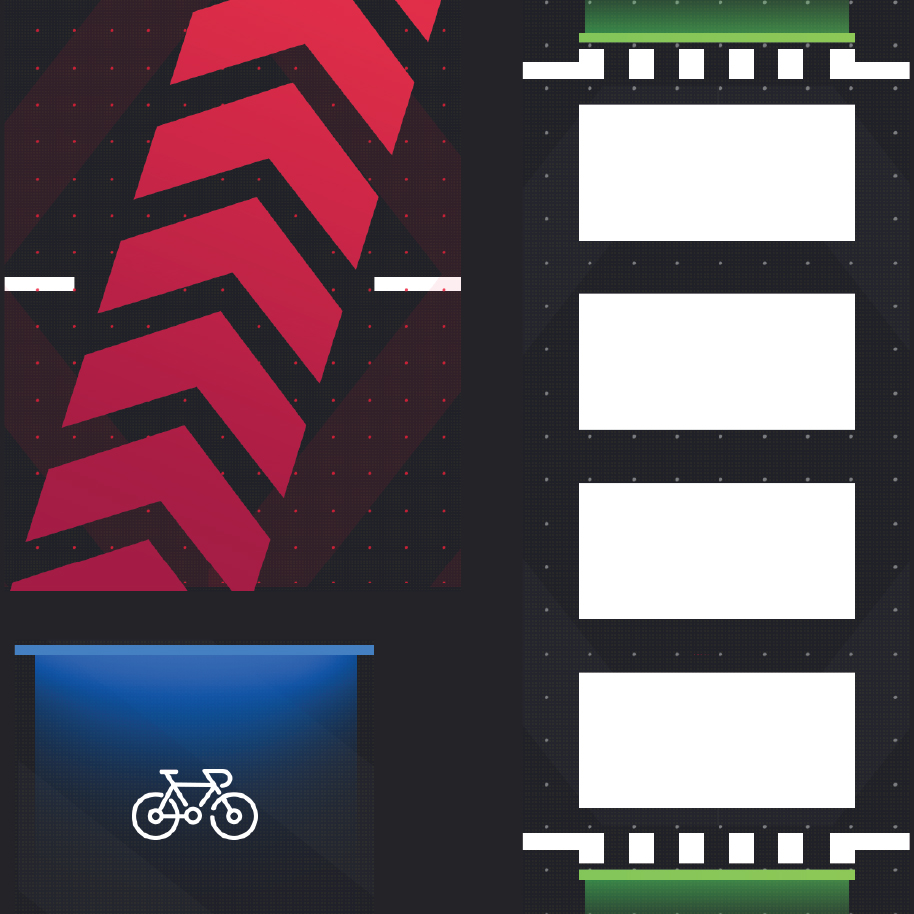 Organizing the flow of pedestrians, however, isn’t its only special feature. If someone crosses the road while checking the latest updates on their phone and strays from the crossing, the LEDs will highlight their position so the driver has enough time to react. Something similar will happen if a child crosses the road chasing a ball—the Starling will signal their position within less than one-hundredth of a second. Finally, this smart crossing can also detect potential blind spots for bicycle riders or drivers and warn them about surrounding pedestrians with specific light signals. This is achieved through machine learning, which classifies the objects in the scene. The system can thus predict the trajectory followed by each one and establish the safest point in the road to display the crossing.

The underlying technology includes a couple of cameras, a neural processing unit, a steel structure to support the ultrabright LED panels and all the cabling, as well as a resistant plastic layer to protect the whole system. The surface has been developed to improve grip and avoid slipping in rainy days, which will certainly be welcomed by motorcyclists. The current prototype provides 22 square meters of responsive surface. The only thing left for pedestrians to do is looking away from their smartphone screens before they cross the road to reduce the number of road casualties.

ACO: the ant-based algorithms of AI

Saying that some of the most sophisticated AI algorithms currently in use are based upon a scientific discipline developed in the 1950s following the study of behavioral patterns in ant colonies could sound far-fetched. But that’s what stigmergy is about. It was proposed by Pierre-Paul Grassé, a French biologist, after studding ant and termite colonies. The point made by Grassé was that there could be decentralized systems where one agent could leave certain traces that would bear an influence upon the whole colony. This would be the case with the routes followed by ants going back and forth to a source of food. Each path is signaled by pheromones that will evaporate unless they are reinforced by the passage other specimens of the colony.

That’s is the origin of the so-called Ant Colony Optimization algorithms that are used to solve problems such as the one of the travelling salesman, which requires to find the shortest possible route that visits each city and returns to the origin city in a journey.