More and more wearable and wireless devices are becoming available, but the ritual of plugging them into the mains to recharge remains a hindrance. Smartwatches, activity trackers, and phones demand their power daily. Much of the problem lies in the dependence on lithium batteries, the same Achilles heel as electric cars. The development of triboelectric nanogenerators (known as TENGs) can cover the power requirements of some sensors based on kinetic electricity. Still, their contribution is too small when it comes to powering the latest generation of wearables.

Researchers at the UC San Diego Jacobs School of Engineering believe that one solution could be integrating various energy sources in a single garment. After all, when we turn on the TV or the microwave at home, we use electricity from hydroelectric power plants, solar panels, or wind turbines without distinction, the so-called energy mix. Thus, the U.S. team has applied the concept of a "wearable microgrid"—a shirt capable of generating and storing electricity in various ways. This garment will combine two well-known energy sources. 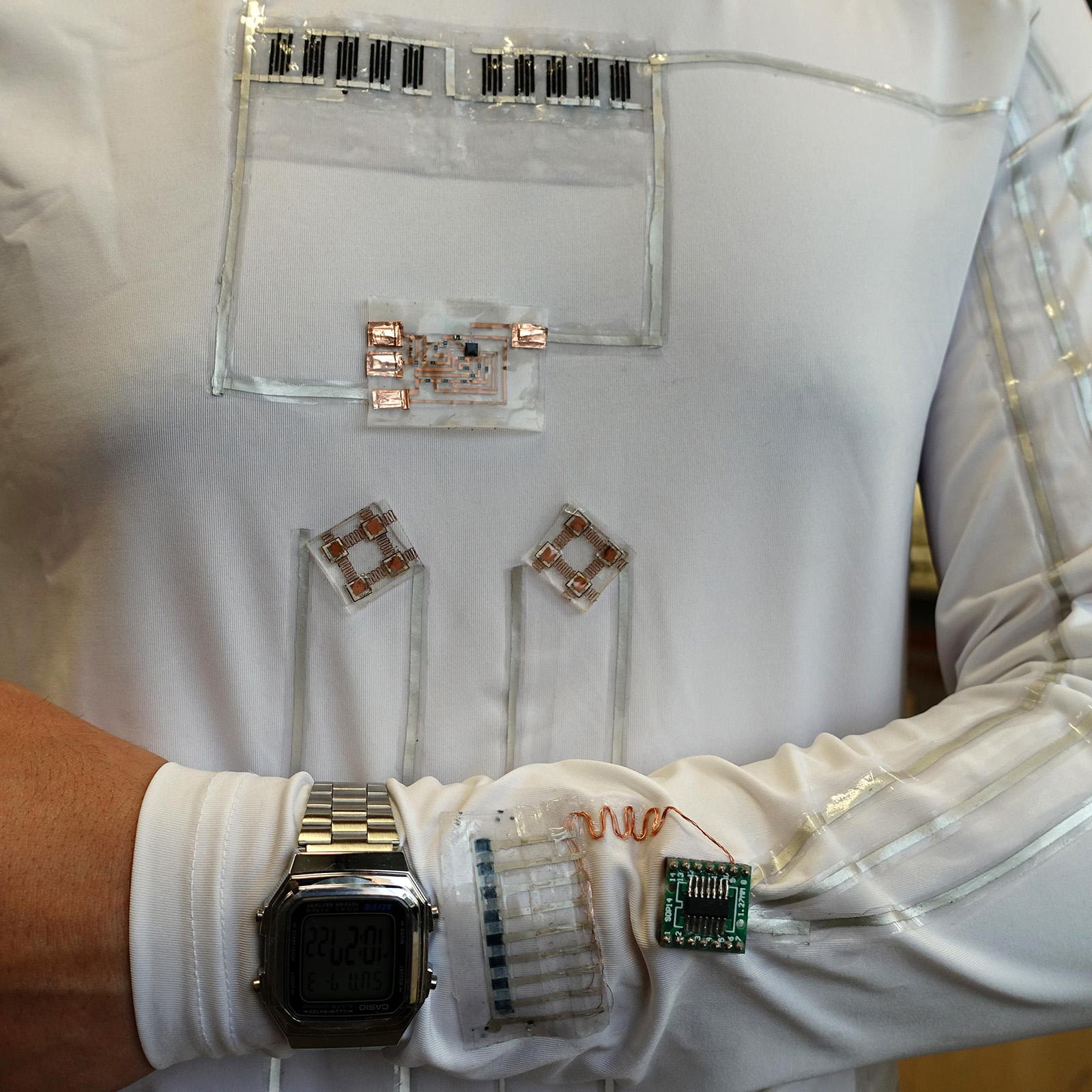 Picture an athlete who starts their physical activity. At first, they will transmit their movements to their clothes. Subsequently, they will begin to sweat because of the physical effort. The researchers' approach is to capitalize on both aspects. Firstly, they have resorted to triboelectricity to harness the energy generated through movement. This first mechanism integrates flexible triboelectric nanogenerators in strategic areas such as the arms or torso. Each of them is printed on different areas of the garment, divided into positive and negative charges. When the arms rub against the torso, a small electric current is generated.

The second mechanism takes advantage of the chemical reactions produced by sweat. Thus, biofuel cells incorporate enzymes that stimulate the exchange of electrons between lactate and oxygen molecules present in human sweat.

The first system generates higher-intensity electrical discharges irregularly, while the second provides a continuous, low-intensity electrical current. This is where a third element comes into play: the supercapacitors printed on the front of the shirt. There, the electricity generated by both mechanisms is stored. The supercapacitors are connected to the electricity sources by silver filaments with a waterproof coating.

In tests carried out with this technology project, researchers have found several advantages. The first is that it starts generating electricity twice as fast as using biofuel cells alone. The second is that the duration of the electricity supply is tripled compared to using triboelectricity alone. In this way, they found that, in a thirty-minute session with ten minutes of exercise and twenty minutes of rest, an LCD clock could be powered for that entire time. In addition to use in vigorous physical exercise routines, the researchers are exploring its applications in everyday clothing capable of generating electricity with slow movements such as those produced by walking. Mountaineering clothing could also benefit from the new technology, as it would generate electricity in isolated areas without access to the power grid.

The inventors of this new microgrid insist that the real innovation rests not in the energy sources used, but in the integration of all of them and the use of flexible and stretchable circuit printing technologies.