Building a wall with bricks, while requiring some skill, is a comparatively simple task. Bricks, cement, and trowel are practically the only elements needed. Moreover, in this field, robotic technologies capable of constructing structures on their own are already beginning to appear.  However, in the microscopic world, the "bricks" that constitute matter, atoms and molecules, show much more unpredictable behavior. One of the outstanding achievements in the last decades has been using scanning tunneling microscopes, which allow handling atoms and molecules at the nanoscale. The problem is that until now, the operation had to be carried out manually through a trial and error process. This is because the behavior at these scales is exceptionally complex. Thus, the microscope operator had to adhere the molecule to the cone of the microscope and then move it practically as in those fairground attractions where a teddy bear with a mechanical claw is picked up.

Fortunately, at the Jülich Institute of Quantum Nanoscience in Germany, they have developed a technique that allows them to identify patterns and variations on a molecular scale. The key is in the use of artificial intelligence and machine learning. Specifically, a sub-discipline that is known as reinforcement learning, which penalizes error and rewards success. The same technology allowed Google's AlphaGo Zero to beat a human for the first time in the millennial Asian game of Go. 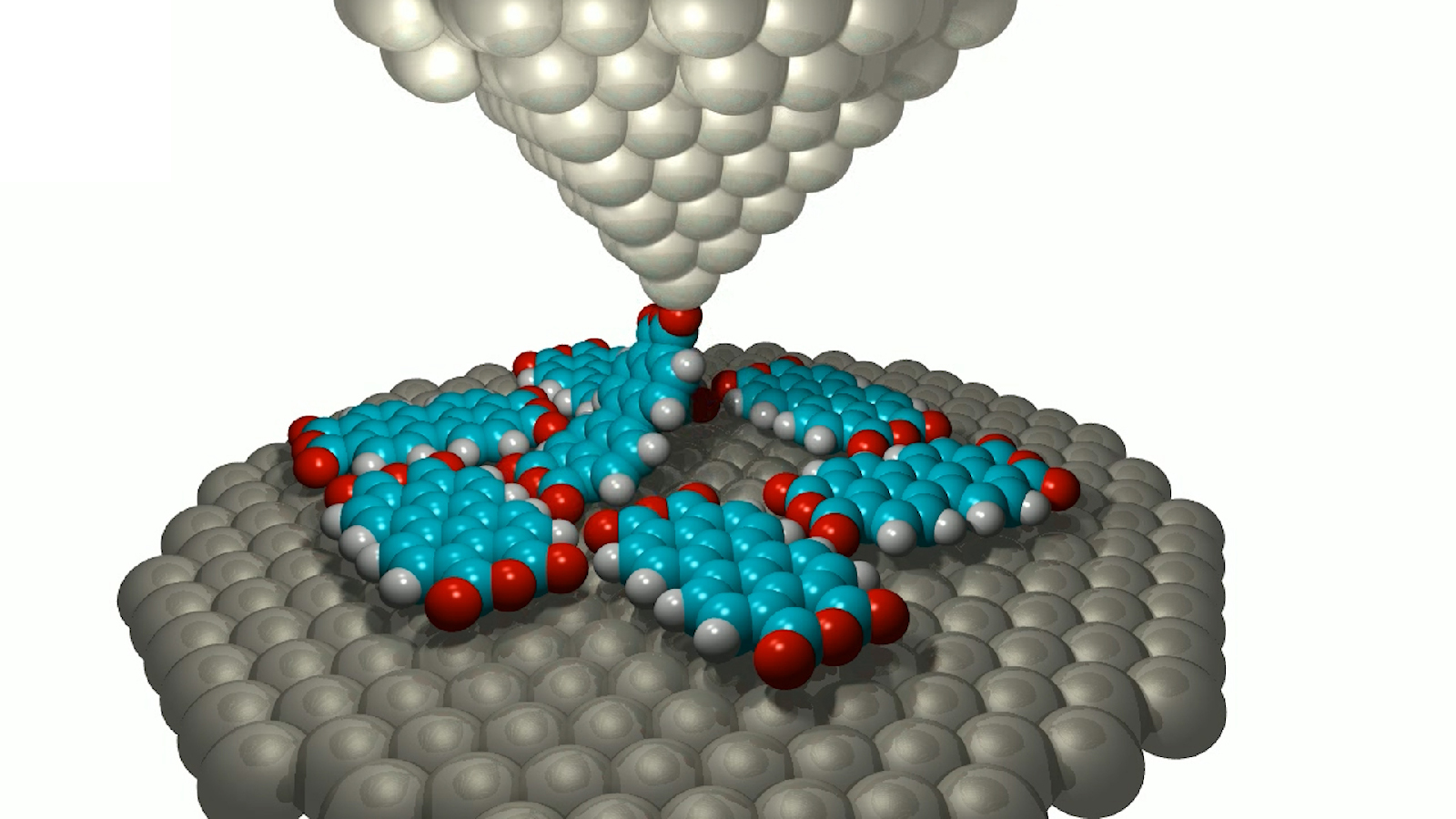 A learning process with changing rules

In the German research center's case, they used this AI system to remove molecules integrated into a complex network of chemical bonds. These were perylenes, molecules used in the manufacture of inks and OLED diodes for television screens and cell phones. According to the researchers, the challenge was that the force with which the molecule is attracted to the microscope's tip could not exceed the chemical bond force, since this would break. The scientists had to manually determine a movement that would respect the integrity of the bond. In contrast, the AI system practiced over and over again until it learned the optimal movements. Stated this way, it seems relatively straightforward. The problem is that the atoms that make up the microscope's tip can also shift slightly, which progressively alters the level of force to be applied—a bit like changing the rules in the middle of a game.

Scientists have accelerated the learning process by using a simplified simulator in parallel to the operation of physical manipulation of the molecules. According to the software developers, this is the first time they combine nanotechnology and artificial intelligence. Now, they explain, the door is open to the 3D printing of functional supramolecular structures, which will make it possible to manufacture molecular transistors or cubits, the scaffolding of quantum computing. In short, we may be facing the first steps of a new era of molecular masonry.