Electricity bills must be some of the most dreaded letters for the average citizen. The cost of energy, conditioned by a host of different factors that range from taxes to weather, is still one of the main costs for most homes. Well, at least until renewable energies increase their efficiency or the arrival of the first viable commercial nuclear fusion reactor. Of course, besides the cost of energy, there are ecological concerns to be addressed too. Currently the focus is on increasing the efficiency of vehicles and home appliances. Fuel-efficient cars that achieve 40 MPG, low voltage light bulbs… And now, smart buildings. Because, while the Internet of Things (IoT) has been all the rage over the last few years, the time is ripe for another similar concept—the Internet of Energy.

Following our previous article on biomimicry that covered pine cones as the source of inspiration to improve the cooling of buildings, we will be addressing two software-based technologies designed to improve energy efficiency in buildings. 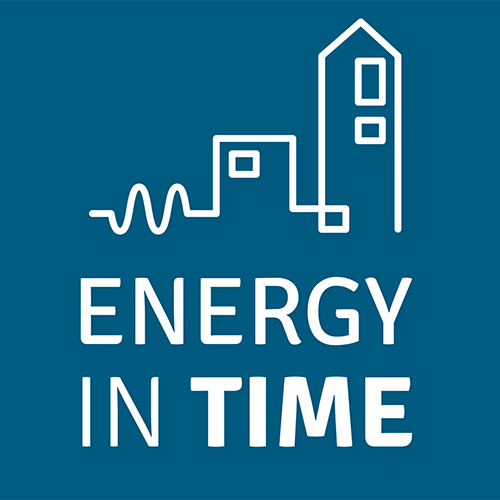 Energy IN TIME, an integrated approach for smart buildings

The everyday operation of buildings draws at least 40% of the energy consumed in most of the countries. Also, if we consider the lifespan of buildings from the moment the first foundations are laid to their final decommissioning, 90% of the carbon dioxide emissions take place during the operational stage, i.e., following their construction. And that mainly because of their HVAC (Heating, Ventilating, and Air Conditioning), lighting and electrical systems. Finding an integrated approach for the management of all those resources and optimizing it by introducing automation and remote-control technologies is the goal of Energy IN TIME (EiT), a project backed by the EU, lead by ACCIONA and joining several partners like CIRCE, the Cork Institute for Technology (Ireland) or the universities of Granada (Spain) and Lorraine (France).

The project is based on software simulations that are later implemented in electrical systems of non-residential buildings, which possess centralized control technologies. EiT has been designed as a nine-stage process. First, by calculating the requirements and system architecture, as well as the gathering of data. Later, a simulation reference model has been put in place to establish the behavior of the building under different energy consumption scenarios. Following that, the development of the whole building’s intelligent control system, which is the core technology, integrating the algorithms that measure occupancy and weather conditions. The following stages cover the diagnosis and analysis systems for the gathered data, as well as their integration and validation. Finally, the actual demonstration and exploitation of the technology.

The project is currently being tested and validated in four non-residential European cities (in France, Romania, and Finland), under different climatological conditions, together with a range of constructive qualities, usage and age circumstances.

The goal is to achieve a substantial optimization of energy efficiency in buildings with an innovative management and control solution that achieves up to 20% energy savings regarding traditional energy networks and their operation and maintenance costs.

What if it were possible to know the detailed energy consumption of a building at any given time? And what of that information could be transmitted to a smart network that could assign resources at all times, leveraging off-peak hours? Such was the reasoning of a research team from the Electronics Laboratory (ELab) at the École Polytechnique Fédérale de Lausanne (EPFL), who have just published their results on the  Elsevier Automation in Construction journal.

Currently, there are several smart devices that can measure the arrival of a user to automatically turn on the lights or the heating of a home or program a coffee machine. The goal of the research is to develop a software that can merge all the data provided by different sensors, including those integrated into wearables, and transmit them to a smart network.

The original approach of this Swiss team could well prove to be a turning point to make this kind of software happen, as it would allow a bidirectional communication between buildings and the network, leveraging all the potential of the Internet of Energy, which combines smart buildings, a smart grid, and storage systems.

This type of information would be especially helpful in the management of renewable energies, extremely conditioned by variations in the speed of wind or solar cycles. For example, the system would predict a sharp increase in the supply or demand of electricity, turning on the heating of the house before the programmed time. Likewise, if the network were to experience a strong demand, the temperature of the home could be decreased within a reasonable range defined by the user.

Currently, the team already has a working smart building simulator able to process all the conditions to optimize energy consumption. The challenge will be to optimize the flow of information between the sensors and the smart grid, which could potentially cover whole cities.