One of the earliest and most famous examples of natural selection to be documented by Darwin was the change in the color of the butterflies in the forests surrounding Manchester. Coal burning had gradually blackened the bark of the trees, leaving the lighter-colored butterflies exposed to their natural predators. Hence, only the darkest ones would survive, with the rest disappearing from the ecosystem. In fact, the gene behind such chromatic variation was discovered recently. In a peculiar turn of the events, the wings of a black butterfly may well hold the key to the development of much more efficient solar cells that will in turn help to banish coal burning power stations.

The actual butterfly is the Pachliopta aristolochiae, which, according to the research published in Science Advances, has a remarkable ability to harvest the sunlight through a complex mesh of microscopic scales. Besides reducing the weight of the wings, these scales also allow the cold-blooded butterfly to maintain its body temperature. Taking a leaf out of Nature’s handbook, the scientists at the California Institute of Technology and the Karlsruh Institute of Technology have studied the wings of this Indian Lepidoptera to improve the efficiency of current solar cells, which is limited to 20 % at best. 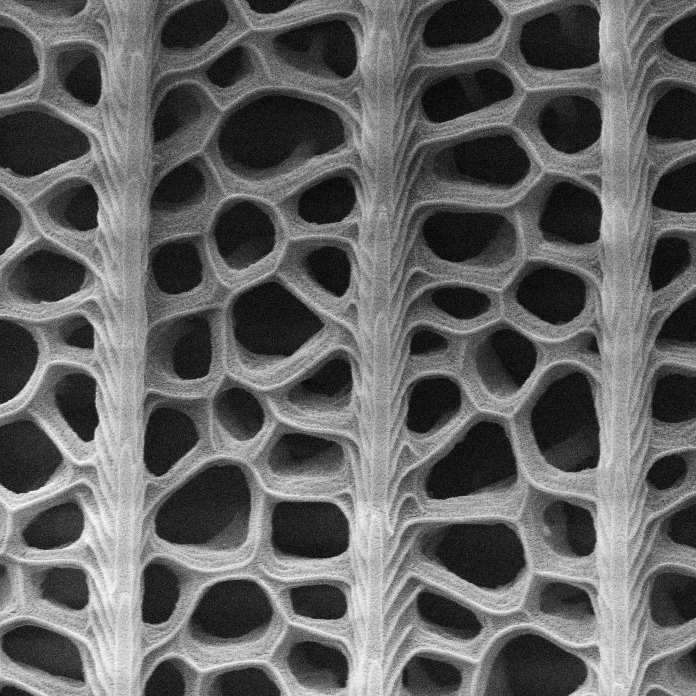 A simple process with impressive results

The wings of this black butterfly are comprised of a great number of nano-holes that collect the incident light striking from different angles and covering a wide range of the solar spectrum. This operates as a cage for light as it were. Researchers have simulated this mesh by using sheets of hydrogenated amorphous silicon covered by a layer of extremely tiny holes.

The technique can double the efficiency of current solar cells. Specifically, when compared to a smooth surface, the absorption rated of light striking perpendicularly is increased by 97 %, while light striking in a 50-degree angle can increase by up to 207 %. The latter results would be the maximum efficiency potential of the technology.

Best of all, it is a comparatively simple process, achieved by dropping bits of a binary polymer solution that don’t mix with the type of polymer used to create the sheet. According to the team of researchers, the coating is created in less than ten minutes. And, although the technique doesn’t guarantee the doubling in the efficiency for the harvesting of sunlight—there are other elements to be factored in besides solar cells—it could prove to be quite helpful in Southern countries where sun rays rarely strike vertically on flat solar panels.

Other examples of biomimicry

At I’MNOVATION we have already dealt with several examples of biomimicry, the term used to describe the technological implementation of the underlying structures and principles found in Nature. Thus, we have talked about slugs inspiring a new bio-glue for wound healing. Another glue of a similar kind is the one replicating the abilities of geckos. We have also covered a new synthetic skin for robots that is based on the human skin. In the end, many of the solutions to the biggest challenges faced by the human race can be found in the most minute details of Nature.