There are many materials that defy logic. The fact that spider silk can be as resistant as steel or that a graphene aerogel can be lighter than helium are just a couple of examples of surprising physical properties. Probably, were we to rank fire-resistant materials, paper would be far down the list. A new wallpaper, with a rather special composition nonetheless, is one of the latest solutions against fires in buildings. Such is the technology developed by a group of researchers from the Shanghai Institute of Ceramics, which belongs to the Chinese Academy of Sciences. As it usually happens when dealing with advanced materials, the key lies in nanotechnology. The outcome is a fire-resistant material that also behaves like an alarm system. But let’s break it down a little more.

Close to the bone

Mentioning a material like hydroxyapatite may not ring a bell. You would probably be more familiar with it, however, if you were told that it is one of the main components of teeth enamel, as well as of dental prosthesis, i.e., an extremely resistant material. The Chinese researchers devised a hydroxyapatite-based mesh of nanowires that would lay the foundation for this new technology to paper walls. The tests show that the hydroxyapatite film can resist a flame for several minutes. It is also eco-friendly and doesn’t require hazardous chemical compounds, in contrast with former toxic solutions like asbestos. Nevertheless, before the material has been consumed in flames, it will have activated the building’s alarm systems.

One of the main issues with the current fire detection technologies is that they are activated by smoke. Occasionally, however, by the time the required amount of smoke has been released to set off the alarms, the fire may have spread dangerously. The new wallpaper has another property that will shorten response time significantly. Because, in addition to hydroxyapatite, the researchers included a few drops of graphene oxide in their recipe. This material could also be used to print ultra slim circuits for a new generation of electronic devices.

The graphene ink works like a thermosensitive conductor. Thus, it isn’t conductive at room temperature but if there’s a sudden surge in temperatures, like in a fire scenario, the whole layer becomes a live electrical circuit. In this way, the alarm system detects the fire almost immediately regardless of the amount of smoke in the atmosphere. Here “immediately” isn’t an overstatement: the alarms are set off within two seconds.

Just like with other developments based on nanotechnology and graphene, this wallpaper will not be commercially available in the short term, but the possibilities are certainly encouraging. 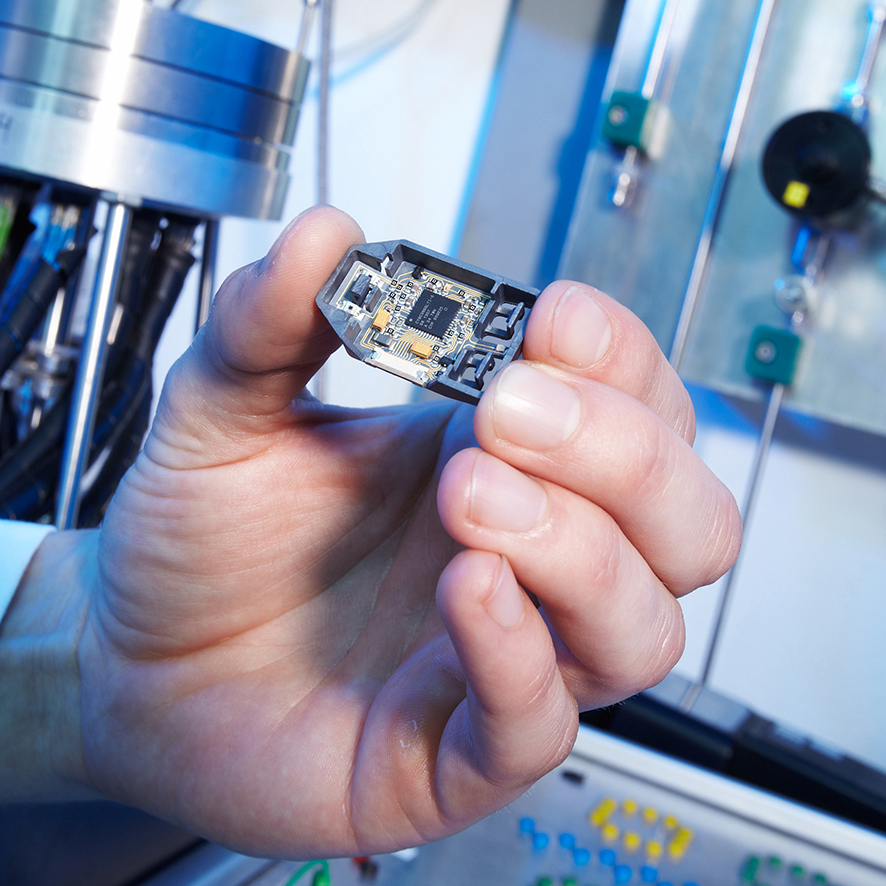 Other alarm systems that keep ahead of smoke

Besides heat, there are other signals that betray the existence of a fire before smoke. Some of them would be gases like carbon monoxide and nitrogen oxide, which are released in the earlier stages. The Fraunhofer Institute in Freiburg (Germany) has developed a fire alarm that detects both gases to improve response times. Their technology employs a chromatic sensor that reacts to them by changing its color. The system is comparatively simple. A blue LED light is transmitted through a special dye and onto an optical detector. Under normal conditions, the polymer displays a purplish color, which absorbs little blue light. When carbon monoxide is released, the dye turns yellow, which absorbs more light. The photosensitive cell then detects the dimmed light and the alarm is set off. Beyond fire hazards, this detector can also prevent carbon monoxide poisoning. And, unlike nanotechnology and graphene, it can be manufactured cheaply and easily.