If you are a regular reader of our site you will probably be acquainted with the printing of buildings, the colonization projects in Mars, or the printing of medical prosthesis, with the use of 3D printing technology. We have also dealt with the use of living organisms such as spores to strengthen concrete. Now, the latest innovation aims to combine the versatility of 3D printing with the characteristics of living materials, i.e. self-repairing, stimuli-responsive, autonomous and self-replicating. This time, bacteria will be the chosen bioprinting material.

One of the latest issues of the Science Advances journal features a paper on the development of a bioink technology that can be used in a 3D printer. The researchers have named it FLINK (Functional Living Ink) and it’s based on bacterial cultures that are later mixed with a hydrogel. Professor André Studart, head of the complex materials lab of the ETH Zurich university, and his team have used two different types of bacteria to demonstrate some of the many applications that this technique could provide in the near future.

The first one, Pseudomonas putida, can break down the toxic chemical phenol, used in the manufacturing of nylon and other synthetic fibers. The second one, Acetobacter xylinum, secretes high quality nanocellulose. This material can soothe pain and retain moisture, which means it could be used to develop contoured films to cover burns or create pouches for organs to prevent transplant rejection. 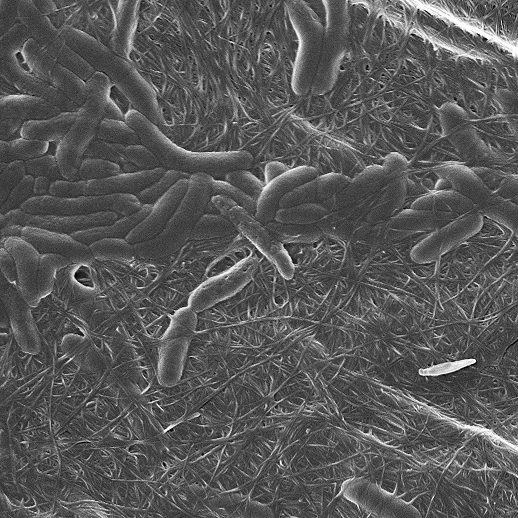 The key to the bioprinting process lies in achieving the appropriate viscosity and consistency to enable printing, by being viscous enough to be forced through the pressure nozzle, and the optimal medium for the development of the bacterial colonies. The hydrogel itself is composed of hyaluronic acid, long-chain sugar molecules, and pyrogenic silica. One of the advantages of the technology devised by Studart and his team is its ability to combine up to four different bacteria, which opens the door for multifunctional inks.

The ETH researchers predict a great number of applications, with one of them being the development of a microfilm able to detect toxins in water, which could be used to cover the insides of containers storing drinking water. The research of bioinks as high-tech sensors is another possibility explored by MIT labs in the USA. Their design, published in the Advanced Materials scientific journal, makes use of bacteria genetically engineered to emit fluorescence in the presence of certain stimuli. 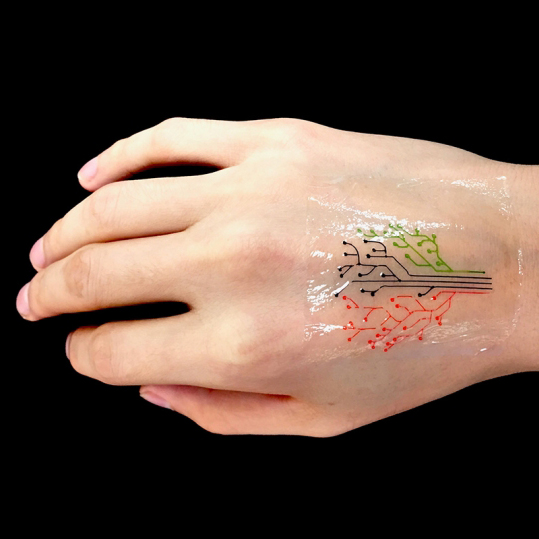 In their bioprinting experiment, also based on a bacterial culture mixed with a hydrogel, this time composed of pluronic acid, they printed a tree-shaped tattoo with different branches, each one of them with bacteria reacting to specific chemical compounds. Subsequently, they spread several types of chemical products on human skin and covered it with a printed layer that had been solidified by exposing it to ultraviolet radiation. Just as they expected, the different areas of the tree lit up reacting to each chemical product.

These “tattoos” could technically be used to detect biomarkers with regards to swollen tissues or be embedded in wearables like smart clothing. In a distant future, one of the most incredible applications would be the creation of “living” computers with chips made of cells reacting to different stimuli.