You are probably browsing this website through  your smartphone as, indeed, most of the Internet users by now. This morning you unplugged your charger. Juice for the whole day. Hopefully, tomorrow your device will keep on working just like today. In three months, however, you may notice that its battery life starts to decay. The screen now sports a scratch. Nothing to write home about. Yet. Maybe, the volume button gets jammed now and then. Just like you, your device is growing old. And owing to the same reasons: the entropy principle, by which the usable energy in a system decreases with every transformation. Ok, it might be related to planned obsolescence too, but, above all, it boils down to the second law of thermodynamics, which predicts an increasing disorder in any closed system. Just like in a teenager’s bedroom.

The materials that we use in our civilization are doomed to the same irreversible degradation over time. Concrete starts to crack and roads begin to show potholes. The holy grail, therefore, of infrastructures would be the development of self-healing materials that could stand the test of time. A bit like the way our own organism can heal its own tissues. This problem is especially pronounced in roads, which can bear the transit of thousands of cars every day, as well as substantial changes in the ambient temperature that lead the asphalt to expand or contract. Fortunately, Swiss and Dutch researchers are working on the development of new types of asphalt that can counteract their own decay. 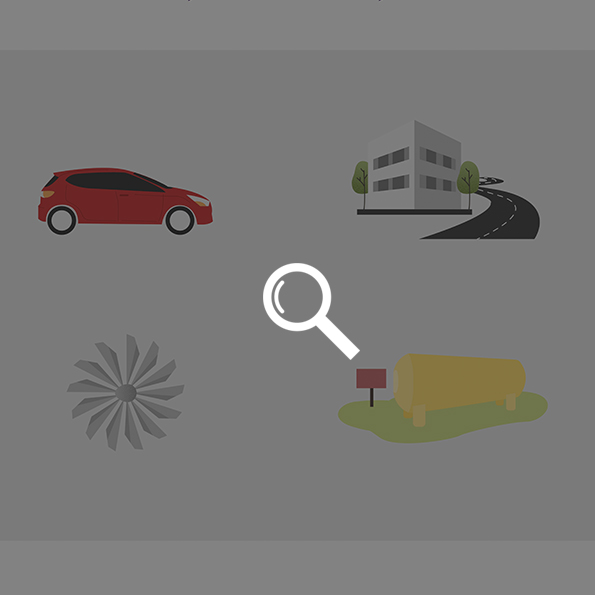 Roads of the future

At the Delft University of Technology they are currently working on a peculiar kind of self-healing asphalt. It is an electrically conductive material using fibers and fill materials that work as closed circuits. When the first cracks start to appear, instead of sending a steamroller and a lorry carrying asphalt, an electrical current applied on the area will do the job. The heat generated by the electricity melts the bitumen and the cracks are instantly sealed.

On the other hand, researchers at the ETH university (Switzerland), jointly with Empa, have chosen to use electromagnetism and nanotechnology to address the same problem. Their smart road system is based on the addition of magnetic nanoparticles to the asphaltic mixture at the manufacturing stage. Once subjected to an electromagnetic field, the particles warm up and melt the bitumen, thus sealing the cracks that develop over time. Of course, this system does not allow to fix large potholes, but it can help to fight the first symptoms of decay.

These self-healing materials are currently more expensive, but they can be combined with a preemptive approach, by implementing a smart road solution. Right now, detecting and fixing potholes can be an expensive and laborious process, often requiring the analysis of video footage from miles of asphalt to assess the actual state of the roads. Hence, Bob Bennet, chief innovation officer in Kansas City, has created a system that combines sensors and predictive algorithms to predict potentially problematic spots. Bennet believes that the new system can anticipate potholes with a success rate of about 85%.

Concrete has its own say

We recently talked about Lorcenis, a self-healing concrete designed to resist extreme conditions like those found in offshore wind farms. Along the same lines, scientists from Binghamton University (NY, EEUU) and Rutgers University have suggested a solution to tackle the country’s aging infrastructures. When it comes to reinforced concrete, the main issues arise from the cracks that allow water to reach the metal mesh, which rusts over time.

On this occasion, however, the research team hasn’t chosen to use sophisticated nanotechnology. Instead of that, they have made use of one of the oldest and most fascinating living organisms, and the largest ever recorded. Fungi, just in case you didn’t guess it. Congrui Jin, the professor leading the research, explained that, once mixed with the damp concrete, the Trichoderma reesei spores can work as a powerful ally to repair the first cracks in the material. Usually, these spores are in a dormant state. However, when the first cracks begin to open, water and oxygen make their way into the concrete, activating the fungal spores, which germinate and precipitate calcium carbonate that, in turn, seals the cracks. This process could technically go on almost forever. This smart material system, however, is still in a very early stage of development, as the researchers are still working on the adaptation of the fungus to a hostile environment like the one of concrete.