History is full of fierce rivalries and battles for technological supremacy. Edison's direct current versus Nicola Tesla's alternating current, Beta versus VHS or Microsoft versus Apple exemplified different visions of the future. In the case of mobility, the battle is taking place between electric batteries and hydrogen cells. For now, electricity is winning the day, but hydrogen is far from having thrown in the towel as a green power source. One example is the innovative hydrogen bicycle designed by a Dutch company in collaboration with an Australian hydrogen cell producer.

In this article, we will address these points:

What is a hydrogen bicycle?

One of the drawbacks of electric batteries is their low power-to-weight ratio. That is, the energy they produce per kilo is lower than other systems such as combustion engines. In a car, this ratio is acceptable, but in other cases, such as aviation, electric motors may only be used for short routes.

In the case of bicycles and mopeds, this power-to-weight ratio means a reduced range that limits them mainly to urban environments. The LAVO Bike offers an alternative. Instead of a lithium battery, it relies on a hydrogen fuel cell with lower weight and higher power. The hydrogen cell converts this gas into electricity with high efficiency. So much so that, thanks to its power of 40 kW/hour, a tank of 1.2 kg allows a trip of almost one hundred and eighty miles.

However, it's not the world's first hydrogen bike. That honor goes to the Alpha bikes used at the 2019 G7 summit in France. The advertised range of this model was over one hundred miles, with a recharge time below two minutes.

How exactly does it work?

Returning to the LAVO Bike, it is a hydrogen cargo bike consisting of the following features: 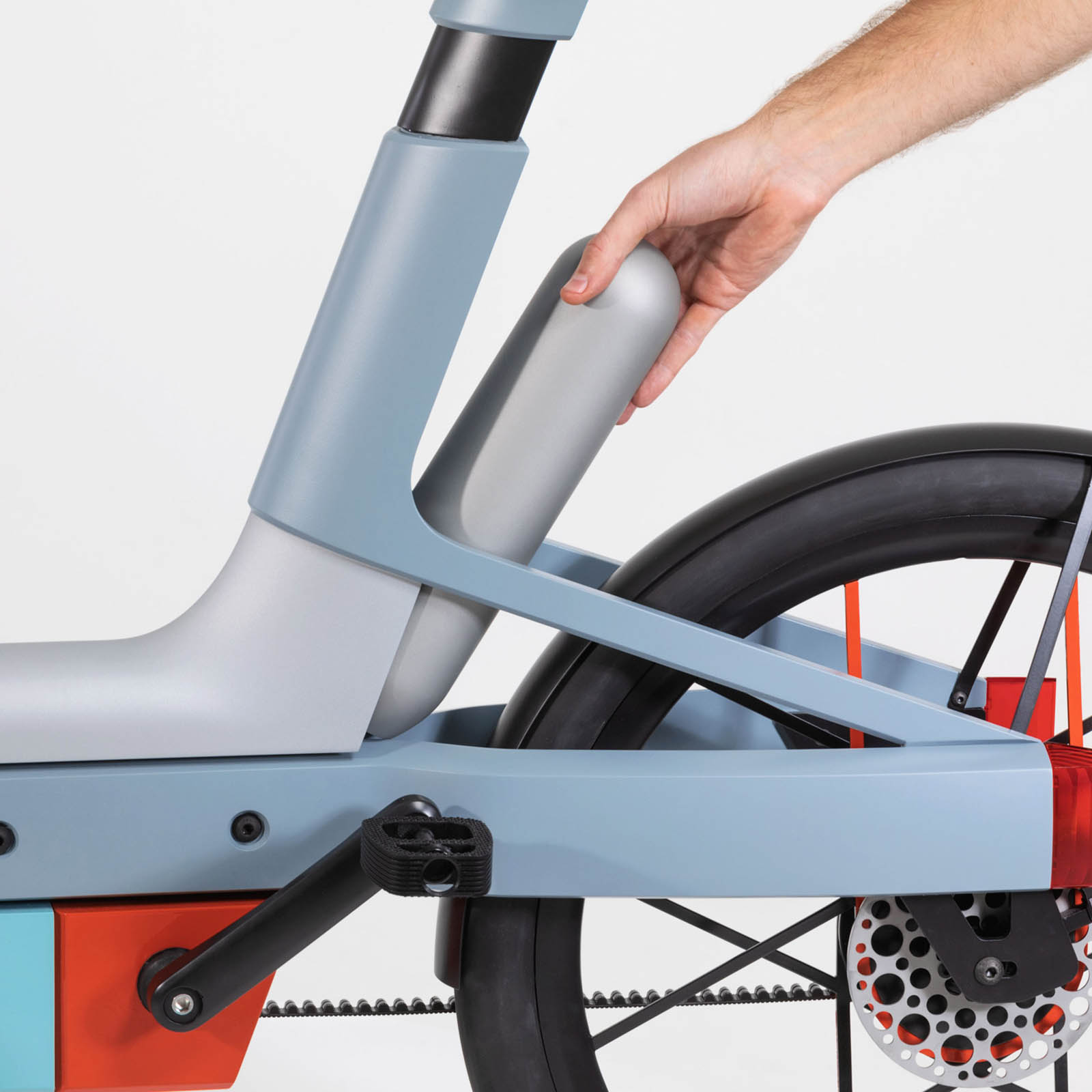 The last component can be used as a storage solution for renewable energy from solar panels. The developers claim that this technology could power a house for two days.

In addition to offering a mobility alternative to cyclists, the LAVO Bike has been designed as a vehicle with enough power to transport small loads, which would make it an excellent ally for delivery companies. For now, it is a prototype scheduled for release in 2022, but it would not be unrealistic to think of similar hydrogen bikes on city streets in the next few years. Especially if hydrogen stations become a common sight.

Factors such as refueling speed, high range and zero carbon footprint could well tip the balance in their favor.

Why is it more sustainable?

As noted, this bike relies on green hydrogen from electrolysis powered by renewable energy. Compared to lithium batteries, hydrogen batteries do not require rare minerals or heavy metals. In addition, the combustion of hydrogen generates only water, at least in the case of fuel cells. It should be noted that hydrogen can be used in two ways as a fuel: 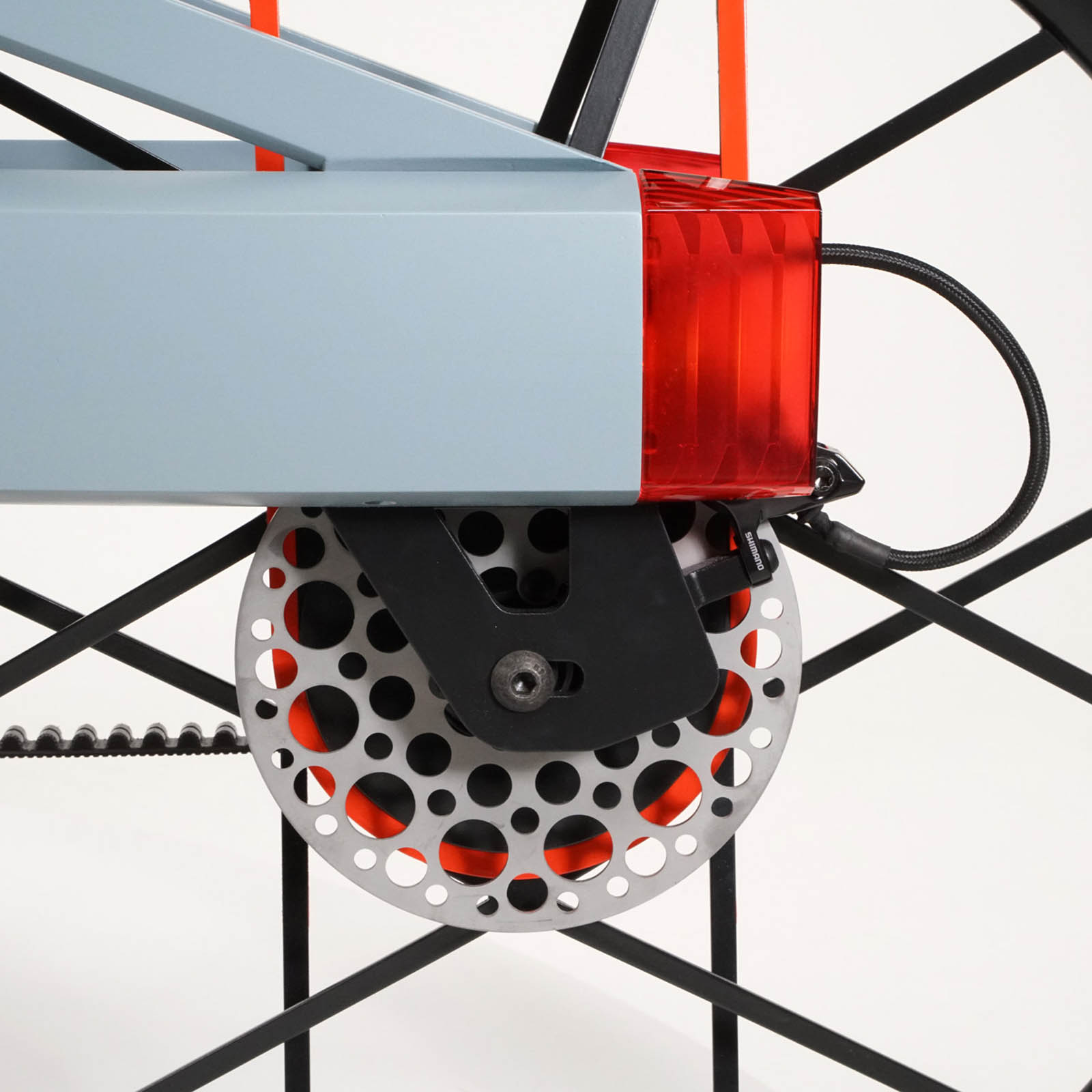 In addition, to know the green credentials of hydrogen, it is necessary to consider its color coding. In this article we explain the differences between blue, gray and green hydrogen. Of the three, green hydrogen is the most environmentally friendly, as electrolysis is carried out with renewable energy. This type of hydrogen is expected to become commercially profitable within the next decade. Who knows if by then this energy source, driven by projects such as the hydrogen bicycle, will prevail in the fight for more sustainable mobility. After all, as Airbus engineers remind us, the first internal combustion engines in the early 19th century used hydrogen instead of petrol.