It is often said that many of the plastics we produce will still be in the environment when our great-grandchildren are born. The problem arises because this type of petroleum derivative has no natural "predators, unlike organic matter." Or so it was thought until bacteria capable of metabolizing plastic began to be discovered. And not only that but also to produce biodegradable plastic. The latest scientific breakthroughs, which involve the development of new nutrients and the use of specific strains of bacteria, could offer the solution to this headache.

In this article, we will talk about:

Breaking down plastics with bacteria

In 2016, at a plastic bottle recycling plant in Osaka, Japan, scientists made a surprising finding. While examining sludge outside of the plant, they detected a bacterium called Ideonella sakaiensis capable of "devouring" PET plastic, the most common raw material in bottle production.

While they found that the metabolization rate was too slow for these microorganisms to have a practical application, it opened the door to a new line of research in environmental plastic disposal.

The challenge is that plastics have existed in the environment for a few decades, which means that bacteria have not yet learned to process them. But perhaps evolution can be given a leg up. Genetic engineering techniques that enhance the bacteria's abilities are being applied to achieve this. Thus, in 2018, scientists in the US and the UK succeeded in speeding up the process so that bacteria metabolize plastic in days.

In parallel, it has been discovered that certain strains of fungi also can degrade plastic. However, the use of microorganisms is not limited to destroying existing plastics but also makes it possible to produce biodegradable plastic.

At the end of 2021, it was announced that a group of scientists at the University of Nebraska-Lincoln had used lignin, a natural polymer present in wood pulp and discarded in paper production, to enhance the abilities of a bacterium that goes by the name of Rhodopseudomonas palustris. This microorganism is capable of producing PHB, a biodegradable plastic. 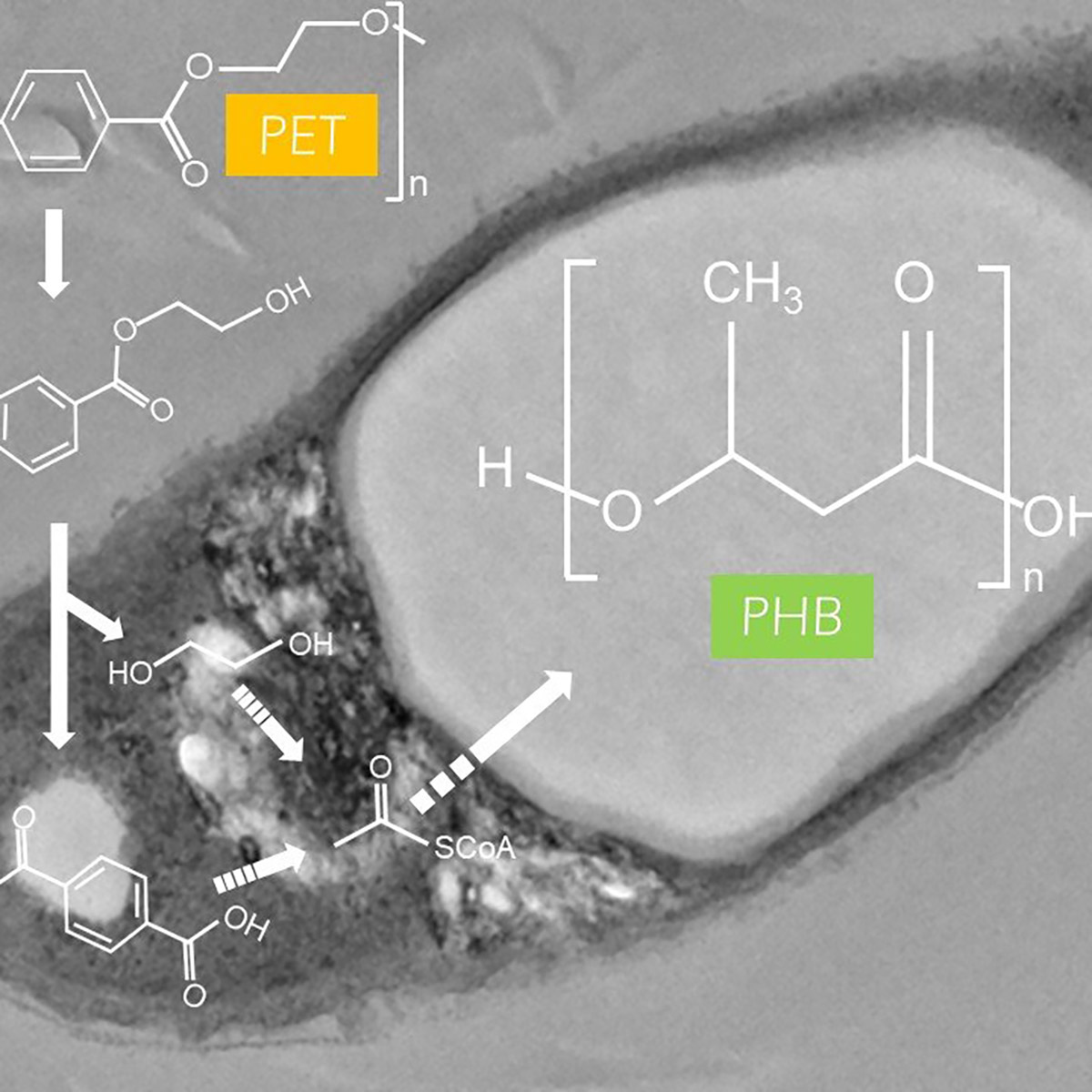 By using lignin from renewable sources, it will be possible to multiply the production of PHB, a material that degrades within three months of being exposed to the elements. This technique is expected to contribute to the commercial viability of bioplastic in the near future.

In addition, the latest scientific research indicates that other bacteria such as the one mentioned above are also capable of producing biodegradable plastic. The challenge is to do it fast enough and on a large scale.

In the case of biodegradable plastic, the most outstanding research efforts are devoted to obtaining more resistant and durable materials without giving up on their complete degradation in the environment. If these two qualities can be combined, it would be a giant step forward in the transition to a circular economy.