One of the most striking scenes of Terminator 2, a film that recently celebrated its thirtieth anniversary, shows the robotic hand of the cyborg played by Arnold Schwarzenegger. Undoubtedly, the fascination generated by the image responds to the complexity of the movement that replicates the gracefulness of human joints. Until recently, such technology was the stuff of science fiction. After all, achieving a robotic device with the precision, maneuverability, and varying levels of accuracy of such a human limb is a real engineering feat. However, the latest scientific breakthroughs bring us very close to that fantasy. And, hopefully, without the part of machines becoming conscious and taking over the world.

In this article, we will clear up some doubts about robotic hands by addressing these points:

The new generation of robotic hands

A team of Korean researchers recently published a paper in the journal Nature Communications showing one of the most advanced robotic hand models to date. The key lies not so much in its strength but in its gentleness. Of course, robots have been used in industrial plants since the mid-20th century.

The first of these, called Unimate, was used in the automotive industry. This model was equipped with grippers and could lift heavyweights. But neither it nor its successors could hold a hen's egg without damaging it.

The IDLA (linkage-driven dexterous anthropomorphic) hand is set to change that. The device features four fingers and a human-style thumb. In addition to their respective joints -twenty in all- those fingers incorporate sensors in the "fingertips."

The total size is twenty-two centimeters and weighs just over one kilogram. But what exactly can it do? Here are some of the abilities of the Korean robotic hand: 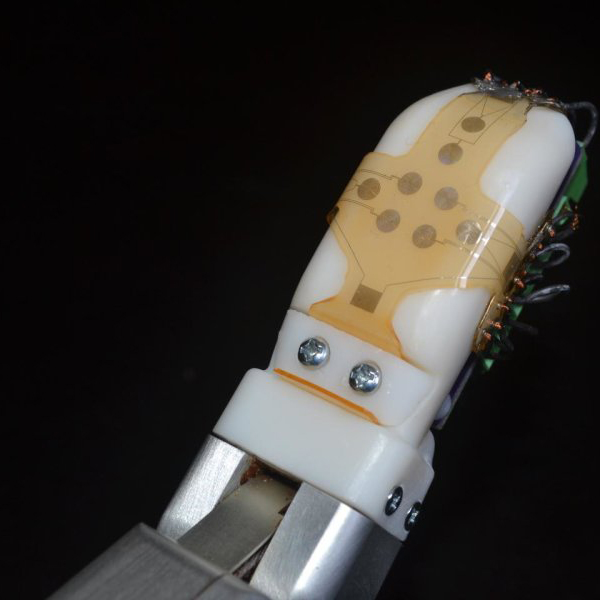 This is not the first time we have talked about robotic hands on this page. Several initiatives showcase the various approaches to this technology. Each addresses different challenges, from the sense of touch to the ability to grasp fragile objects. Here are a few examples:

Advances in this field are not limited to laboratory feats. With a little luck, we will start to see these technologies in the real world. Paradoxically, one of the most promising applications will not be in robots, but in human prostheses.

Thus, both new tactile systems and pressure control technologies will enable the development of artificial hands.

One of the models that has caught our attention is that of a solar-powered bionic hand. This invention also uses artificial intelligence to interpret the signals from the muscles to which it is attached and convert them into movements.

Such robotic hands are also expected to have their place in high-precision applications such as surgery or the control of machinery in hazardous environments such as nuclear power plants.