Nanorobotics, like graphene, have been trending topics in research for years but are still far from full industrial production. Everyone is aware of its potential, but the technical hurdles remain. Fortunately, research is progressing steadily. The latest invention that would allow the world's tiniest robots to take a giant leap forward is a camera barely the size of a grain of salt.

Imagine for a moment that, instead of using a bulky CAT scan or intrusive endoscopy, an almost invisible robot could inspect your arteries or the most inaccessible corners of your heart. Those could be some of the of applications enabled by a new camera designed by scientists at Princeton University in the U.S. It is the size of a grain of salt and works in a radically different way from traditional lenses.

An alliance between metasurfaces and neural networks

The inventors of this new device claim that the image quality is similar to a camera 500,000 times larger. To achieve this, they have had to reinvent the camera concept and resort to a combination of hardware and software based on neural networks. This is how they succeeded.

Firstly, their camera looks more like a microchip than a lens. In fact, the primary material is silicon nitride, used in the production of semiconductors. Thanks to it, instead of using a lens to bend the light rays, they have squeezed 1.6 million cylinders into a space of less than half a millimeter. Each of these cylinders has a different size to emulate the effect of a lens. Thus, they operate as optical antennas. In scientific jargon, this array is known as a "metasurface."

What is a metasurface?

To understand what a metasurface is, we must first talk about metamaterials. These are structures designed at the micro- or nanoscale that interact with light and other types of energy in ways unknown in the natural world. One of these is negative refraction, a phenomenon that opens the door to such exotic results as invisibility or superlenses of unprecedented capacities, such as the Princeton University camera. Thus, metasurfaces are films that leverage the qualities of metamaterials.

However, the physical part is only one element of the equation. The developers' second achievement has been to create a design that processes signals through a neural network. This processing system achieves sharp images in natural light conditions. 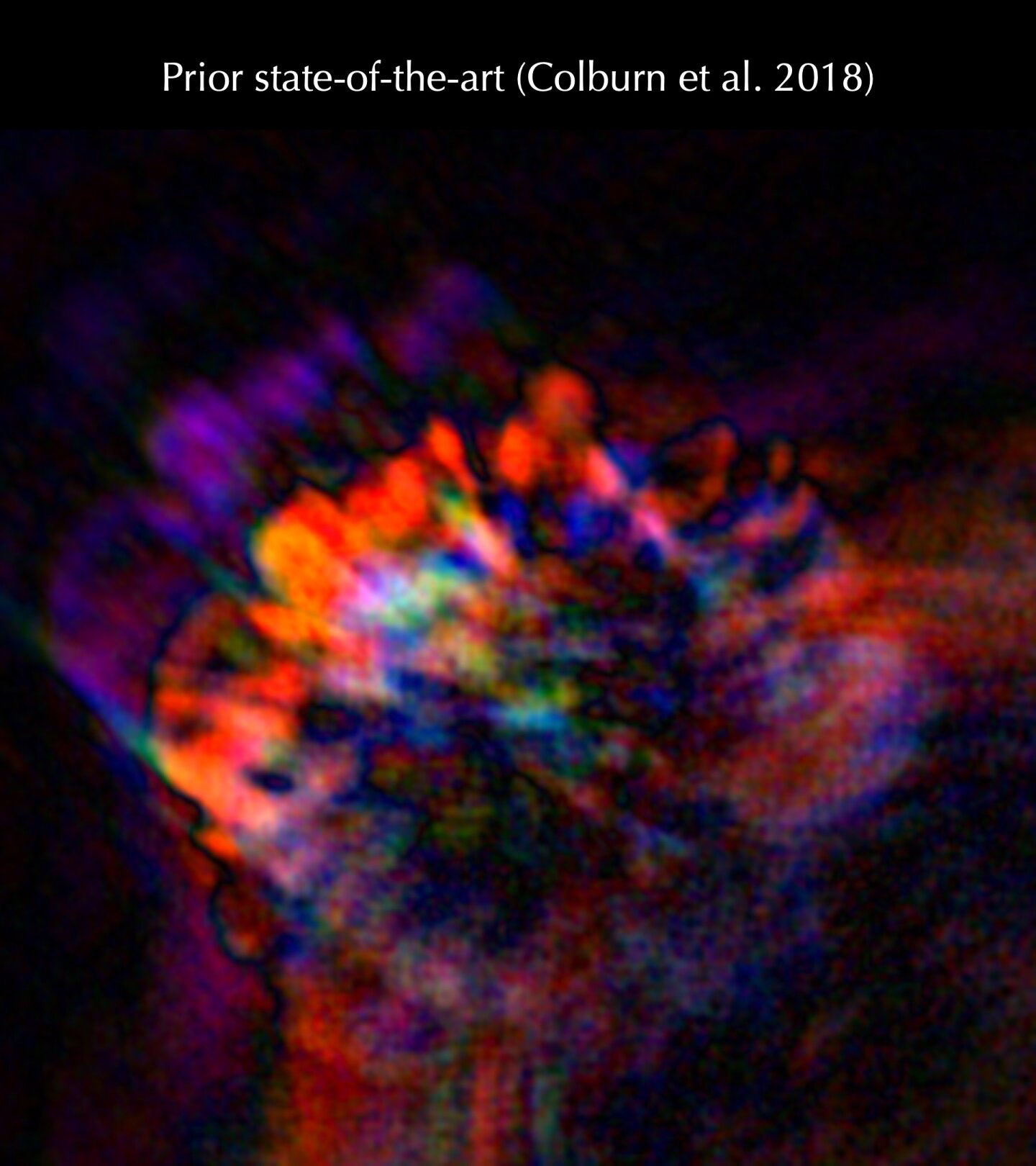 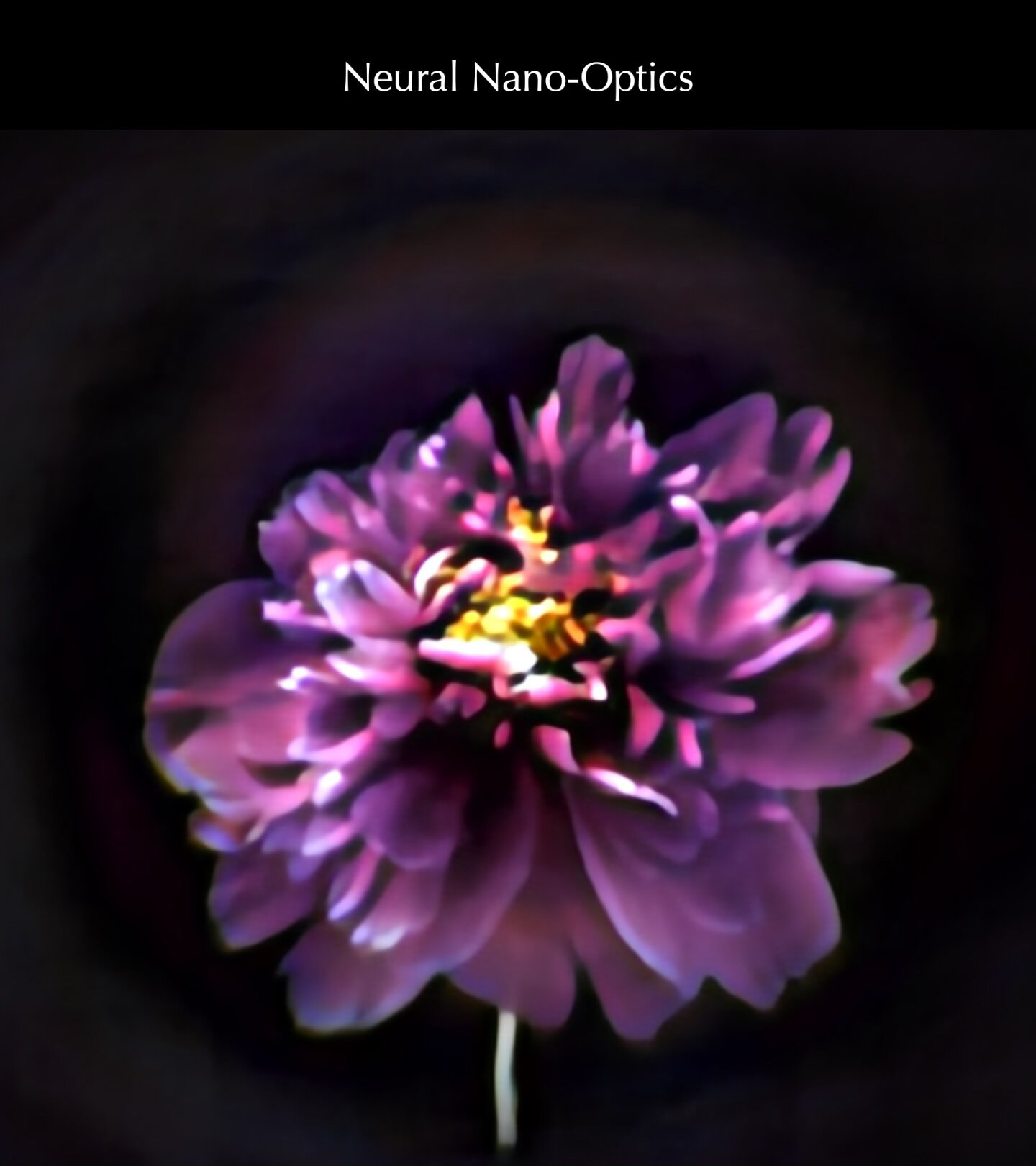 Now, by combining metasurfaces and neural networks, images equivalent to those of a camera with six lenses and half a million times the size can be obtained. The researchers point out that, although the metasurface approach has been tried before, this is the first time the two techniques have been brought together.

The development team is now working on improving its technology to add new functionalities such as focusing and detecting objects. These innovative capabilities could have applications in medicine and robotics.

However, one of the unique possibilities would be to harness metasurfaces to convert any surface into a high-resolution sensor. In this way, the surface of a cell phone could become a camera and dispense with today's ever-increasing number of lenses.

At this rate, the term "metasurface" may start making waves in research and innovation environments in the next few years.

If you found this advance interesting, you can check out some of the articles we have dedicated to the most outstanding scientific breakthroughs of recent times.