Environmental issues as deforestation or rubbish dumped in the countryside stand out painfully. However, the deterioration of the seafloor ecosystems usually passes by unnoticed except for the researchers.  The devastation of Posidonia fields or the bleaching of coral reefs are but a couple of examples. In fact, a plastic bag was recently found at the bottom of the Marianne Trench, the deepest seafloor in the world. Therefore, developing technologies to monitor the health of the seas is of the utmost importance. While a few months ago we talked about a robotic fish, this time we will be exploring the potential of a new autonomous technology: robot jellyfish.

The researchers from Florida Atlantic University (FAU) were looking into the possibility of creating a flexible and versatile technological device that could make its way into narrow undersea openings. When they mulled about sea creatures that could inspire them, they soon thought about jellyfish. Firstly, because of their soft tissues and, secondly, because of their natural neutral buoyancy. The scientists at FAU worked around these characteristics to develop five devices with varying degrees of softness, aiming to create a robot better suited for undersea exploration.

As a starting point, they created a 3D-printed design. Each model integrates eight tentacles inspired on the moon jellyfish. Each tentacle, in turn, has a channel that connects to the center of the robot and makes use of hydraulic propulsion, with four connected to each side of the machine. In this way, the robot jellyfish can steer and move sideways by using just four of its tentacles. The robot can also rotate and go up or down. The design is completed by a central processing unit that includes a battery and a chipset.

Thanks to the silicones used to manufacture them, these biomimetic robots can explore the nooks of a coral reef and establish its health.

The next goal is to add a range of sonar-based sensors that will allow the device to calculate the space around it. 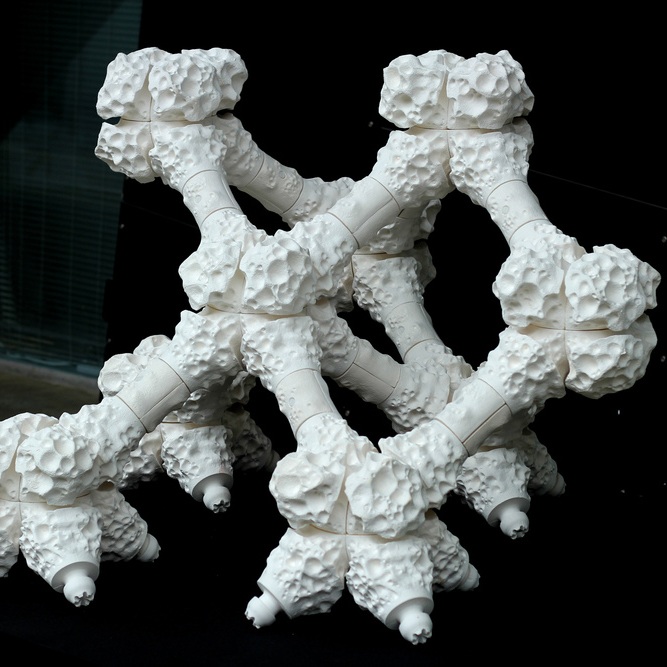 While the preservation of these submarine ecosystems is an undeniable advance, the implementation of 3D-printing techniques is no less worthy of praise. This is the strategy adopted by Reef Design Labs, a company specialized in creating ceramic reefs through additive 3D-printing that has already put into place its models in far-flung places like the Caribbean or the Maldives. The team behind this innovative technological project submerge their structures with fragments of living coral attached to achieve their full colonization over time. In the long term, they attract seaweeds and fish, creating new ecosystems. In fact, besides a rich fauna, if you go scuba diving in the Maldives you might come across the largest artificial coral reef in the world.