In recent months, Cape Town was a few weeks away from the so-called “Day Zero”, when their reserves of drinking water were to be completely depleted. This served as a stark reminder of an issue that affects many regions in the world, especially in the global south. Besides water reservoirs and aquifers, one of the most common solutions for extreme cases is the construction of desalination plants. However, despite the undeniable improvement of their efficiency through the use of osmotic technologies, these plants require a lot of resources and are too expensive for many countries. That’s why, in areas that don’t require large amounts of drinking water, fog-harvesting systems have become an attractive option. One of the latest iterations of this type of technology is a harp-like prototype. 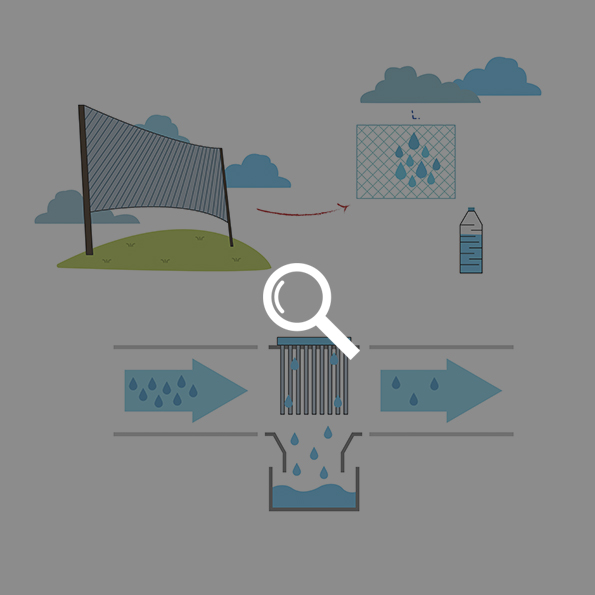 Backed by the Virginia Tech Institute for Creativity, Arts, and Technology, a team of researchers has adopted an approach that will increase the efficiency of current fog-harvesting methods that use mesh, and which have been in use since the 80s. One of the main issues with the nets used up to now is that water droplets pass through without catching on the net’s wires if they’re to widely-spaced, but if they are too close together, droplets will frequently clog  the mesh. Now, a biomimicry-based solution could fix those problems.

In California, coastal redwoods rely on fog drip for about one-third of their water intake. Their needles, unlike the crisscrossing wires of conventional mesh, are organized in a linear array. Inspired by these structures, researchers created a kind of harp composed of hundreds of ultra-thin parallel wires. Droplets slide down the wires due to gravity. Subsequently, the researchers improved the system until they found the optimal diameter of the wires (clue: the smaller the better). The most recent version of these “harps” is three times more efficient than conventional fog nets. Their latest prototype includes 700 wires per square meter. This cheap, simple and efficient technology will undoubtedly improve the access to drinking water in dry climates. There are, however, more complex technologies that achieve the same goal. 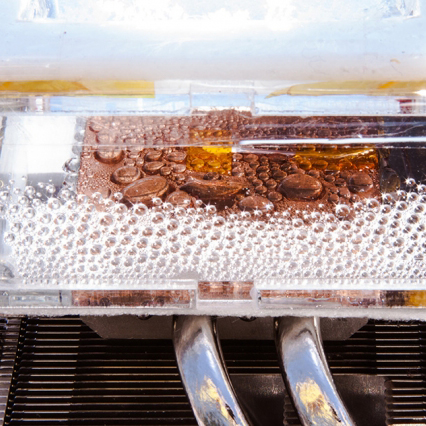 In 2017 a group of researchers developed a prototype able to collect water vapor in the air even under extremely dry conditions. To that end, last March they published a paper in the journal Nature Communications where they announced an improved version of their technology. Unlike the harps mentioned above, they have made use of a sophisticated material. Their approach is based on metal-organic frameworks (MOFs) composed of metal ions and organic compounds.  In contrast to net-based solutions, this porous material can harvest water under extremely dry conditions—including down to 10% humidity. Also, the system requires neither pumps nor compressors. As a bonus, the prototype can operate with solar power and without a power supply.

Condensation is another technique used to harvest water from thin air. It works based on the same principle as AC units, which generate water while operating. Currently, Water-Gen, an Israeli company, provides condensation-based equipment to armies and NGOs all over the world, especially in isolated regions where drinking water is unavailable.  Their technology, which requires an external power supply, can deliver up to four liters of water per kilowatt. The company also provides systems for rooftops, thus making buildings self-sufficient in terms of their water consumption.