The use of artificial intelligence in construction is opening up unprecedented possibilities. AI can streamline processes and optimize building construction, from calculating changes in structures in real-time to determining the materials with the lowest carbon footprint. One of the most exciting applications of recent times is the University of Michigan's technology project, which has gone a step further to develop a system that automatically generates new designs. The research has just been published in the International Journal of Architectural Computing and promises to put new tools in architects' hands. 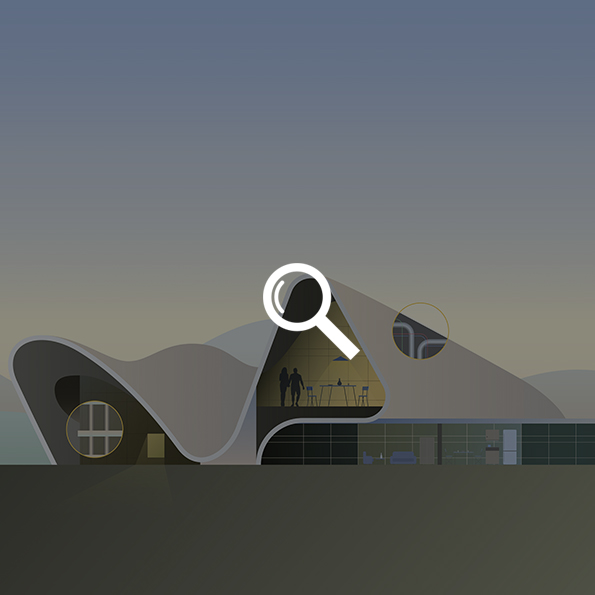 The first step of the project involved working with 2D-to-2D neural networks, i.e., transforming an image to adopt a particular artistic style. For example, to make a drawing look like the work of a classical painter such as Rembrandt. They then applied the model to buildings, translating them into different architectural styles. Thus, a Gothic building could become a Brutalist one. The next step was to apply the algorithms to 3D structures. Working with OBJ files, an exportable 3D standard, they used convolutional neural networks (known as CNNs) to learn from a database of architectural designs. Finally, it was time to dream up new buildings.

The term "dreaming" is not gratuitous, as they have used algorithms such as DeepDream, a technology that emulates the human dream world, to generate new designs. One of the first applications is the Robot Garden project, which will serve as a testing ground for bipedal robots. The researchers clarify that the resulting designs are not functional at the moment, but they can become sources of inspiration for architects.  Moreover, these results could transform the idea of what architectural authorship is. Who knows if future buildings will be designed through the collaborative work between AI and the human mind.

What is parametric architecture?

While the University of Michigan researchers' work has a strong theoretical component, AI is already making tangible contributions in the here and now. One of the most consolidated is the so-called parametric architecture. In this case, instead of fantastic designs, it is a matter of modifying structures and finding alternatives for the distribution of space. So-called generative algorithms are used for this purpose. The starting point is the introduction of parameters and constraints. For instance, the floor plan of a building should not exceed one hundred and twenty square meters. In this way, the height, the number of rooms, or type of materials could also be included. Once the initial design is established, it is possible to change any elements, and all other parameters adapt to the modification on the fly. Thus, instead of being a static design, it becomes a process similar to molding clay.

Another way of thinking about it is in terms of a responsive website that adapts to the device. If you view this article on your mobile instead of your desktop computer, you will see that text and images' layout changes substantially while maintaining the content. With a similar approach, the user can change a floor plan from rectangular to a square, and the software will redistribute the spaces accordingly. In addition to modifying basic floor plan layouts, the parametric architecture enables modulating organic forms such as those in the Guggenheim Museum in Bilbao, where architect Frank Gehry employed an artificial intelligence-based parametric design program.