Lab meat is already a reality that, little by little, is making its way to the table. Instead of slaughtering animals, it is possible to create different types of meat, from an entrecôte to a chicken breast, bypassing traditional farming practices. But what if the same principle could be applied to wood production? In addition to the environmental benefits, it has the potential to reduce production times significantly. After all, it can take decades for a tree to provide the raw material for our furniture and homes. The MIT laboratories believe that this is a viable alternative and have already begun to take the first steps to make it happen.

This innovative technology project stemmed from a visit of researcher Ashley Beckwith to a farm, where she wondered about areas ripe for optimization. One of them was that only a fraction of the harvested plant would be used for food or material production; was there a way to increase forested areas and improve ecosystems' biodiversity? The idea of lab plants was born. The first tests were carried out with living zinnia plant cells. The experiment was completed without the need for soil or sunlight. Instead, they used a liquid growth medium. Next, the cells were transferred to a gel and stimulated to generate wood-like structures. To achieve it, they used two plant hormones, auxin and cytokinin.

The scientists' team points out that plant cells can be used in a similar way to animal stem cells, modifying their behavior. In this case, they experimented with various levels of hormones to enhance the production of lignin, the polymer that gives wood its consistency. The team also drew on its expertise in additive manufacturing and 3D printing to shape this biomaterial. In this way, the gel operates as a kind of scaffolding on which cells can multiply. In the future, they point out, it would be possible to produce tables and chairs in one single piece, without glue or joints. It would be enough to use the mold to obtain the desired design. In short, it would be a new paradigm. 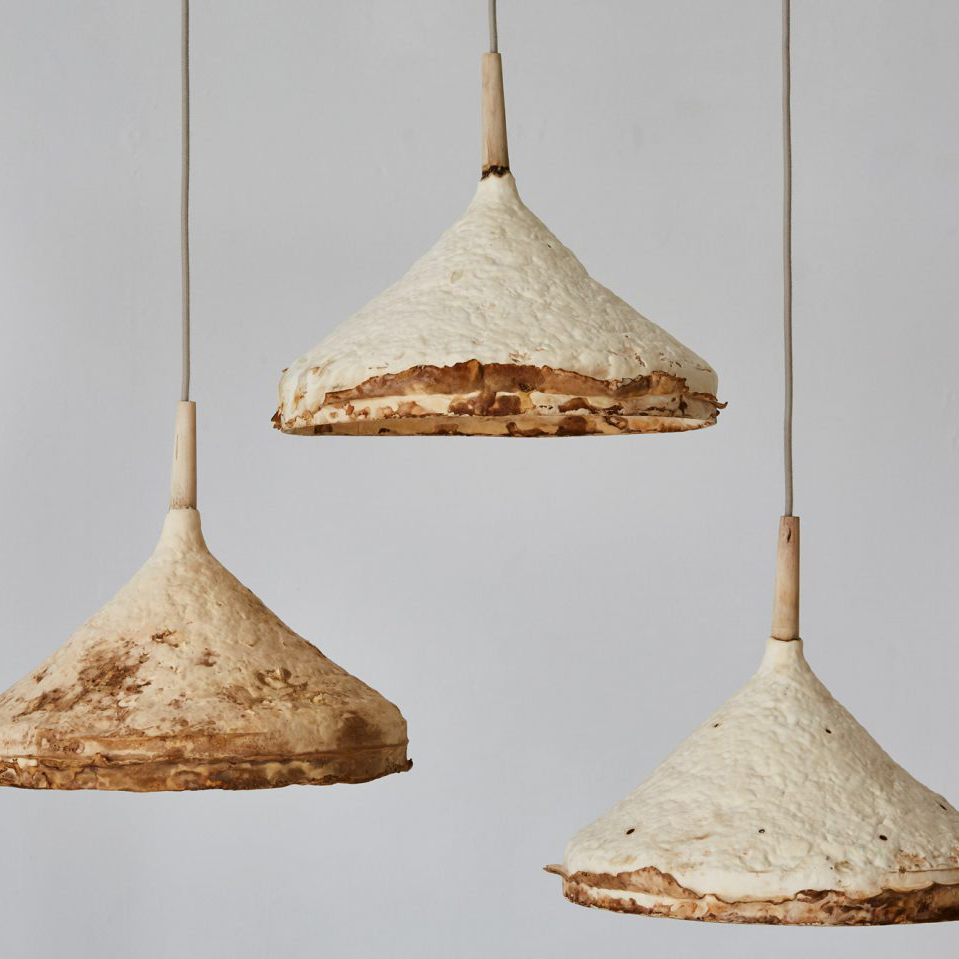 Other sustainable materials for furniture manufacturing

While MIT's research is promising, there is still a long way to go before it becomes a scalable and economically viable technology. Another sustainable furniture production technique being explored is based on fungal mycelium. The approach is similar to lab-grown wood but with fungi replacing plant cells. The mycelium, starting from a nutritious substrate, spreads throughout the structure and gives it rigidity. Finally, a heat treatment interrupts further growth.

One example of such an approach is the work of furniture designer Sebastian Cox and researcher Ninela Ivanova. The designs they have developed feature lamps and stools made from a combination of mycelium and wood waste. Ivanova points out that, in nature, fungi and wood often go hand in hand. This initiative, therefore, enables the combination of those two materials in everyday objects.

Mycelium as a raw material is also making its way into the fashion world. Recently, designer Stella McCartney presented her proposal for sustainable vegan leather created from mushrooms. The first piece is a two-piece bustier top and trousers that are virtually indistinguishable from natural leather.