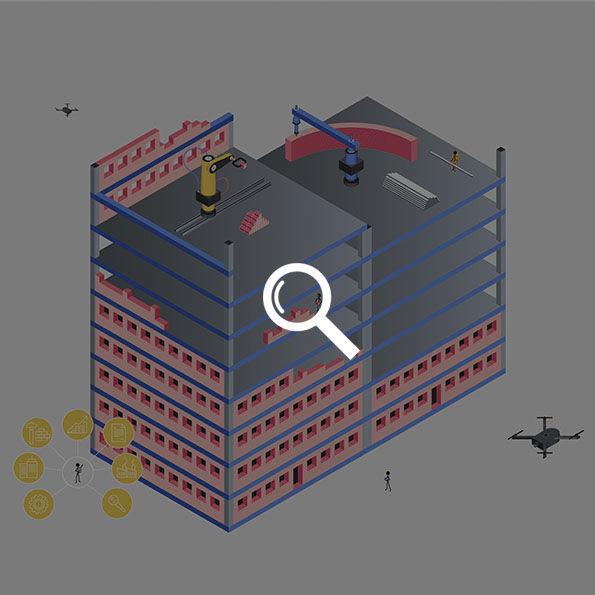 While companies like Oculus or HTC with its Vibe headset have gone done the virtual reality road, a new technology that has not gained mainstream status despite its potential, Microsoft chose another approach with its mixed reality HoloLens glasses. I.e., the overlapping of interactive holograms with the real world as their background. Together with augmented reality, the applications of this innovative technology have proved to be much more successful in the professional domain, especially in healthcare, where it assists surgeons in non-invasive operations, or in the business sector, where it helps with the on-site maintenance of machinery while providing hands-free assistance in real time. Construction is another field ripe for the new features of mixed reality, also based on the HoloLens hardware. This time, it is an innovative software developed by a company called Fologram that enables the construction of complex structures like curved walls. Although 3D printing and robotics have gradually replaced manpower, there are still many tasks that require human intervention.

For instance, if a complex wall —because of its organic structure or curved shape— needs to be erected, the process can be costly and time-consuming. Currently, the bricklayers need to follow a plan and rectify any errors on the go. Let’s imagine, however, that the worker is equipped with a pair of mixed reality glassed that show a hologram with the exact position of each brick. While the successive layers are put into place, the software projects the variations in the angle of each one, which speeds up the process and minimizes human errors. That is the simple but efficient concept behind Fologram. The results speak for themselves, two bricklayers need less than seven hours to erect a curved wall that, with traditional methods, would have required two weeks’ worth of work and many rectifications. Moreover, paired with this software, the mixed reality glasses provide a powerful training tool for new workers, guiding them step by step throughout the process. 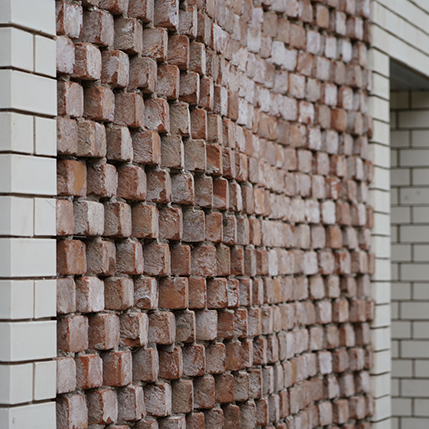 Finally, the value proposition of this technological project goes beyond the physical and virtual environments, as it will also enable man-machine communication within the 4.0 industry world and the Internet of Things. Thus, in a work site with a 3D printer, the operator would be able to specify each required element and even work without plans, as the software will be assessing the load paths on the spot.

What is the difference between mixed reality and augmented reality?

Even though almost everyone is acquainted with how a virtual reality headset works, that is, by creating an entirely digital reality, there are subtler differences between augmented reality (AR) and mixed reality (MR). The former overlaps holograms without interacting with physical reality. The usual example of this technology would be the projection of virtual screens providing information to the user while also seeing the physical space, such as the Google Glass hardware. The latter, however, combines virtual reality and augmented reality to enhance interactivity by introducing virtual objects in the physical reality and the other way round, as well as allowing to manipulate them like physical objects. I.e. a 3D projected chair would disappear if there is another piece of furniture hiding it from view. If we came closer, we could lift it and place it somewhere else in the room. Eventually, virtual, augmented and mixed reality will come together in single multifunction devices