The longhorn beetle that lives in volcanic areas of Southeast Asia has inspired a new construction material capable of cooling buildings and devices. But what is so special about this creature?

If you follow the news, you will be aware of the eruptions that have been recorded in Hawaii, Iceland, or the Canary Islands in recent years. Lava exceeding 1,000 degrees Celsius, toxic gases, ash, or incandescent rocks constitute a life-hostile environment.

However, just like the bacteria that proliferate in underwater vents, the longhorn beetle manages to survive in the surroundings of volcanoes. Known as Neocerambyx Gigas, this insect can withstand ambient temperatures above 40°C and soils that reach 70°C. The secret lies in its ability to dissipate heat.

Researchers at the University of Texas have created a passive cooling film inspired by Asian beetle fluffs that has proved unusually effective. Following the principles of biomimetics, they have replicated the triangular shape of their heat-dissipating structures.

The film is made of PDMS, a widely used flexible polymer, and ceramic particles. Subsequently, a microstamping process has been carried out. The result is a building material that could clad buildings and reduce their temperatures without additional energy. 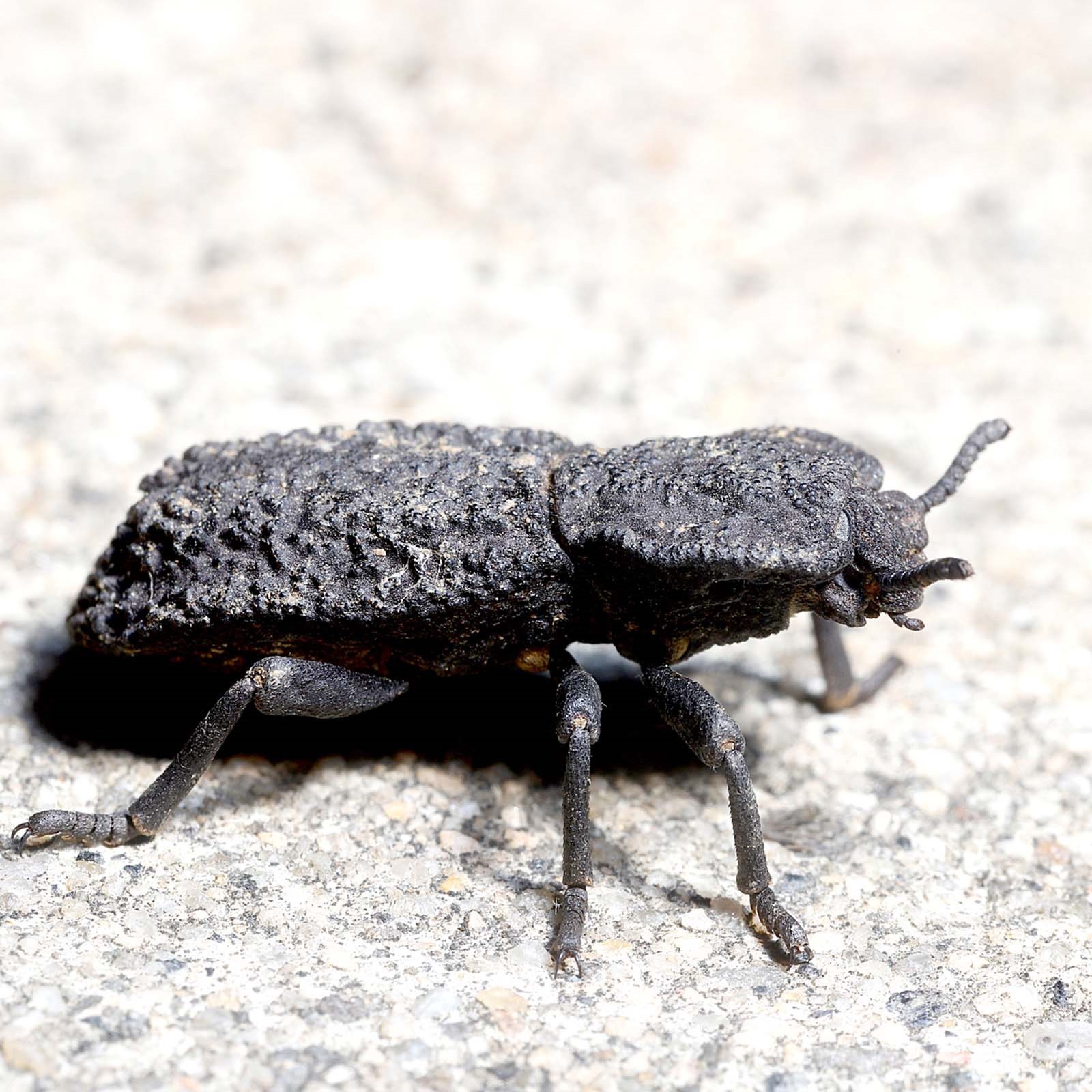 In the experiments, the radiant material has reduced the temperature of objects by up to 5.1 °C. This innovative material is not only applicable to the construction but could also be used in electronic devices or even clothing.

Along with the longhorn beetle, there is another species of beetle that has also sparked the interest of scientists. This is the diabolic armored beetle, which can withstand forces of up to 1,500 kilograms. That's about as much as a car running over it.

This resistance comes from the way its elytra fit together and distribute the pressure as if they were the pieces of a jigsaw puzzle. Following this finding, researchers at the University of California designed a high-strength and flexible carbon fiber composite that could be used in aviation and other industries.

Over the past few years, we have seen numerous scientific breakthroughs that have given birth to new building materials. Here's an assortment of the most innovative ones. 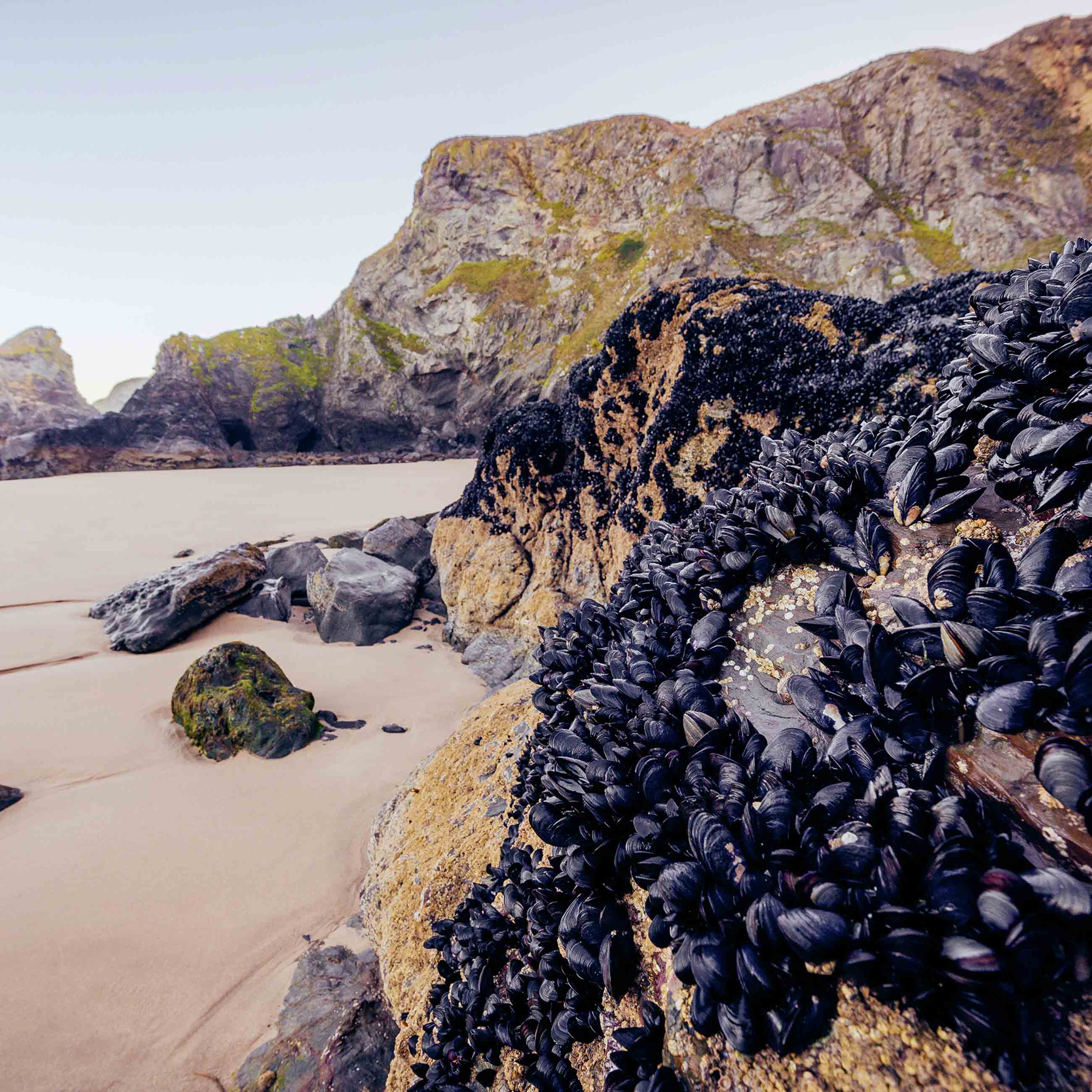 The building is located in the Galician town of Mariñeiros and could be the spearhead of a new architecture. Its mussel shape already gives away its construction philosophy: a house with walls, floor, and roof made of mussel shells. The initiative goes under the name of the BioValvo project.

The mollusk has been used to reduce quarried sand by up to 75%, while clay and lime replace the cement in the mix to reduce the carbon footprint. Right now, researchers at the University of La Coruña are aiming to establish the material's long-term strength and insulating capacity.

Concrete is one of the materials in which all kinds of alternatives are being investigated. As a building material with a high carbon footprint, greater durability, and techniques to sequester or reuse this greenhouse gas are being sought. In this case, it is a mixture of both.

MIT researchers are working with a synthetic polymer that integrates chloroplasts, which helps plants carry out photosynthesis. The material "digests" carbon dioxide utilizing sunlight so that it hardens and grows like a plant. The next step is the development of synthetic chloroplasts with greater durability that can be used in buildings.

This wood is really cool

The holy grail of architecture is buildings capable of reducing their temperature without artificial energy inputs. This is known as passive cooling. In addition to applying a new generation of reflective paints, one example is the use of a new type of wood, specially treated to cool houses. 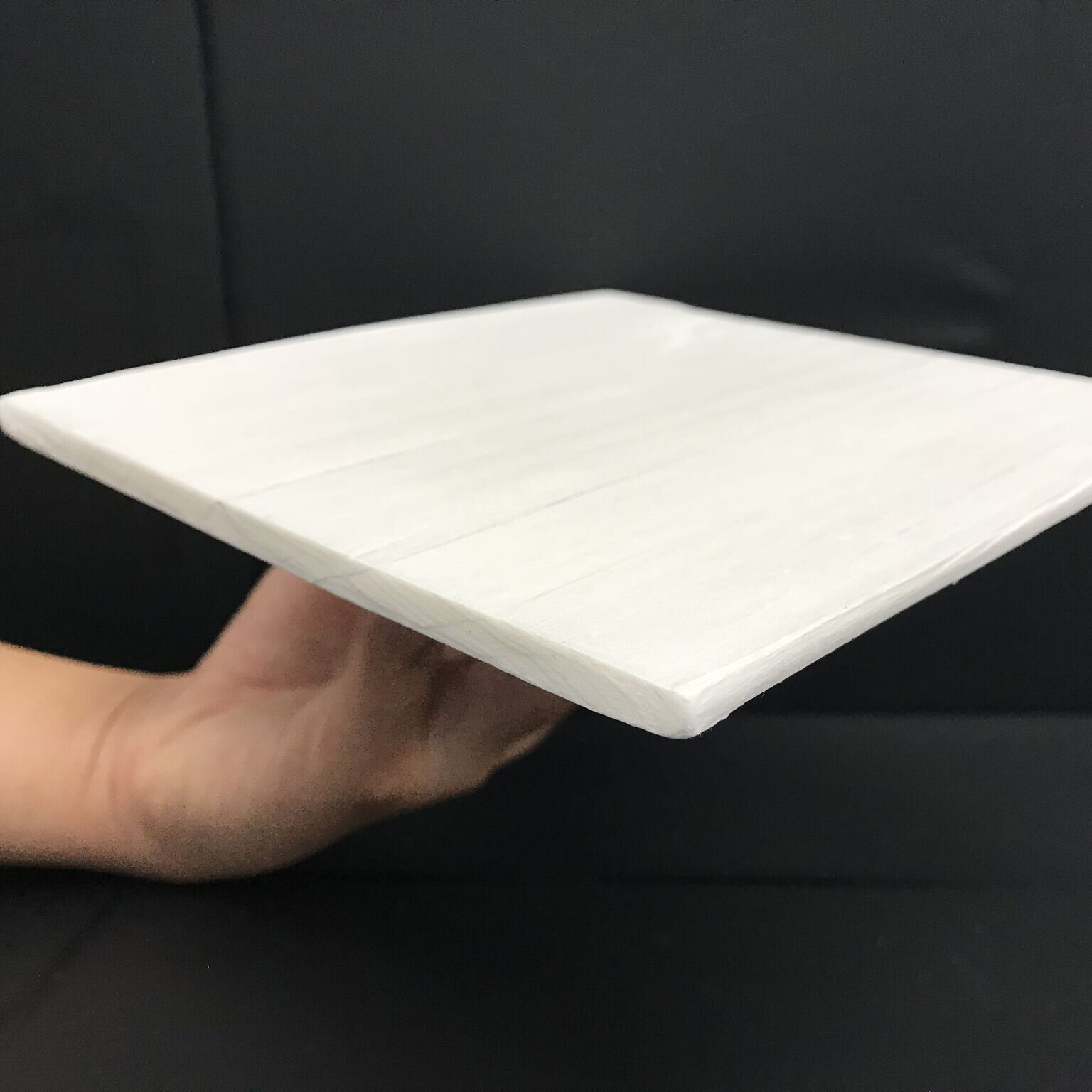 This innovative building material is obtained by removing lignin, a natural polymer present in the wood. After removing the lignin, which is an emitter of infrared radiation, the developers compacted the material.

The outcome is an almost white wood that reflects most of the solar radiation. On the other hand, its new composition absorbs heat and emits it as intermediate infrared radiation. Thus, it can reduce its surface temperature by up to 10ºC. And that's not all: the resulting wood is eight times stronger than its original strength.

Another passive cooling technique that has caught our attention also resorts to biomimetics. We are talking about the replication of pine cone structures. This time, however, the lignin is used for the opposite of the previous case.

In nature, pine cones open and close in the presence of moisture. This is because their fibers have a higher lignin concentration on one side and more cellulose on the other. Researchers at the Technical University of Munich (TUM) have replicated this property to create building materials sensitive to ambient humidity.

Thus, the platelets coated with the mixture they have developed rise when the air is dry and fall when there is high humidity. The resulting structures move autonomously and, when installed on roofs, make it possible to control the ventilation of a building. This is known as reactive architecture.

If you follow our website, you will know that we often talk about renewable energies. These are energy sources that, in addition to being clean, are increasingly competitive. And not only in the case of solar farms or wind turbines in open fields but also with domestic installations. However, in the case of photovoltaics, the integration of panels in buildings is not always easy, especially in the case of skyscrapers. But photovoltaic glass could change that.

It is a new generation of windows that, as the name suggests, are capable of generating electricity from sunlight. And at the same time maintaining its transparency. There are several techniques to achieve this, but among them is the application of a virtually invisible photovoltaic liquid, known as a transparent luminescent solar concentrator (TLSC), developed by Solar Window.

Another building material that we have talked about on numerous occasions is mushrooms. Called "mycotecture," this new architectural discipline is based on mushroom mycelium as a sustainable material with high insulating properties.

Instead of working with concrete or steel, mycotecture "grows" the bricks used by injecting fungal spores into a substrate. Following a growth phase in which the material gains strength and hardness, a heat treatment is applied.

This technique could also have applications in the colonization of other planets. The idea would be to use algae cultivated with water from the subsoil as a substrate for fungal growth.

But it's not all about innovative building materials. There is also the possibility of opting for new construction approaches such as the sunflower house we talked about recently. A building capable of optimizing solar radiation capture while enhancing ventilation and maintaining constant temperatures.