Sustainability in aviation is essential in environmental terms and, of course, in the sense that airplanes can sustain themselves in the air. Today, electric batteries are too heavy to achieve this, at least on long-haul flights. That is why companies like Airbus have been exploring the possibilities of hydrogen-powered aircraft for some time.

And while it is more energy efficient for this mode of transportation than electric batteries, challenges remain for fuel storage. A new ultralight graphite tank could be a game-changer. 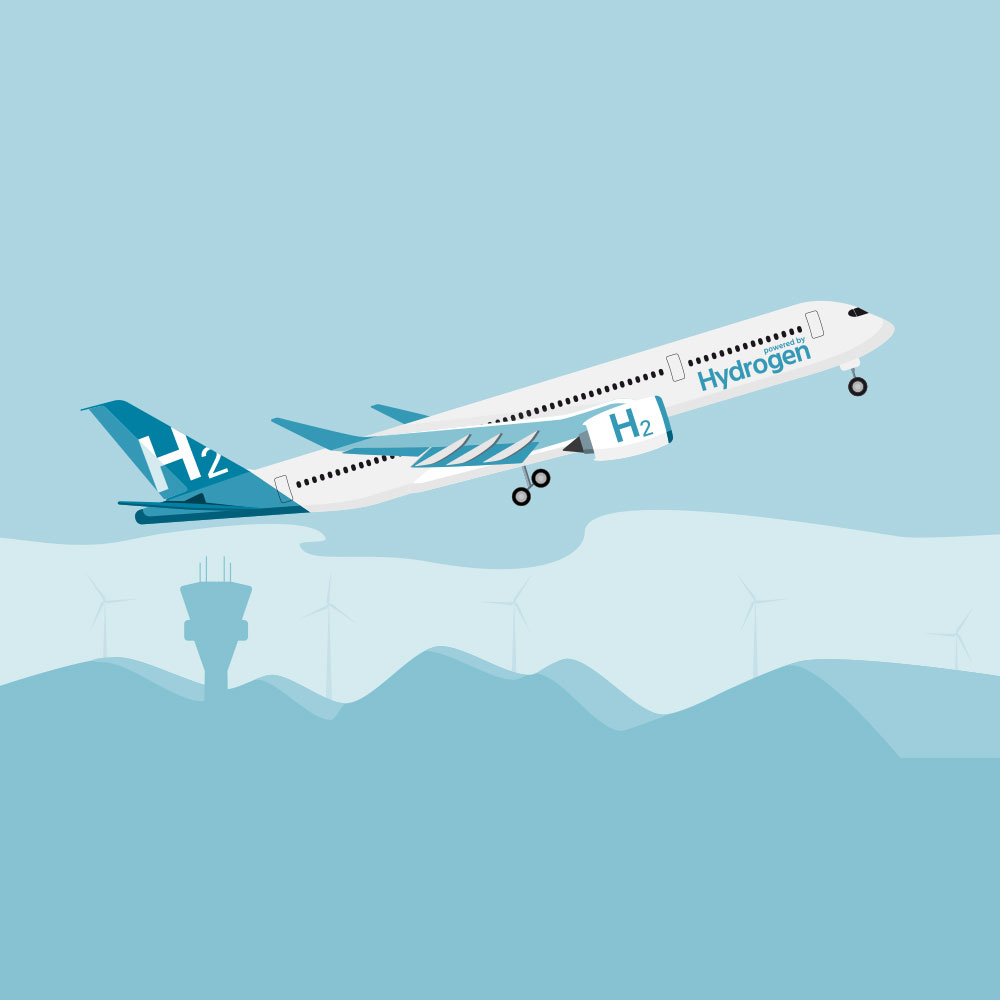 The challenges of the new hydrogen-based mobility require the involvement of numerous players: from the traditional aeronautical industry to disruptive companies seeking unusual solutions. In the case of hydrogen aircraft, Airbus has signed an agreement with a U.S. company dedicated to producing hydrogen fuel cells and a manufacturer of ultra-light cryogenic tanks that will allow a fourfold increase in the range of these aircraft.

The goal will be to combine ultra-light hydrogen fuel cells with tanks that offer the same efficiency in terms of weight; because hydrogen here is a question of weight. Typically, for every kilogram of hydrogen, nine to ten kilograms of storage material are needed. In other words, a 10% efficiency.

The new ultralight graphite tank developed through this collaboration has dimensions of 2.4 meters long by 1.2 meters in diameter, with a total weight of 67 kilograms. However, it can store up to 150 kilograms of hydrogen. Or, in other words: an efficiency of around 70 % in the new hydrogen aircraft. 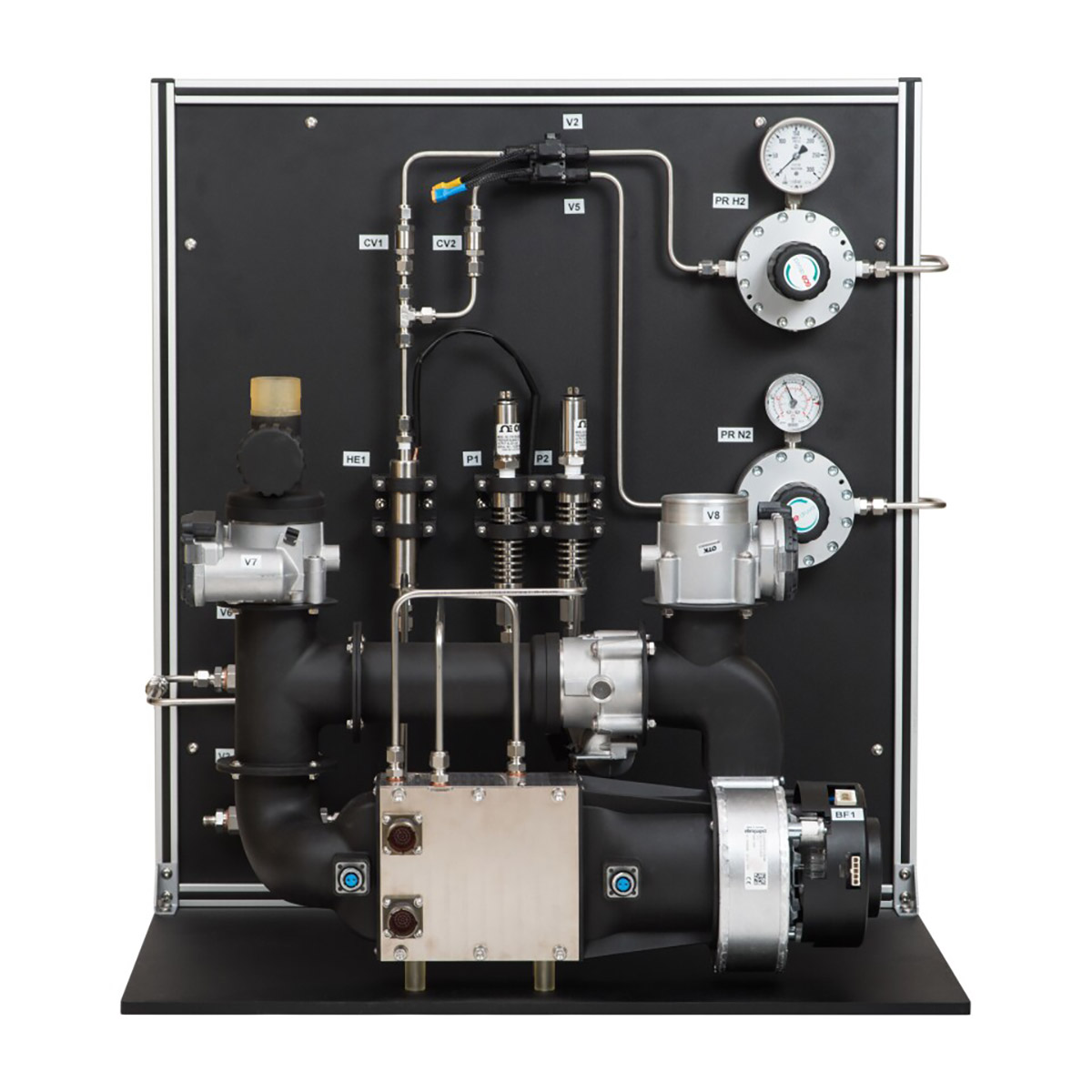 The developer notes that an aircraft such as the De Havilland Canada Dash 8 Q300, which seats about sixty passengers, offers a range of 1558 kilometers. Equipped with a tank and a hydrogen fuel cell, it could fly up to 4488 kilometers without refueling. And all this with zero greenhouse gas emissions.

If, in addition, the planes use green hydrogen, i.e., obtained from renewable energies, we could be talking about the birth of green aviation.

But this technology used in hydrogen aircraft has applications beyond conventional aviation. If there is a recurring theme in recent years, it is that of urban air mobility.

The recurring term in this field is eVTOL or electric vehicle with horizontal take-off and landing. In other words, the flying cars that promise to revolutionize mobility in large cities. As in the case of terrestrial mobility, electric batteries may not be the only alternative.

The same company collaborating with Airbus to develop new hydrogen aircraft has just opened a hydrogen fuel cell plant for flying cars in the United Kingdom and has sealed a deal with an Israeli startup to equip its taxi drone with hydrogen technology.

Under the name CityHawk, the Israeli company's air taxi offers an unusual design featuring two oversized rotors integrated into the chassis that are only visible at a ninety-degree angle. With this new arrangement, the aim is to offer a more efficient urban air mobility alternative. Together with technologies such as big data, these solutions will help drive more sustainable and less congested cities.

Unlike hydrogen, which still requires advances in fuel cells and storage systems, some fuels work with today's engines with little modification. We are talking about technologies capable of converting methane from landfills into a more eco-friendly fuel mixed with 30 % kerosene.

The new fuel, developed by the U.S. National Renewable Energy Laboratory, is expected to be tested in aircraft by 2023, reducing net greenhouse gas emissions by 165%. That is the equivalent of eliminating methane from landfills while reducing kerosene used in aircraft.

Of course, alternative fuels are not the only shortcut to sustainable aviation. In addition to aircraft powered by hydrogen or biofuels, innovative designs such as this V-shaped aircraft can reduce emissions by 20%.