Have you ever sat on a tile at night and felt the residual heat of the day after a long summer's day? That infrared thermal radiation had so far been wasted. However, it could become a source of solar energy at night and a new green power that overcomes the shortcomings of current photovoltaic technology.

After all, the lack of a continuous supply at any time of day is often considered the Achilles heel of solar energy. To alleviate this situation, new technologies in development can harness this type of renewable energy at any time, such as the V2G technology that uses electric car batteries to stabilize the grid. Now a team of researchers at the University of New Wales (UNSW) in Australia has presented another – still experimental – solution.

The warm summer tile mentioned earlier is part of a phenomenon whereby the earth cools down every night by emitting infrared radiation into outer space. This type of radiation that night vision cameras capture allows us to see warm-blooded living beings or the running engine of a car. This energy could so far only be leveraged for wildlife surveillance or monitoring systems. Fortunately, UNSW scientists have now devised a solution to capture solar energy at night and convert it into electricity.

Specifically, and based on mathematical models developed by the same laboratory, they have used a semiconductor device known as a thermoradiative diode. Instead of using it to capture images, they have used it to generate electricity from the emission of infrared thermal radiation. For the moment, the energy generated is a hundred thousand times less than that obtained from a photovoltaic panel. 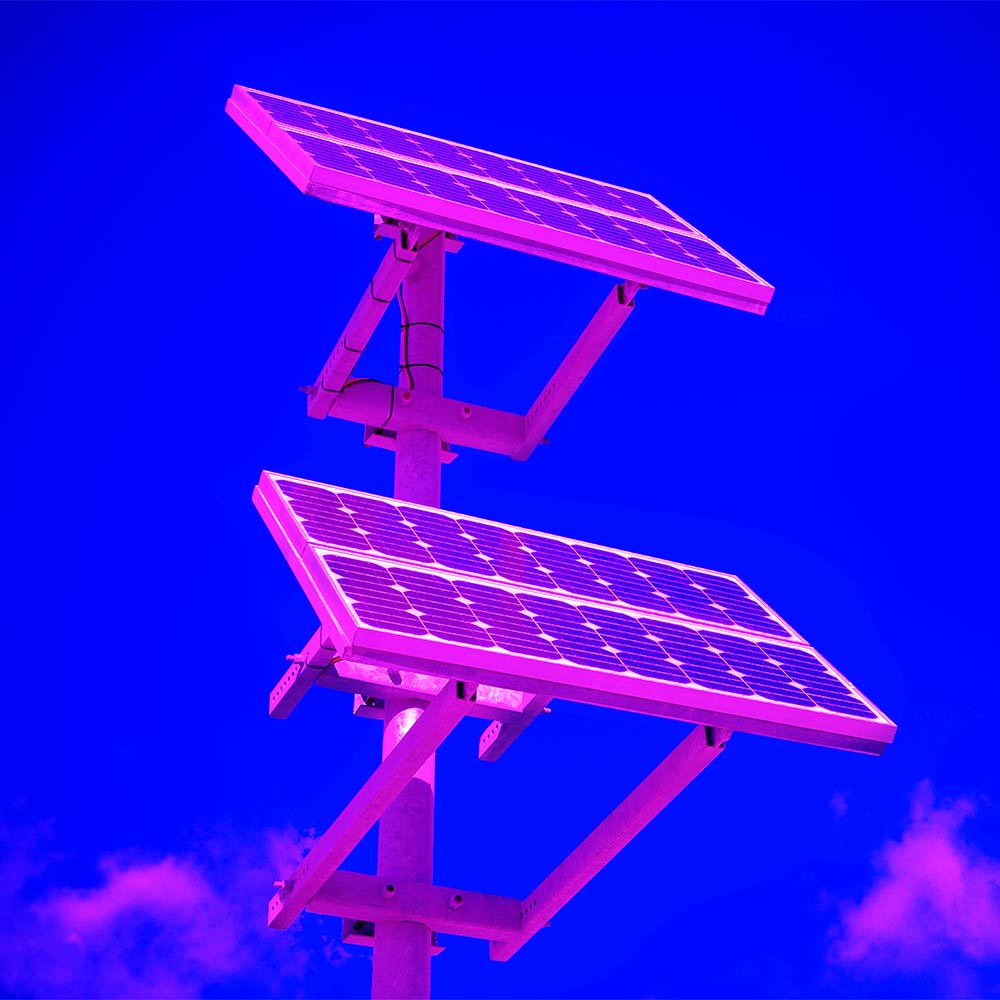 However, scientists point out that the first silicon photovoltaic cell, developed by Bell Laboratories in 1954, was only 2 % efficient. Today, the most advanced photovoltaic panels exceed 20 %. The development team believes that its new technological approach can progress similarly. Technically, it could reach a tenth of the efficiency of a conventional solar panel.

The technological breakthrough of these researchers is not the only one that has taken place in the field of nighttime solar energy in recent times. One of the most striking examples of research in this field has been carried out by a team of researchers at Stanford University in the USA.

Their proposal involves taking advantage of the cooling of the solar panels at night by emitting infrared thermal radiation into outer space. The U.S. scientists have leveraged the temperature differential between the panels and the still warm air around them. They have used a thermoelectric generator, also known as a TEG.

The advantage of these thermoelectric generators is that they produce electricity when heated. This technology could also be added to photovoltaic solar panels to generate solar power at night and during the day in a single device. In this case, the main obstacle lies in the low power generated - measured in milliwatts - and the narrow window of opportunity to do so, as TEGs only work during the cooling or heating process.

Nighttime solar power is probably not suitable for keeping the refrigerator running or doing the laundry. However, like triboelectric power, it has immense potential.

Firstly, it could maintain the power supply of sensors and IoT devices in remote locations after sunset, especially in hot countries. On the other hand, by converting infrared thermal radiation into electricity, one of the big beneficiaries would be wearables, such as sports bracelets or smart clothing. Moreover, the researchers envisage a future in which bionic devices such as artificial hearts will be powered by body heat.

Producing nighttime solar power could become a reality within the next decade, say inventors at an Australian university. This would provide yet another weapon in the renewable energy arsenal in transitioning away from fossil fuels and tackling climate change.