The dream of millions of people increasingly aware of a responsible use of resources offered by the planet is to be able to use clean energy, with zero CO₂ emissions. And those who live in remote areas dream about having access to energy developments.

Currently, there are two tidal turbine-based projects on the works, already providing very optimistic results in Canada and the UK. Let’s dive into them.

In late 2016, Cape Sharp Tidal society installed a 2 megawatt tidal turbine inside the test centre at the Fundy Ocean Research Center for Energy (FORCE), in Canada. Tidal turbines are very similar to windmills, except for their installation process onto the sea bottom and their blades being put in motion by ocean flow currents. They have a service life of 25 years, requiring 5-year maintenance cycles.. 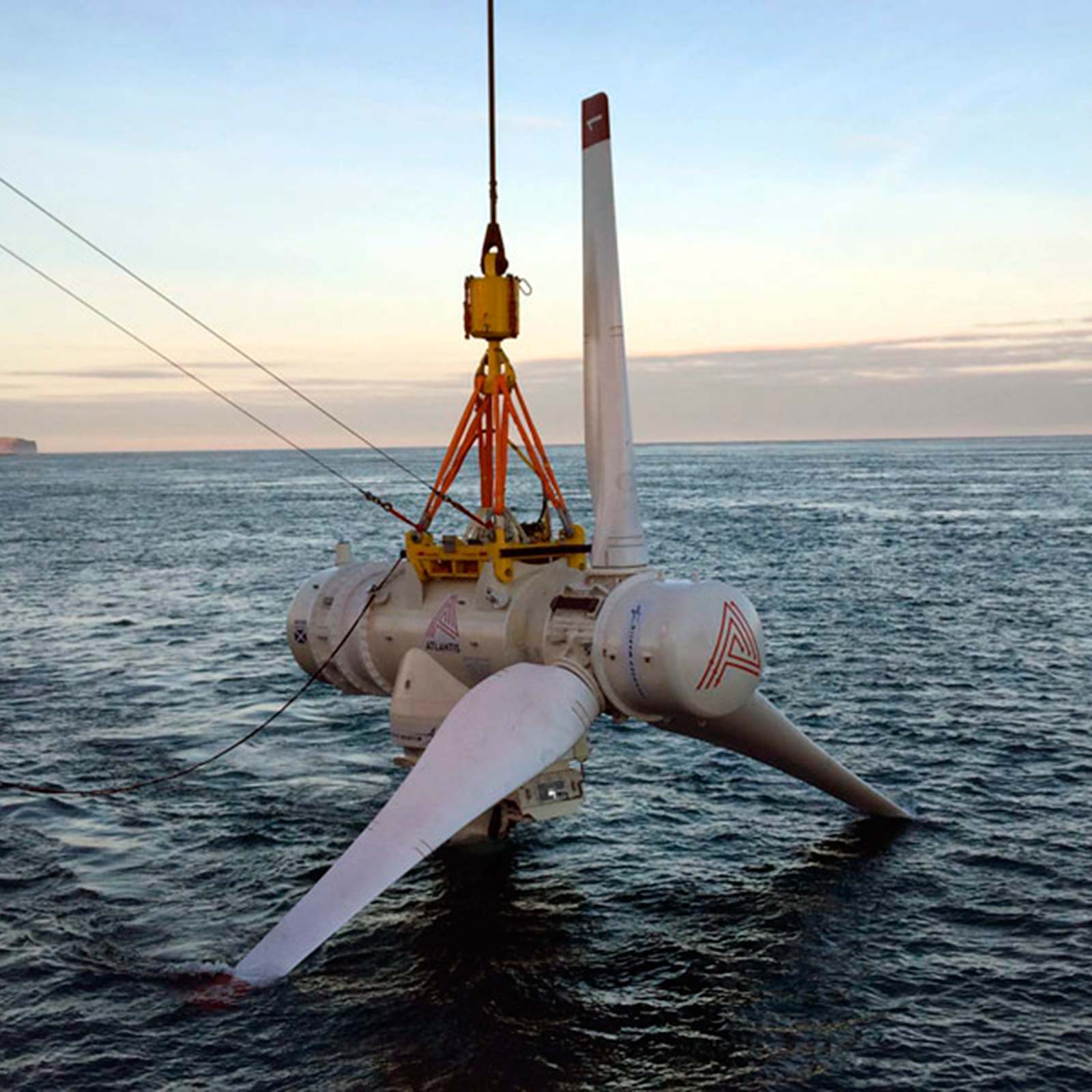 But, how are they put in motion exactly? Tides are caused by the gravitational pull of the Moon and the Sun over the Earth, according to their particular alignment at a given time. It is a physical phenomenon common to every coastline all over the world. When a great amount of water rises and lowers several feet in just a few hours, it produces a current flow with a great deal of kinetic energy that can be transformed into electricity thanks to those tidal turbines. One of the great advantages is that water is 832 times denser than air, so rotors are smaller than those of wind turbines and, therefore, can be installed closer to each other in larger amounts.

“Wind power can be intermittent; however, ocean´s always flowing”

The Canadian turbine installed in the Bay of Fundy exploited just a fraction of the energy potential in a place where the average tide measures 14.5 metres and provides power to 500 households. A second generator, in process of installation during 2017, will complete the 4-megawatt project, which is expected to overcome the need to burn 2000 tons of coal, thus preventing 6000 tons of CO₂ emissions to be released, equivalent to withdrawing 1000 vehicles from circulation each year.
Local public servants claim that this project is providing clean energy and an economic boost to the area.

Clean electricity for Europe: where classic wind turbines have no reach.

The chosen site of the MeyGen project is located in Pentland Firth, Scotland, where the AR1500 generator has been installed during the initial phase. It is a horizontal axis turbine capable of providing 1.5 megawatts of power which is already working at full capacity.
The implementation of the second, 6-megawatt phase will begin in late 2017 and the whole project is expected to deliver a total power of almost 400 megawatts.
This could be the solution for thousands of people who have no access to wind power available or encounter it difficult to access to energy resources near the coastline, while providing environment with a much needed respite.