Imagine that, on a summer day, as the sun rises, the windows of your room begin to filter solar radiation to prevent heat. And, incidentally, powering the electrical devices in your home. Or a greenhouse that generates the energy needed to control its microclimate. That's the focus of a new generation of transparent photovoltaic glass.

In this article, we'll talk about:

As we pointed out in our previous article, photovoltaic glass is a relatively mature technology. By 2026, the global PV glass market is expected to reach $37.6 billion. This momentum is making itself felt in a host of technological innovations.

While it is true that it still faces many challenges such as durability, performance, or transparency, there are already many buildings equipped with this innovative technological solution. But before we go any further, let's recap the types of solar windows and how they work. 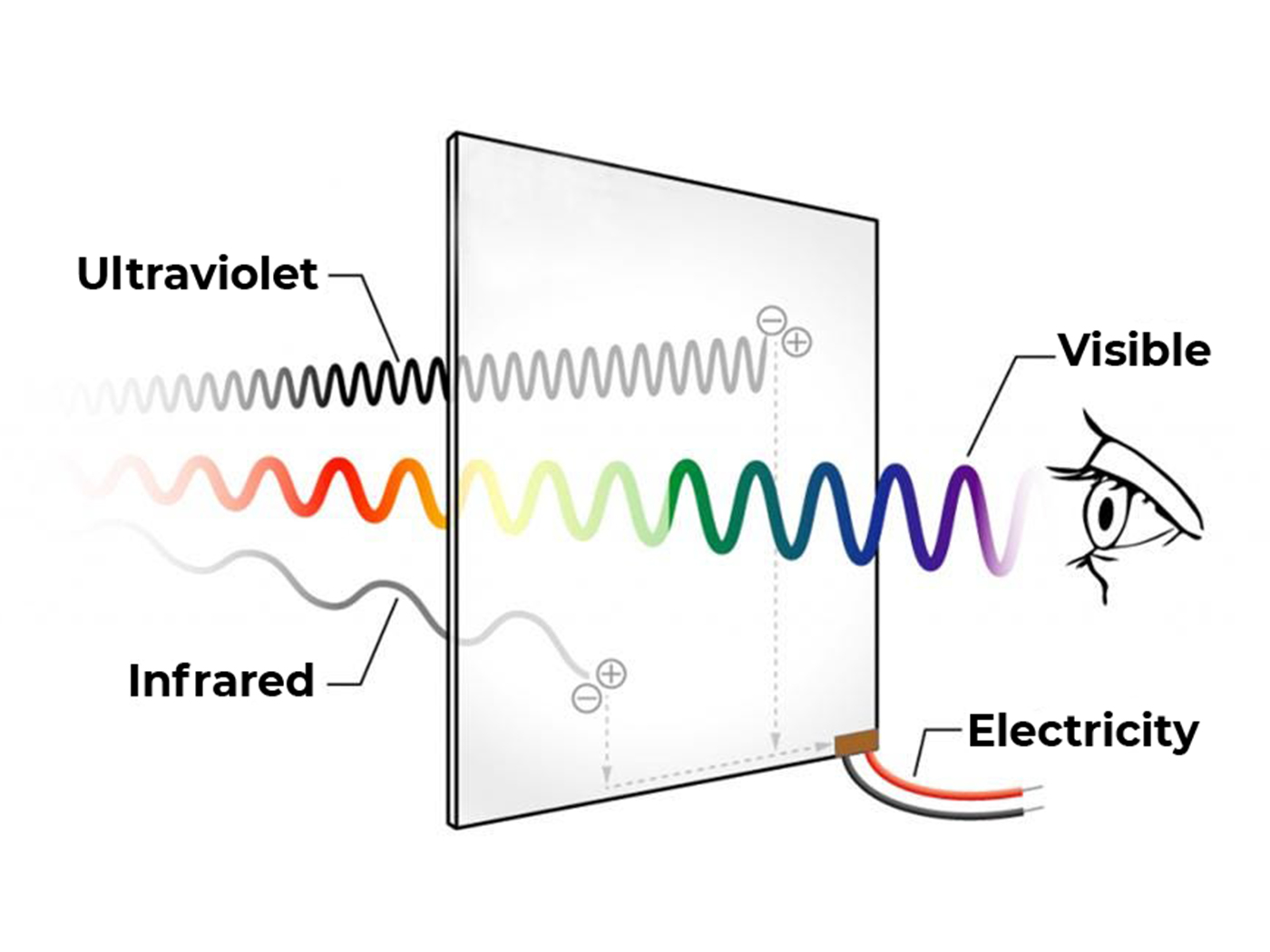 1. Add-on modules. The first generation of solar windows was based on transparent, photosensitive modules with which the glass was coated. The transparency of these amorphous silicon-based modules is usually reduced, with a slightly orange color.

Another advanced solution involves spraying a photosensitive film on the glass that filters out invisible radiation, as a US startup is doing.

2. Integrated solar cells. Subsequently, the integration of photovoltaic cells in the glass itself has been investigated, mainly by means of organic compounds. One example would be transparent luminescent solar concentrators (TLSCs) that direct the radiation to the sides of the window where the photovoltaic cells are installed. So-called "quantum dots" are also used to obtain a similar result.

The integration of semitransparent perovskite cells is another field of research. This technology could multiply the efficiency of solar windows. Perovskite cells, however, are still at a very early stage.

The new generation of solar windows

It is common knowledge that solar photovoltaic panels are improving in efficiency with each passing year. OxfordPV, one of the leading solar PV panel manufacturers, has just reached close to 30% efficiency and its new solar panels will be available in 2022. 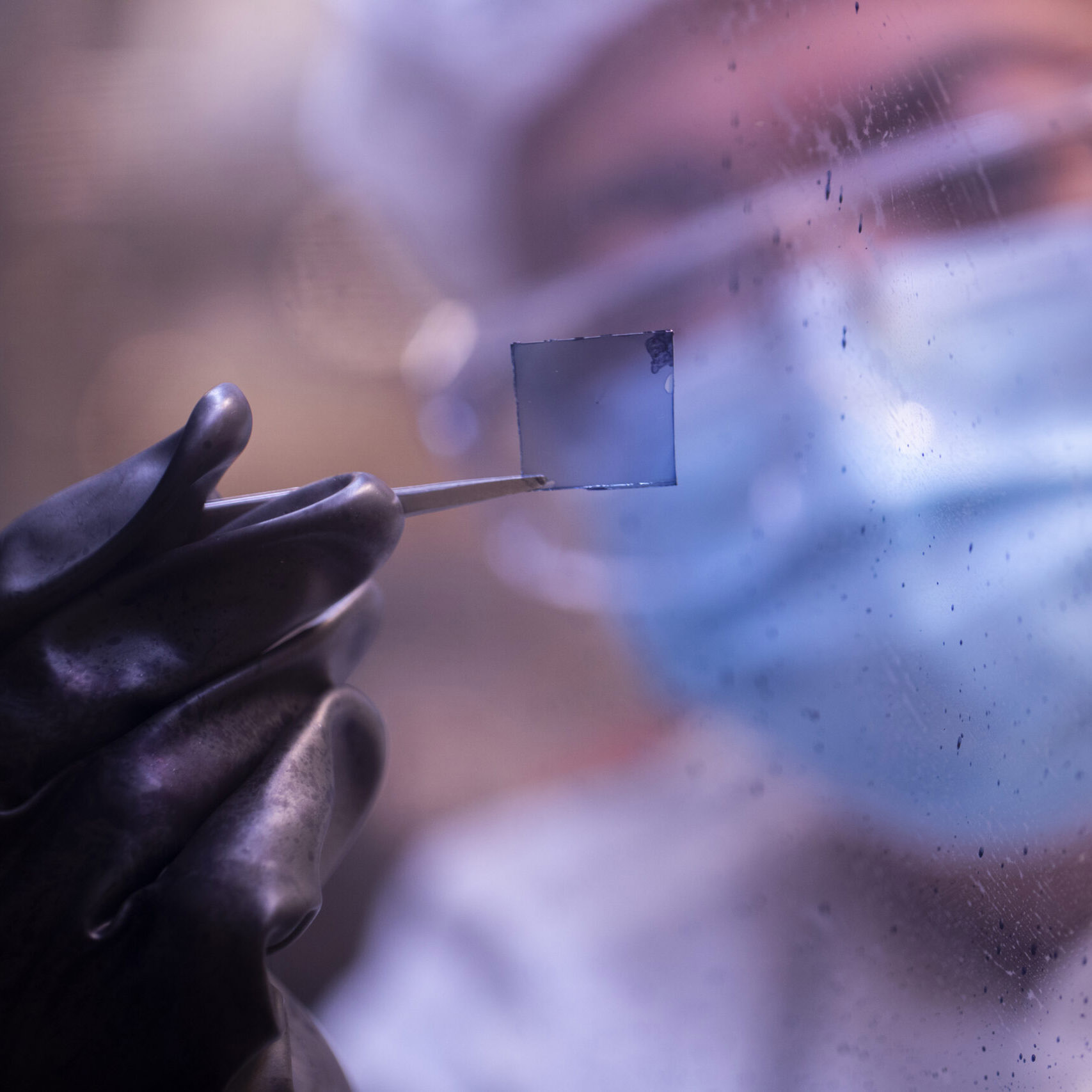 As expected, the photovoltaic glass sector is no stranger to this trend. Thus, in 2020 the University of Michigan announced that it had broken the record for efficiency in transparent photovoltaic glass: 8% with a 43.3% transparency. To achieve it, they used organic polymers instead of silicon.

ClearVue, for its part, has announced that in the coming months will put on sale photovoltaic glass with a 5% efficiency thanks to nanoparticles. The company has developed this technology with the ARC Centre of Excellence of Exciton Science, an Australian technology center.

Current lines of research seek to improve the efficiency of the technology and incorporate new functionalities. This is the advent of what could be called the smart photovoltaic glass age.

Smart windows, capable of darkening when an electric current is applied, have been used for several decades. One example is the windows of the Boeing 787 Dreamliner. However, until now, it has not been possible to employ them on a large scale.

This is where perovskites pop up again. The first smart windows based on this material, capable of generating electricity and darkening autonomously, came out of the University of California, Berkeley, in 2018. However, they still offered some drawbacks: the glass only became opaque when it reached 100°C, as Science magazine explained.

The devices that use this technology, technically known as photovoltachromic (PVCD), have just leaped forward. A group of researchers in China has announced a new photovoltaic module that combines several technologies.

The developers have combined transparent perovskite cells to produce electricity with an electrochromic gel, responsible for controlling the level of transparency. The novelty is that it is a monolithic structure, i.e., a single piece without the need for intermediate electrodes.

The result is a glass that can control the light entering a room and the temperature while also producing renewable energy.

One of the first candidates for the use of transparent photovoltaic glass has been skyscrapers due to the nature of their facades.  In fact, ten years ago, there was already talk of integrating these solar windows in the Willis Tower, the tallest skyscraper in Chicago.

However, if there is one building in which glass predominates, it is greenhouses. And that is what Tomita Technologies, a Japanese company dedicated to producing such structures, is leveraging.

Tomita announced in the summer of 2021 that it would install photovoltaic glass in the greenhouses of Aqua Ignis, an ecotourism project in the Fujitsuka district of Sendai City in Japan. It will be the testbed for a technology the Japanese manufacturer intends to implement on a large scale in its greenhouses. 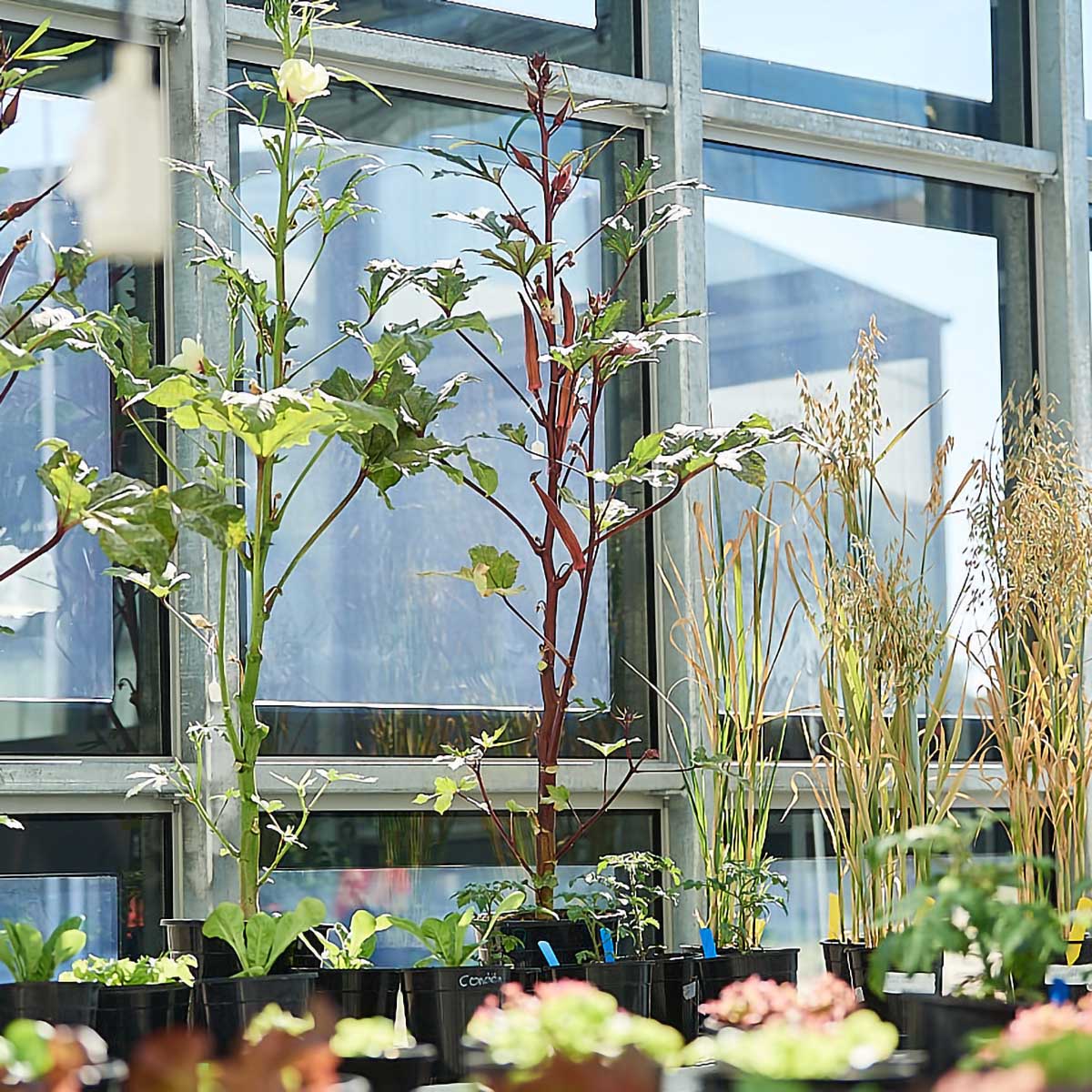 ClearVue, the supplier of this photovoltaic glass, announced a few months earlier the inauguration of the first greenhouse of these features worldwide. The structure covers 3000 m2 and, apart from lettuce, will produce 60 kW, enough to supply a dozen homes.

Much of the renewable energy generated is used to control the greenhouse's microclimate and humidity, temperature, and sunlight sensors.

Finally, the photovoltaic glass filters ultraviolet and infrared radiation. According to estimates by the project's backers, the filtering of radiation benefits the plants and increases production by 20-30% compared to traditional greenhouses.

The transparent photovoltaic glass is part of a broader construction trend — BIPV (building-integrated photovoltaics). This would include rooftop solar panels and solar windows, together with other techniques such as photovoltaic facade cladding. Or even the sunflower-based architectural designs discussed here.

In any case, whether in architecture or agriculture, this technology promises to be a key player in decarbonizing the economy and mitigating climate change.