3D printing is one of the most promising technologies of this century. For years now, disciplines such as biomedicine have been putting its huge potential into practice. But this is not a unique case, since construction is also exploiting the advantages of 3D printing, even being considered as the best option to potentially urbanize the surface of Mars in the future.

That’s why 3D printing is not a novelty anymore, since it’s already a consolidated notion. However, engineers and researchers all over the world are attempting to add, literally, a further dimension to it, and some projects have succeeded in doing so. 3D printing is giving rise to 4D printing. But what is this about?

4D printing is all about creating intelligent objects thanks to 3D printing, but providing them with a further variable: time. It involves printing pieces capable of adapting the environment and interacting with it. In other words, utilizing materials with preset patterns in order to allow them to arrange or modify their shape autonomously, without human intervention.

Hence, the key to 4D printing lies not so much in the process, based on already familiar 3D printers, but on certain materials which, in some cases, are capable of self-building and repairing. 4D printing opens up a whole new world of possibilities regarding medicine, civil engineering, construction works… It would allow the creation of devices with the ability to react before temperature, pressure, humidity variations and adjust to them accordingly.

Smart fabrics capable of self-regulating their temperature and much more

At the Georgia Institute of Technology, for example, they have succeeded in developing a flower-like structure featuring 3D-printed petals, with the ability to adjust its configuration according to temperature changes. For something like that to happen, scientists have turned to tensegrity, a structural principle based on the use of isolated components in compression inside a net of continuous tension, connected entirely by cables. These materials, featuring previously manipulated thermal structures, reacted to water at 65 °C and managed to achieve the expected shape eventually despite being compressed.

Based on the results obtained during the course of the project, and thanks to the light weight and durable nature of these materials, this system could allow transportation of disassembled or reduced structures into space, where they would acquire their final shape.

But there’s no need to travel so far away to come across one of the most encouraging pieces of news regarding the subject, since Spanish engineer Raúl Pulido Casillas has developed a smart fabric for NASA with the help of 4D printing. This wire mesh-like structure is made up of attached silver pieces and incorporates thermal regulation programming. In other words, not only its shape has been printed, but also the functionality of its materials. 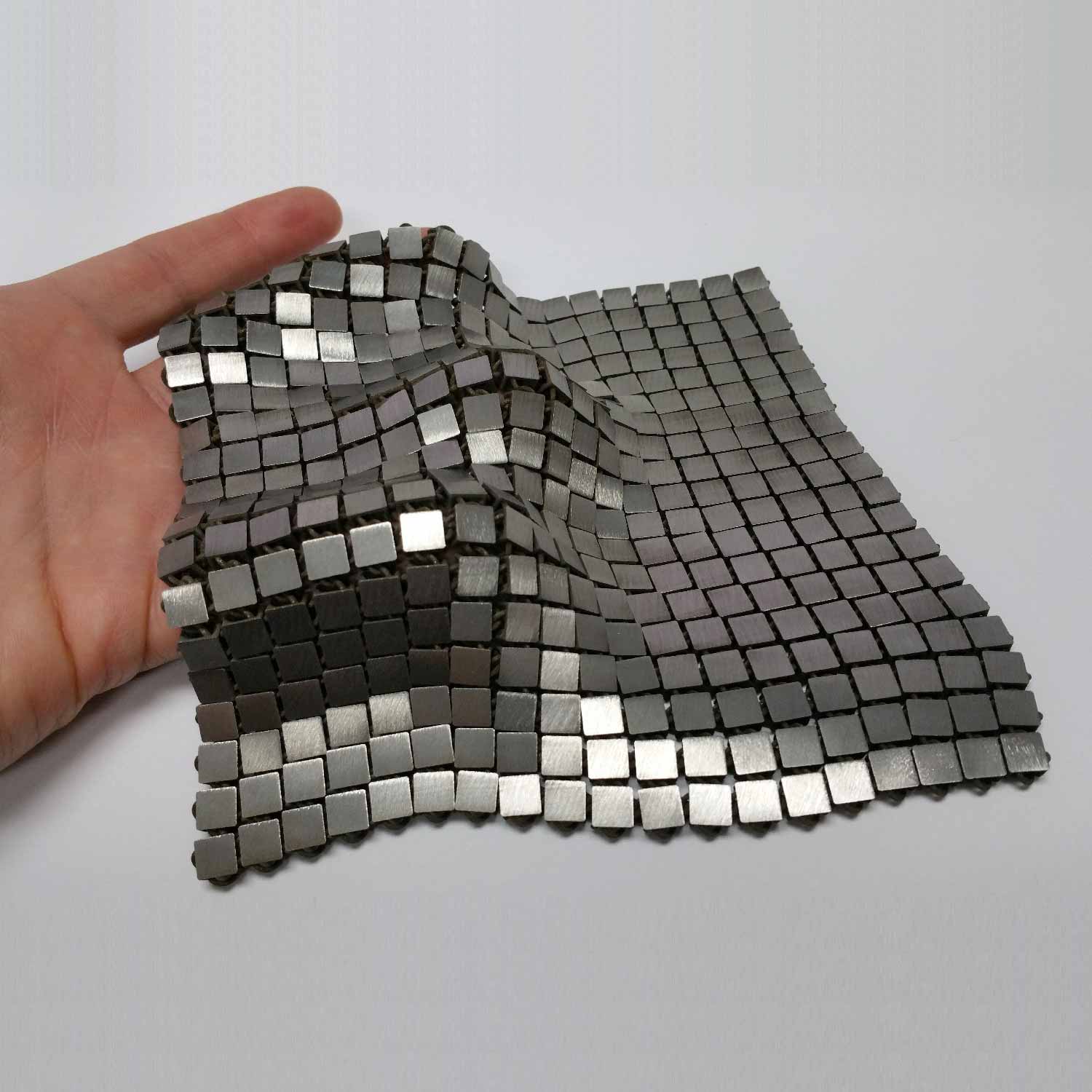 As it is capable of reflecting heat on the outside and preserve it on the inside, it could become an optimal element to manufacture space suits or to coat spaceships.

With breakthroughs like this, it seems that the conquest of space is getting closer and closer. But while our feet are still on the ground, we shall mention that biomedicine is another discipline that would benefit greatly from 4D printing. Vascular stents and other devices tailored to each patient´s needs, devised to react to body heat and expand when facing cardiovascular issues, for instance, are already on the works.

All this, and much more. The new adaptive properties of these materials could provide solutions regarding the development of colour-changing fabrics responsive to light exposure, surfaces capable of modifying their permeability according to environmental humidity, or even materials with the ability to increase their resistance against external forces.