With their glider-like appearance, and a long tail with a powerful sting in the case of their cousins the stingrays, manta rays are certainly fascinating creatures. It is not a rare sight to find them jumping out of the water like if they dreamt of taking the skies. Just like whales, they feed on plankton and small crustaceans. Their technique is similar to that found in other fish, which use microhooks on their gills to trap their prey. Scientists, however, have discovered a peculiarity in their water filtering techniques that could have a host of practical applications. Because, unlike other fish, manta rays never stop to “clear their throat” in order to unclog their gills during their feeding sprees.

Instead of the usual array of microhooks found in other gills, the manta ray features an array of leaf-like lobes. When water goes through, these lobes push back the plankton and microcrustaceans back into their mouth. Basically, it is a filter that pushes particles away instead of capturing them as a sieve filter would do. In this way, the manta ray can feed on the smallest organisms that would pass through the gills of other species. 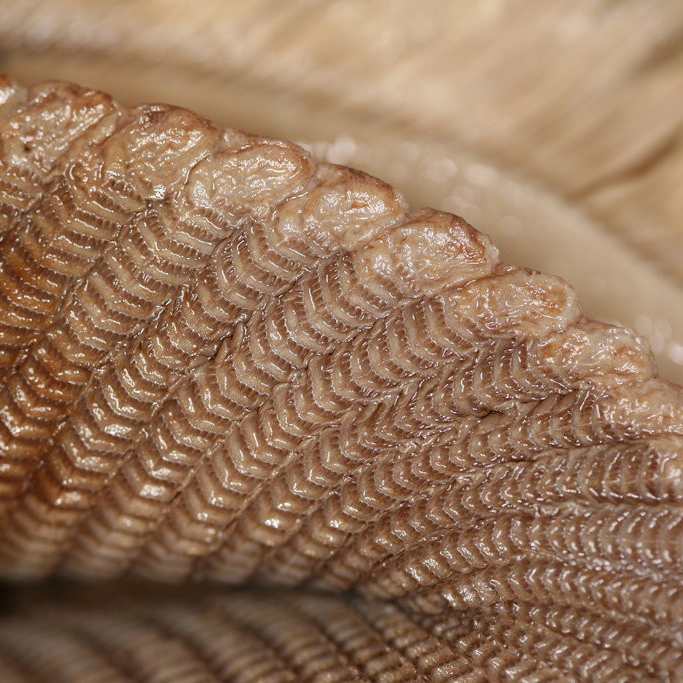 This type of feeding technique drove a group of scientists from Oregon State University in the USA to develop an innovative water filter. In order to understand the process, the researchers developed a 3D-printed model of the filtering lobes to replicate them in an open-ended flow tank in the lab. Once they examined the filtered water, they noticed that most of the particles had disappeared, even those smaller than the actual pores. What could be the mechanism behind this effect?

In order to visualize the behavior of the particles, the scientists injected dye in the stream and created a matching computational model. This showed the formation of eddies that caused the particles to “ricochet” away from the filter pore. Once the combined all the results of the technological project, they reached the conclusion that manta rays use a unique solid-fluid separation system with the added advantage that the particles don’t clog the pores, which can continue working without the need of any cleaning mechanisms.

Microplastics in the crosshairs

Now it was time to develop a 3D-printed filter prototype that could have multiple applications. One of the main concerns regarding the protection of marine ecosystems, which also has important consequences for human health, is the increasing amount of plastic microparticles in the oceans. A filter with this type of technology could open the way for capturing particles that pass through other conventional filtering systems. Thus, by implementing this technological innovation in wastewater treatment plants, the water would reach the open sea free of these hazardous materials.