Industrial processes are extremely water-intensive. Paper factories, nuclear plants or clothing factories are quite thirsty when it comes to water consumption. For instance, countries like the USA dedicate almost half of the water drawn from rivers, lakes, and reservoirs for the cooling of power stations. And most of it goes up as steam in their towers. Following the circular economy philosophy, which aims for zero waste and maximum optimization of resources, a group of engineers from the Massachusetts Institute of Technology have designed a cheap and efficient solution to capture the water from that steam and leverage it for human consumption. And not only fresh water but also sea water used by coastal power stations.

The technology proposed by Kripa Varanasi, a mechanical engineering professor, has been outlined in the Science Advances magazine. Simple and easily implemented, it’s based on a beam of electrically charged particles, i.e. ions, that zaps water molecules and charges them so they are attracted by a mesh. From there, water drops flow to a deposit. As capturing water from steam is a distillation process, the resulting drinking water is purified and ready for human consumption.

Our readers will be acquainted with this kind of meshes, as we dealt with them in an article on the harvesting of water from the atmosphere. The issue, however, with the water harvesting systems that capture the microdroplets that pass through a fabric is their limited efficiency. At best, they can capture between 1% and 3% of the water that goes through the openings of the mesh. The explanation, as pointed out by Varanasi and Maher Damak, co-author of the article, has to do with aerodynamics: most of the water tends to bypass the obstacle instead of going through. Basically, the water droplets avoid the wires of the mesh. But then came the eureka moment. What if they developed a system to attract the water droplets instead of relying on their own flow? The answer was a low electrical current that would guide the droplets. 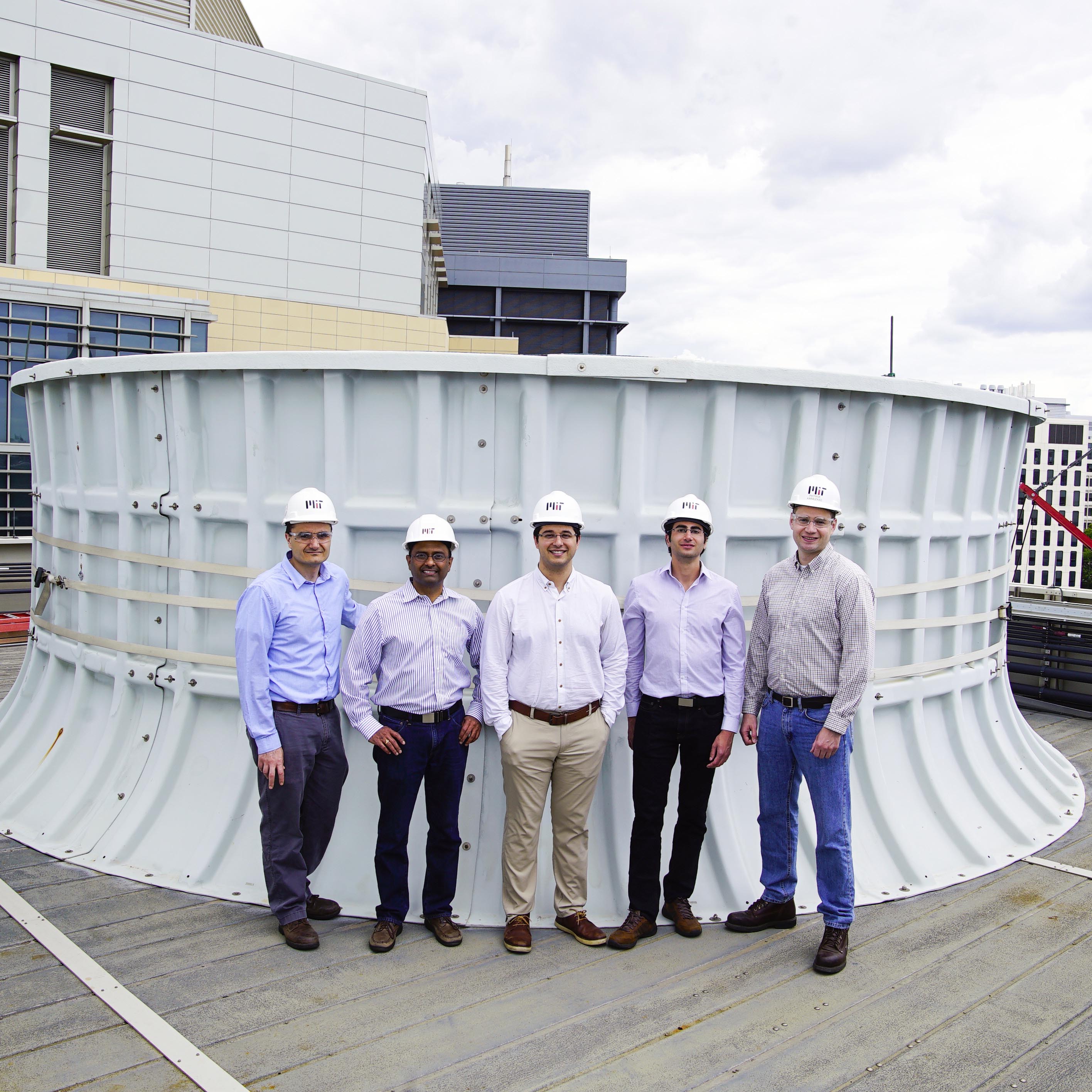 From the prototype to reality

The water treatment system has yet to make it beyond laboratory conditions, but the MIT engineers plan to scale it up and test it in the real world, in the gas power plant used by their own institute. If everything goes as planned, the feasibility of their project will be demonstrated this fall as well as providing a new source of water for the campus. The future of humanity is undeniably tied to the optimization of current resources rather than exploiting new ones.