Waste products and their consequences are the dark side of technology. For instance, the use of nitrogen for agricultural purposes leads to the eutrophication of water, a process whereby the excess of nutrients increases the biomass in the system driving it to collapse. The most visible outcome is an explosive algal growth. Fortunately, science also allows developing solutions for such problems. Two of the latest technologies open the door to obtaining fertilizers from wastewater and biosolids—sewage sludge.

Nitrogen out of thin air… and water

Besides penicillin, few inventions have had such a large impact on human lives as nitrogen fertilizers. Although nowadays the trend is to decrease their use, not many would question their vital role in historical events like the so-called Green Revolution in India during the 1960s.  However, since German scientists Haber and Bosch devised the system to obtain nitrogen and ammonium from the atmosphere, no significant progress has been made in this field. A new process developed in Finland could prove to be a real breakthrough. The key lies in the use of wastewater.

One of the main issues with the Haber-Bosch process is its energy-intensive nature. So much, in fact, that some estimates say that the production of fertilizers amounts to 2% of the global energy consumption. What if we could reduce those energy requirements while treating wastewater too? Such was the reasoning of a research team at the Aalto University in Finland. The experimental reactor that they have developed can separate up to 99% of the nitrogen and 90-99% of the phosphorus in urine while consuming considerably less energy and chemicals than the usual nitrification-denitrification wastewater treatment process.

Their system works by raising the water’s PH with calcium hydroxide so that the water's ammoniacal nitrogen is converted into gaseous ammonia, a basic ingredient to create ammonium sulfate or, in layman’s terms, a chemical fertilizer. In addition to this, calcium salts are employed to precipitate the phosphorus in the water, also used as an industrial fertilizer. In a final twist, the calcium salts are beneficial for acid soils such as the Finnish ones.

Professor Riku Vahala, one of the members of the research team, wishes to remain cautious. They have to carry out further tests with other types of wastewater and obtain some patents before the process can be implemented in actual wastewater treatment plants. Nevertheless, the potential advantages of this technology cannot be overstated. 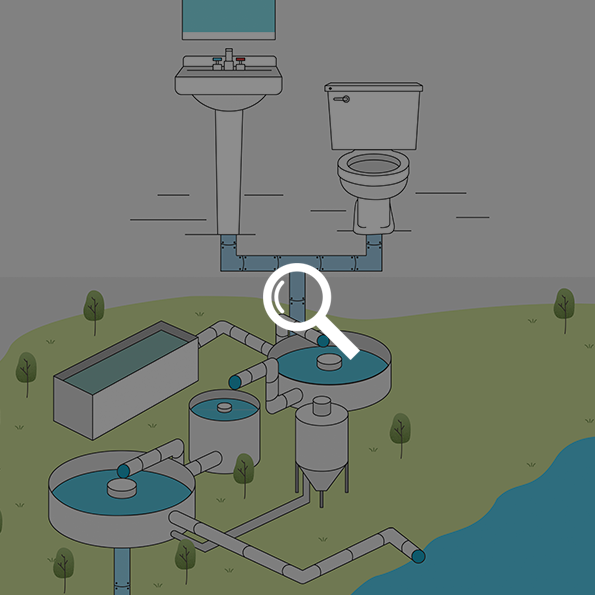 One of the main issues with the use of biosolids in agriculture is the accumulation of heavy metals, which can prove harmful to the human body in the long term. In the United Arab Emirates, specifically at the Masdar Institute, they may have found a solution to the problem by resorting to a new system that separates 90% of the zinc and 60% of the copper in the waste that arrives at the water treatment plants in Masdar, a sustainable city project powered by sunlight.

The process, which is still undergoing commercial tests since it was first published in the Scientific Reports magazine back in 2016, could enable the transformation into fertilizer of the 26,000 tons of solid waste currently produced in the UAE. In this way, besides boosting the profile of the country as a big player in the production of fertilizers, it would remove an enormous amount of heavy metals that end up in landfills.

The procedure comprises several technologies. Firstly, it employs a low-voltage current running through the sludge between two electrodes. The so-called electrokinetic remediation wasn’t profitable up till now, but the use of aqua regia allows to enhance the effectiveness of the technique, thus reducing energy consumption. Secondly, the use of pectin—an agent that gives jellies, jams, and preserves their gelatinous texture—allows coagulating the residual ions in the sludge.

Towards the circular economy

Both systems, which make use of the solid waste and close the water cycle, can also be considered as part of a larger trend—the circular economy. This term, firstly coined in 1980, covers a range of strategies to tap resources and optimize production processes. This goes beyond recycling and builds upon other systems, which can be regenerative, biomimetic or biodegradable, while embracing techniques such as remanufacturing, with the main goal of a zero-waste society.