If you were told that the largest living thing in the world and the largest artificial structure ever created belonged to the subterranean realm, you would probably find it hard to believe. Well, the first case is the mycelium of a fungus in Oregon (USA), which covers eight hundred and ninety hectares; and the second is a city of termite mounds with an area of one hundred and forty thousand square miles in Brazil. It is one more example of the great secrets that the subsoil and its fauna harbor. A better understanding of what goes on down there is crucial for the development of agriculture or construction. Now a new technological breakthrough promises to make this research easier. It is a burrowing robot inspired by a Pacific crab.

EMBUR: the robotic crab that will research the subsoil

The mole or sand crab – scientifically known as Emerita analoga – is a crustacean that has opted for a survival strategy against predatory birds. Its habitat is the sand near the shore where, when the waves retreat, it buries itself quickly by burrowing with its legs. From there it uses its antennae to breathe and feed on phytoplankton. 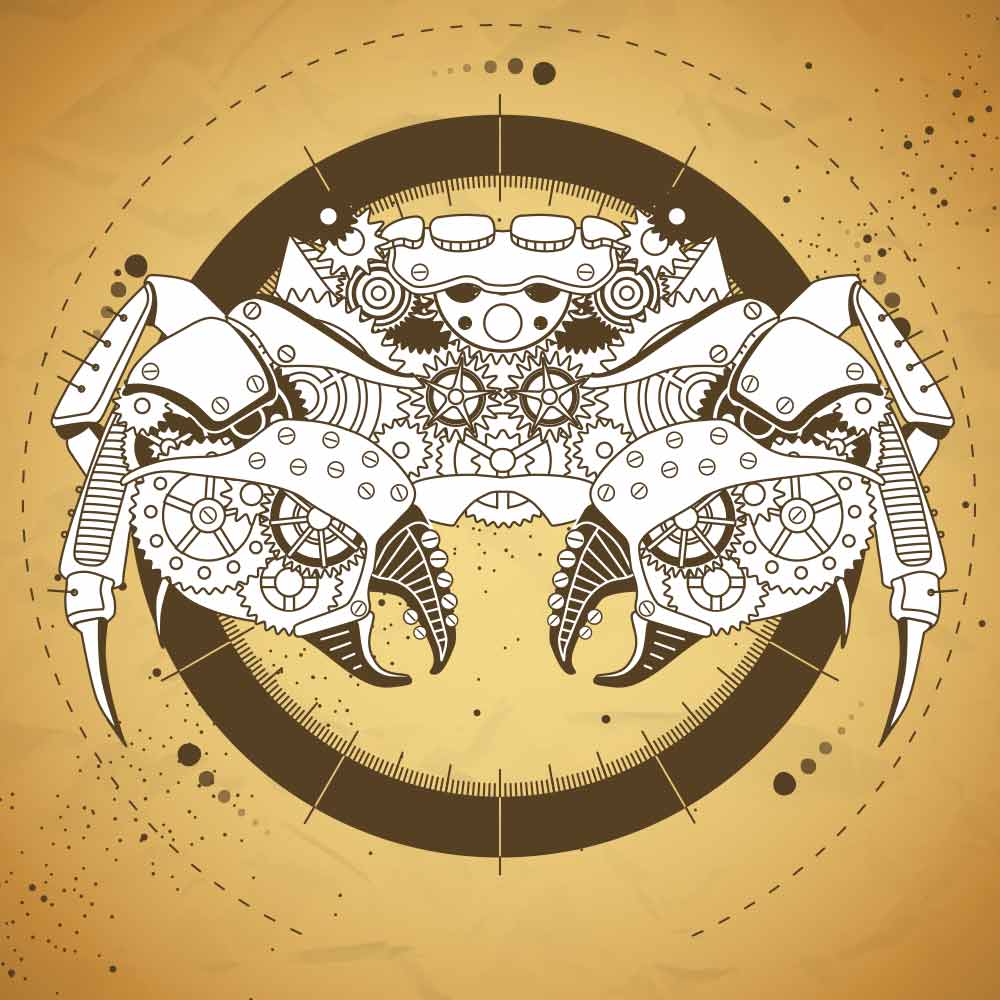 The mole or sand crab – scientifically known as Emerita analoga – is a crustacean that has opted for a survival strategy against predatory birds. Its habitat is the sand near the shore where, when the waves retreat, it buries itself quickly by burrowing with its legs. From there, it uses its antennae to breathe and feed on phytoplankton.

Well, in a new example of biomimicry, it is this feature that has inspired a group of scientists at the University of Berkley to develop the EMBER (an acronym for EMerita BUrrowing Robot.)

The main feature of the new robotic device is that it can burrow into the ground and enter it vertically, just as the mole crab does. This type of device faces two fundamental challenges. On the one hand, there is the fact that the deeper the depth, the more resistance the ground offers. On the other hand, during this process, grains of sand and dust particles end up accumulating in their artificial joints. Scientists at the University of Berkley have come up with two solutions.

First, patterned after the mole crab, they designed a robot with legs that offer an anisotropic force response. They apply much more force in one direction than in another. Just think of a swimmer that applies its force by extending its limbs. Thus, the researchers copied the insertion, sweeping, and retraction of the crab's legs and then used Resistive Force Theory (RFT) to model the applied force.

Secondly, they have resorted to a cuticle inspired by the mole crab, this time in its arthrodial membrane. This is a soft material that covers the exposed parts of the joints and prevents the entry of foreign bodies. 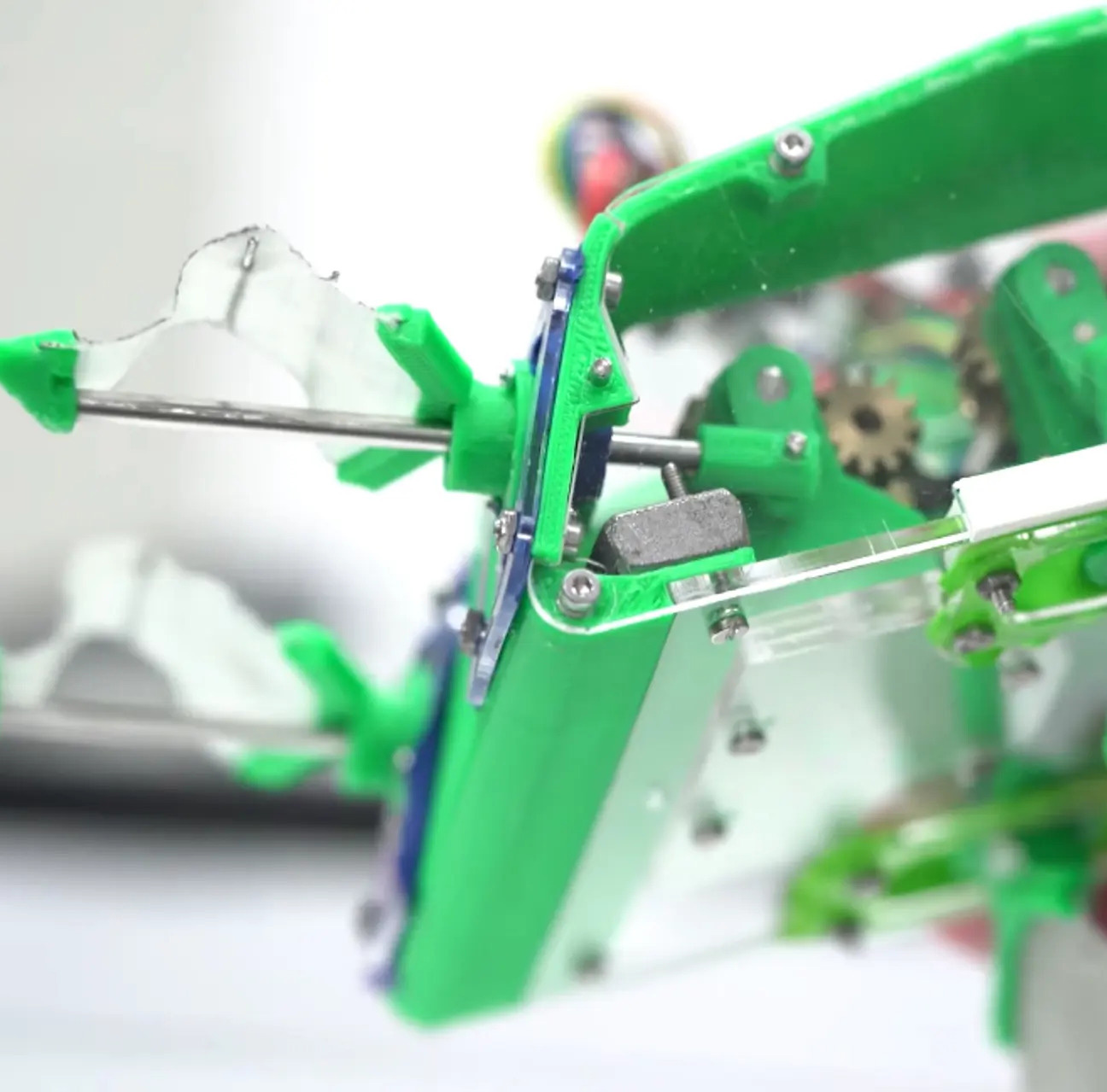 Now, the development team is working on replicating the mole crab's other functions so that the EMBUR can swim, burrow and move through the sand on the beach.

According to EMBUR's developers, robotics has made great advances in the aerial, aquatic and terrestrial environments with machines such as drones and underwater robots. Subway exploration, on the other hand, remained a pending subject, except for autonomous machines used in mining.

This new robot or its more advanced versions will be part of a generation of systems designed to analyze the subsoil in areas such as agriculture, marine conservation, or even construction.

A robot dog patrolling the bowels of the earth

If you follow our website, you will have seen more than one article on construction technologies: from exoskeletons to carry heavy weights to wearables to prevent work-related accidents. Drones are also another tools starting to be used in these environments. However, one of the most striking applications we have seen recently is the use of SPOT, the Boston Dynamics robot dog.

ACCIONA's infrastructure division uses it in some of its projects for different purposes, some related to the subsoil. Thanks to the sensors it incorporates, SPOT captures thermal images of the environment, scans tunnels, and provides geological reports complementing the work of the giant tunnel-boring machines that, in a way, are the big brothers of the EMBUR. You can see SPOT in action in this video: