A glance at the passengers in a subway car is enough to see that cell phones have changed how we communicate (and not communicate). However, it is also clear that the evolution of these terminals has been slowing down. While a decade ago there were qualitative leaps forward, today manufacturers announce a larger number of cameras or megapixels. Could we be on the verge of a technological breakthrough? Augmented and mixed reality and the development of new contact lenses and smart glasses suggest we are.

In this article, you will learn about the following:

The ultimate goal of smart contact lenses and smart glasses is to free us from the tyranny of the cell phone in our hand. This is achieved by using a non-intrusive device that performs essential computing functions. This is known as "invisible computing," a term coined by cognitive science professor Don Norman of the University of California in the late 20th century. In this new paradigm, technology will adapt to the user's needs and body, as with mixed reality glasses or wearables, and information will only be displayed when needed.

To achieve this, translucent materials are being investigated that incorporate circuitry and display information on the lens substrate. Thanks to the very nature of the device, the images will accompany eye movement. It is expected that smart contact lenses will integrate this type of technology:

It is still too early to tell in which direction this new generation of contact lenses will move. Still, most of the computational processing and data storage will possibly take place on other devices such as cell phones or even in the cloud.

This type of research has been underway for several years. In fact, Google announced in 2014 that it would develop a smart contact lens to measure glucose levels, but the project did not come to fruition. Then came Google Glass, which was not very well received either. Apple is rumored to be planning augmented reality glasses that would go virtually unnoticed. For now, however, it seems that no one has managed to hit the mark. But that could happen soon. 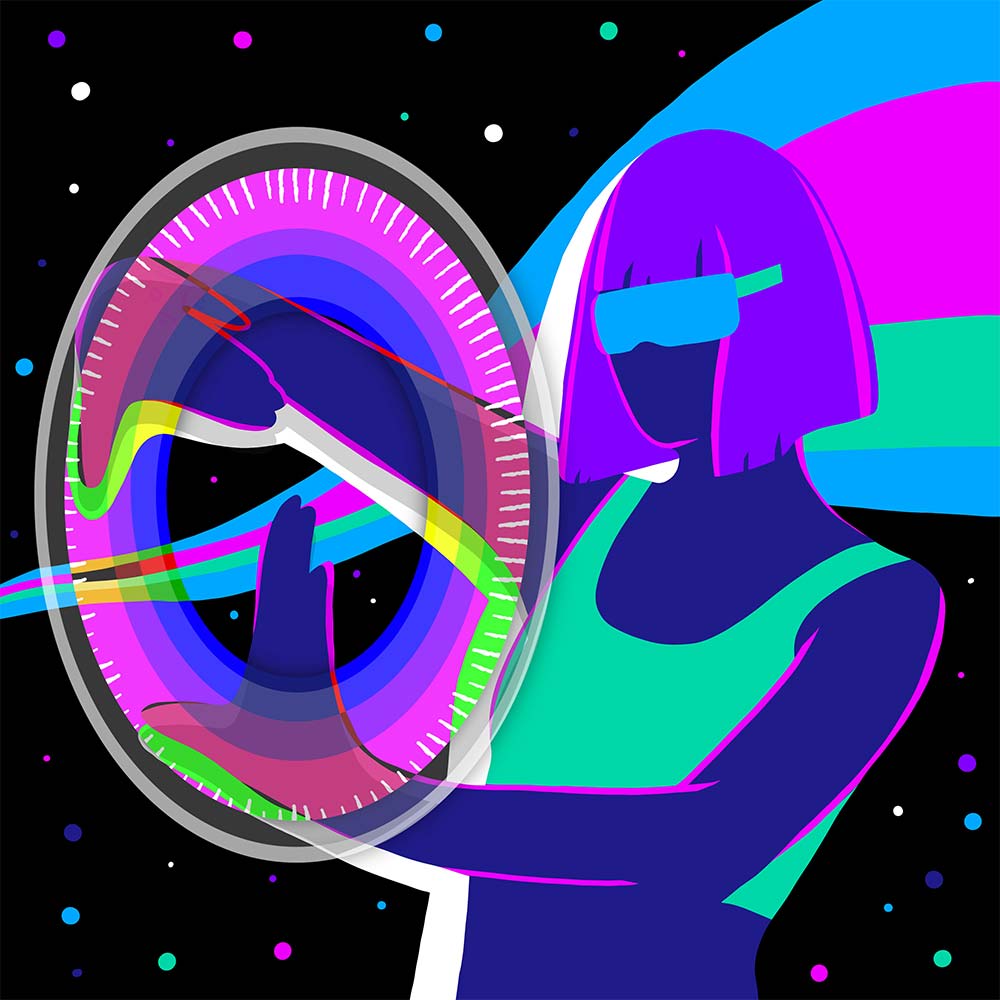 A first working prototype of a smart contact lens

A U.S. manufacturer has just announced that it has completed its first working prototype of a smart lens. The new device is a "scleral" lens, i.e. it covers the entire eye and not just the pupil and iris. According to its developers, they have successfully integrated the display, communications systems, and battery into a tiny convex sheet. The first generation will display monochrome images with 14,000 pixels per inch density.

Apart from the hardware, another breakthrough is developing the operating system and user interface (UX), allowing new applications and use cases to be tested with partners and consumers. The conjunction of the software and the integrated hardware solution will enable the technology to be tested in real-world scenarios over the coming months and years.

The initial goal of the new contact lenses is to offer a vision enhancement system to help people with partial blindness distinguish items such as road signs. However, they are also evaluating partnerships with sports shoe manufacturers and fitness companies, as applications promise to increase exponentially.

Everything suggests that the first application of smart contact lenses will be to display basic data such as the boarding gate number at the airport, the distance of an object, or the number of steps in a training session. Later, if the technology catches on, we may see things like this:

For these applications and many others that are still unknown to us to become a reality, major scientific and technological breakthroughs in the miniaturization of batteries, processors and circuits will be needed. It will also be necessary to improve the ergonomics of contact lenses so that they can be worn comfortably throughout the day. Who knows if one day you will read an article like this one about smart contact lenses. Just in case, you can subscribe to our newsletter at the bottom of this page.