The collective behavior of ants is so efficient and sophisticated that it has inspired its own set of algorithms. The fire ant is no slouch either. In fact, they have a world record of their own: they are the builders of the most massive artificial structure ever recorded, a 230,000 square kilometer “city” in Brazil. However, it is not their architectural abilities that have led them to headline this article, but their teamwork skills to keep afloat. While a few weeks ago we covered the properties of lotus leaves as the source of inspiration for a hydrophobic material, this time it is the turn for fire ants as an inspiration for the creation of unsinkable boats. Researchers have drawn inspiration from them to create a new type of metallic surface that is virtually unsinkable. Could this become the material to build the ships of the future?

Chunlei Guo, an optics and physics professor at the University of Rochester, has developed this metal based on the hydrophobic qualities of fire ants. I.e., as it happens with ants, spiders, and other insects, they can create air bubbles under their bodies by repelling water. Fire ants go even further and can build rafts and bridges with them that allow colonies to survive floods and reach inaccessible areas to find food. 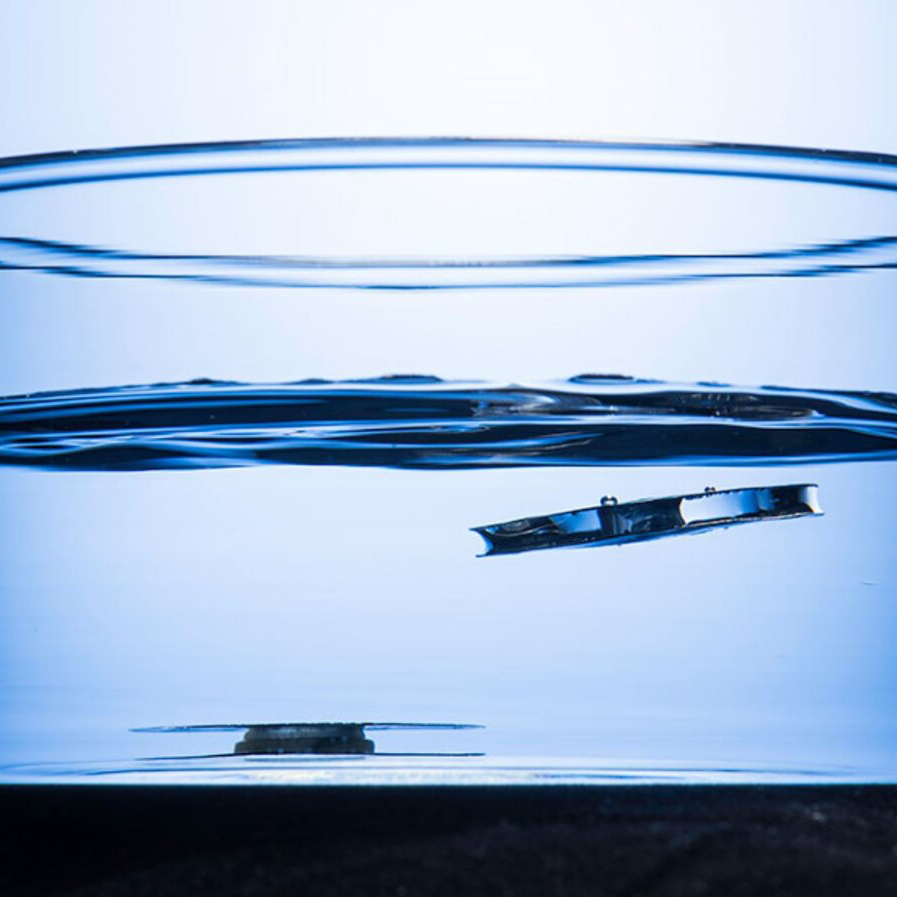 Based on this principle, Guo has created a superhydrophobic material. His team used femtosecond bursts of lasers (10-15 s) to etch two aluminum surfaces with intricate nanoscale patterns, a technique that enables them to trap air bubbles and makes them superhydrophobic surfaces. In the article that they have published on the scientific journal ACS Applied Materials and Interfaces, they have called them “multifaceted superhydrophobic” surfaces. And not just for a few moments: in their lab tests, they proved that, by making two of these surfaces face each other at the right distance, the structure retained its floatability even after forcing it underwater for two months. This new hydrophobic material also keeps floating when drilled. Besides being the basis for a shipbuilding material, its creators believe that, once the manufacturing process has been scaled up to new materials and using more powerful lasers, this technique could be used to protect electronic devices. You can check out the new metal’s properties on this video.

Guo’s technology project is not the first time that science and engineering develop hydrophobic materials with marine applications. In 2018, the University of Michigan announced that it was developing a new superhydrophobic coating for submarines that could just be sprayed over the hull. While the practical applications of this material are still a few years away, this new material could improve the efficiency of submarines substantially. Firstly, it will reduce drag, which is one of the main culprits of fuel consumption. That, in turn, will increase the speed and the range, not only of submarines but also of other unsinkable boats and vessels. The technology is the outcome of several years researching materials with an optimal durability in such a harsh environment as the open seas.