Artificial intelligence is poised to change our world, enabling new archeology discoveries or self-piloted boats, among many other innovations. AI will also introduce profound changes in sectors such as education. That is the goal of new research carried out by North Carolina State University's Center for Educational Informatics (CEI). A team of researchers from CEI recently announced its findings at the AAAI artificial intelligence conference held last February in New York. In their presentation, they showed how they had leveraged artificial intelligence to predict the learning abilities of a group of students in educational games. The team used a multi-tasking learning model approach, which assesses the response to each question in a test instead of an overall score. 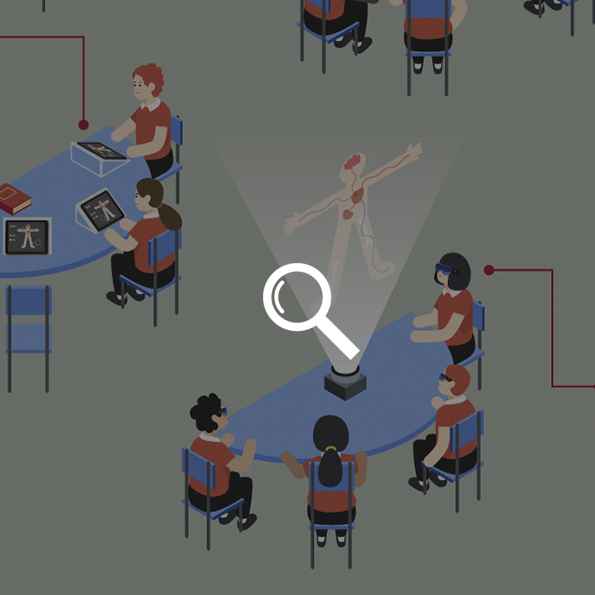 For this study, they chose a seventeen-task model that featured the same number of questions, which were answered by 181 students. Firstly, the pupils played an educational game called Crystal Island, where the AI engine assessed their reactions to each challenge. Next, the algorithm analyzed the answers to the corresponding questions and established correlations. Once the right or wrong answers for each item had been processed, the algorithm matched behaviors in the game with the answers to the test provided by new students. The developers of the system point out that this model allows the instant detection of learning problems just by assessing the way users tackle challenges in the educational game. This means that educators will be able to help students earlier and find out the obstacles faced by them.

According to the researchers, this will open the door to adaptative educational software automatically tailored to the needs of each user and the hurdles they find on their way. For instance, the approach to a difficult challenge could be changed to improve success rates. The goal of the project is to join different disciplines, such as psychology, machine learning, and artificial intelligence.

AI will not replace educators any time soon, but artificial intelligence platforms will become a valuable tool to cover the needs of large student groups. In this manner, the software will detect knowledge gaps and provide alternatives and advice to support educational work, as well as helping with grading papers and homework or with administrative tasks. In the future, it may well be possible for IA to use facial recognition systems to identify gestures that show perplexity or lack of attention. Finally, these systems will most probably have online education applications, which will increase learning opportunities for students that cannot attend classes. Indeed, artificial intelligence and education are bound to join forces. In a recent survey commissioned by Microsoft, 99.4% of teachers believed that AI would be a critical educational tool over the coming years.