Smart speakers developed by companies such as Google, Amazon, Apple, and other manufacturers are one of the first steps towards the smart home. Ordering a pizza, listening to a music playlist, asking for tomorrow’s weather forecast or making an online search are some of the actions increasingly carried out through voice commands. Although they have triggered some privacy concerns, in countries like the USA a quarter of the adult population already owns one. But what if they could be used for more vital applications besides shopping from the couch? At the University of Washington, they are leveraging one of the features provided by smart speakers, i.e., their passive listening mode, to combat one of the leading causes of death: heart attacks. 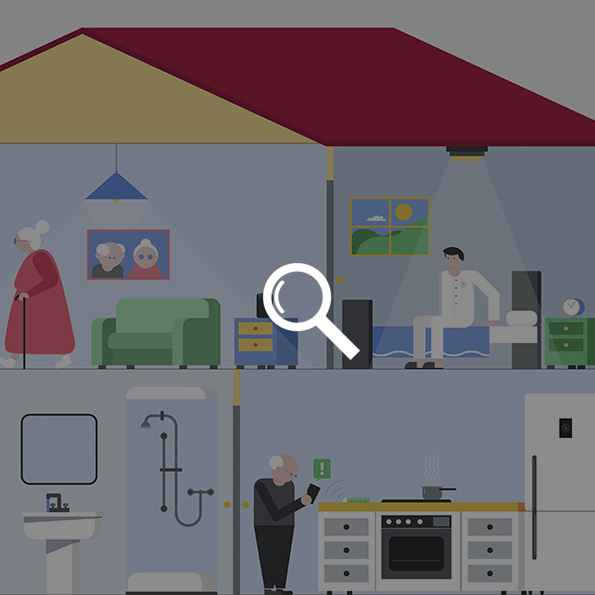 The key to the recognition of heart attacks by smart speakers lies in the type of sounds emitted by a person suffering a cardiac arrest. Technically, it is known as agonal breathing, which can be recognized by a specific guttural gasping. This type of breathing is almost unique to heart attack conditions, and it offers a very recognizable pattern. In fact, the tests carried out with the new software developed by the American researchers to detect agonal breathing have shown a 97% efficiency from up to 6 meters away. The research, which has been published in the online journal npj Digital Medicine, has used real recordings from emergency calls.

The goal is to implement this software to allow monitoring users in their sleep and while they are awake, alerting anyone nearby to provide CPR or call 911 if there is no one immediately available. In the event of a heart attack, every second counts, so this new technology in the smart speakers could save many lives.

Smartwatches can detect heart conditions too

We are already used to wearables to track our personal running feats, but recent research suggests that the latest smartwatches, like those manufactured by Apple, could well provide an invaluable tool to detect irregular heartbeat. The research was based on the information provided by over 400,000 people to establish the potential for detecting atrial fibrillation, one of the most common heart conditions found in seemingly healthy individuals. Among the participants, 2,000 received fibrillation alerts. Eventually, a third of the potentially affected by the problem who made use of an EGK patch discovered that they suffered from atrial fibrillation.

According to the medical experts that have accessed the research, currently smartwatches cannot be considered a substitute for conventional diagnosis, but, like smart speakers, they could soon become a useful ally. Together with telemedicine, this would be an example of the advantages provided by new technologies in the field of healthcare.