Drought and water scarcity in many places across the planet are indeed increasingly worrying issues. According to Ban Ki-moon, Secretary-General of the United Nations, “more than 50% of agricultural land is moderately or severely degraded, with 12 million hectares lost to production each year”.

Technology and innovation are relentlessly proposing solutions which could be pivotal in tackling many of these problems, and Sundrop, a ground-breaking farming system based on solar energy and seawater, is a model already delivering actual results. But, how does it work exactly? 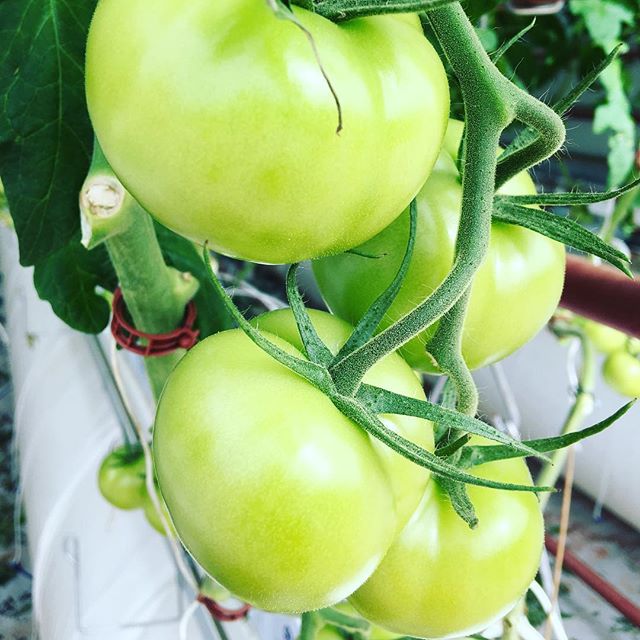 Sundrop is promoted by a group of scientists as an alternative to drought issues in places considered as barren lands. It is located in the southern Australian desert, an area characterized by water shortage which, thanks to this system, has already achieved a production of 17,000 tons of tomatoes in just a year.

Seawater is piped from Gulf Spencer, 3 miles away from the 20-hectare greenhouse facility. Before being used for irrigation, it goes through the desalination plant powered by thermal solar energy.

This plant is comprised of a 150 metre high tower and 23,000 mirrors directed towards it ,and in a good sunny day, is capable of generating 39 megawatts; a sufficient amount of energy to remove sea salt and produce enough fresh water for irrigating the 180,000 tomato plants inside the greenhouse.

But the harnessing of seawater lies not only in desalination as a resource to tackle drought conditions. In summertime, tomatoes are covered with seawater-soaked cardboard sheets, thus keeping plants fresh; a method capable of preserving the plantation in optimal condition while helping to clean up the air inside the greenhouse, serving as a substitute for pesticides or chemicals.

Thus far, the system implemented in Australia offers just advantages; in fact, it seems that the tomatoes produced this way are already available in the market. However, its implementation in many other places all over the world remains to be seen, at least for now, due to its staggering cost of around 200 million dollars. Besides, their promoters must deal with another handicap, since it needs to be powered conventionally in days with poor sun conditions, still making it fossil fuel-dependant. In spite of this, Sundrop seeks to build three more solar plants: in Portugal, United States and in another location in Australia.

Innovation is taking giant steps to make people´s life better and, in this case, more sustainable. Salt water on Earth represents 97.5% of the total, so this kind of technology takes us closer to the possibility of tackling drought and scarcity issues in many places around the globe.