The fact that terms such as PCR or antigen testing have become part of everyday vocabulary is a reminder of the importance of early detection of pandemic viruses. One of the scientific breakthroughs bolstering this type of measures will combine diagnostic tests with one of the most widespread prevention tools − the face mask.

The MIT Institute for Medical Engineering and Science (IMES), in collaboration with the WYSS Institute for Biologically Inspired Engineering at Harvard University, has presented a prototype biosensor that can be integrated into a face mask and alert the user within ninety minutes.

These sensors use a freeze-drying technique of molecules, which are activated in the presence of moisture. These molecules are designed to react and change color to specific configurations of RNA and DNA and can be applied to paper strips.

Thus, this biosensor is cost-effective and can be used in contexts without other diagnostic alternatives. But how exactly does this coronavirus detector work?

In this article, you will find:

How the virus-detecting mask works

This scientific breakthrough is based on the integration of sensors in the fabric of the mask, specifically on the inside. In this way, only the wearer can see the obtained result, safeguarding their privacy. 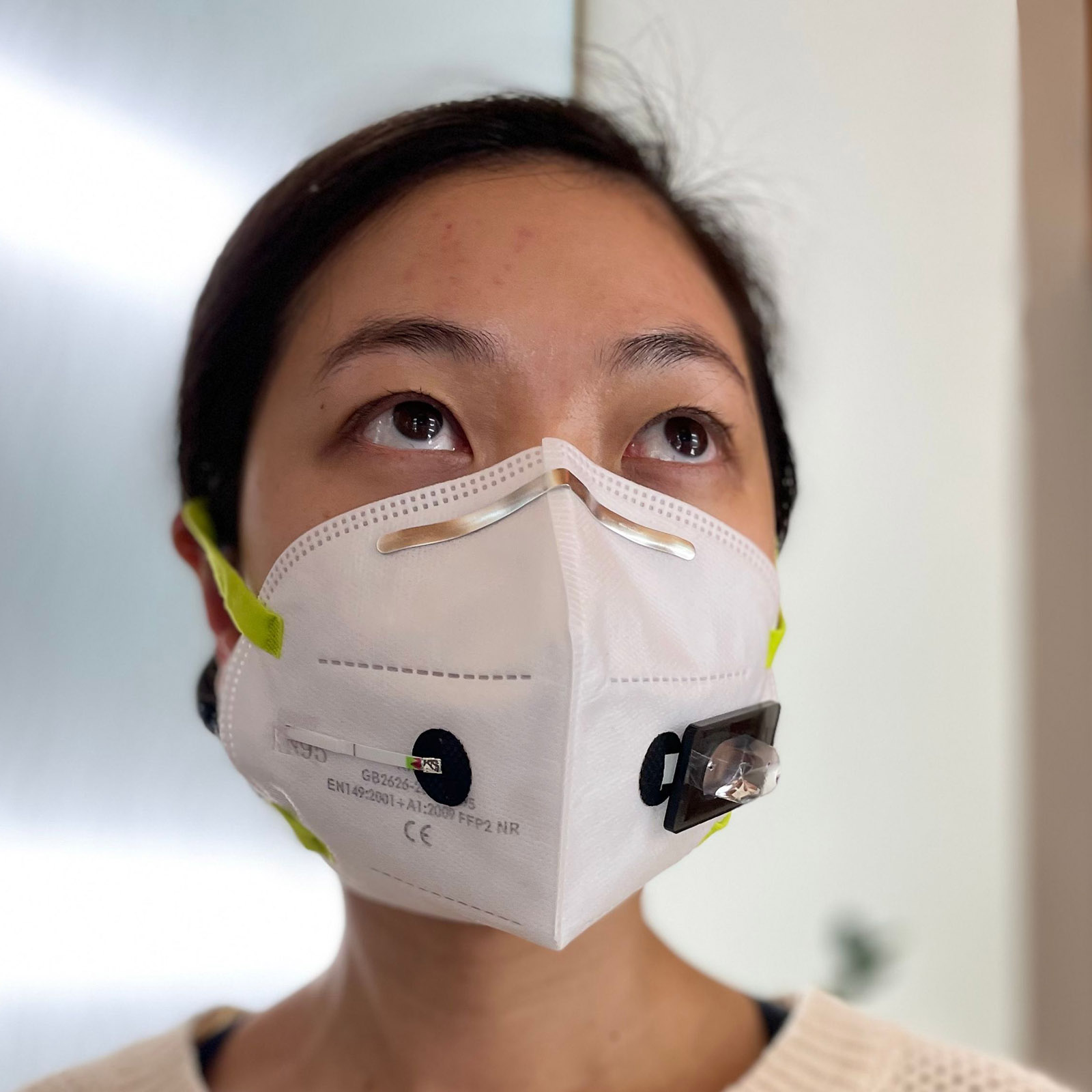 But back to the detection itself: SARS-CoV-2 particles start building up as the wearer breathes. After a certain period, they can press a water reservoir integrated into the mask. At that point, the sensors rehydrate and change color if the virus is detected.

According to the technology developers, their biosensors are as accurate as a PCR test and fast as an antigen test. If the prototype can move into full-scale production, it could represent a quantum leap in virus detection.

In the meantime, however, MIT scientists are already working on other applications. The next stage after the masks will be integration into textile materials, i.e., smart garments or functional fabrics. Thus, the research team aims at equipping the gowns and uniforms of medical personnel and emergency services with sensors.

The researchers analyzed various textile fibers such as cotton, wool, or polyester to find the most effective combination to incorporate the sensors. In the end, they opted for a blend of polyester and other synthetic fibers.

Once they completed this research phase, they created a jacket with more than thirty sensors integrated into fabric areas with a silicone elastomer to prevent their spontaneous evaporation. Finally, they used a small splash of liquid to mimic exposure to an infected person.

The sensors can produce different signals, ranging from visible chromatic changes to fluorescent or luminescent signals recorded with a spectrometer.

In parallel, the researchers have developed a spectrometer that can be integrated into garments and emits wireless signals to transmit the results to a mobile device.

The result is that health specialists can know their situation in real-time and pinpoint risk areas. They can then alert the rest of the team to take the necessary measures. 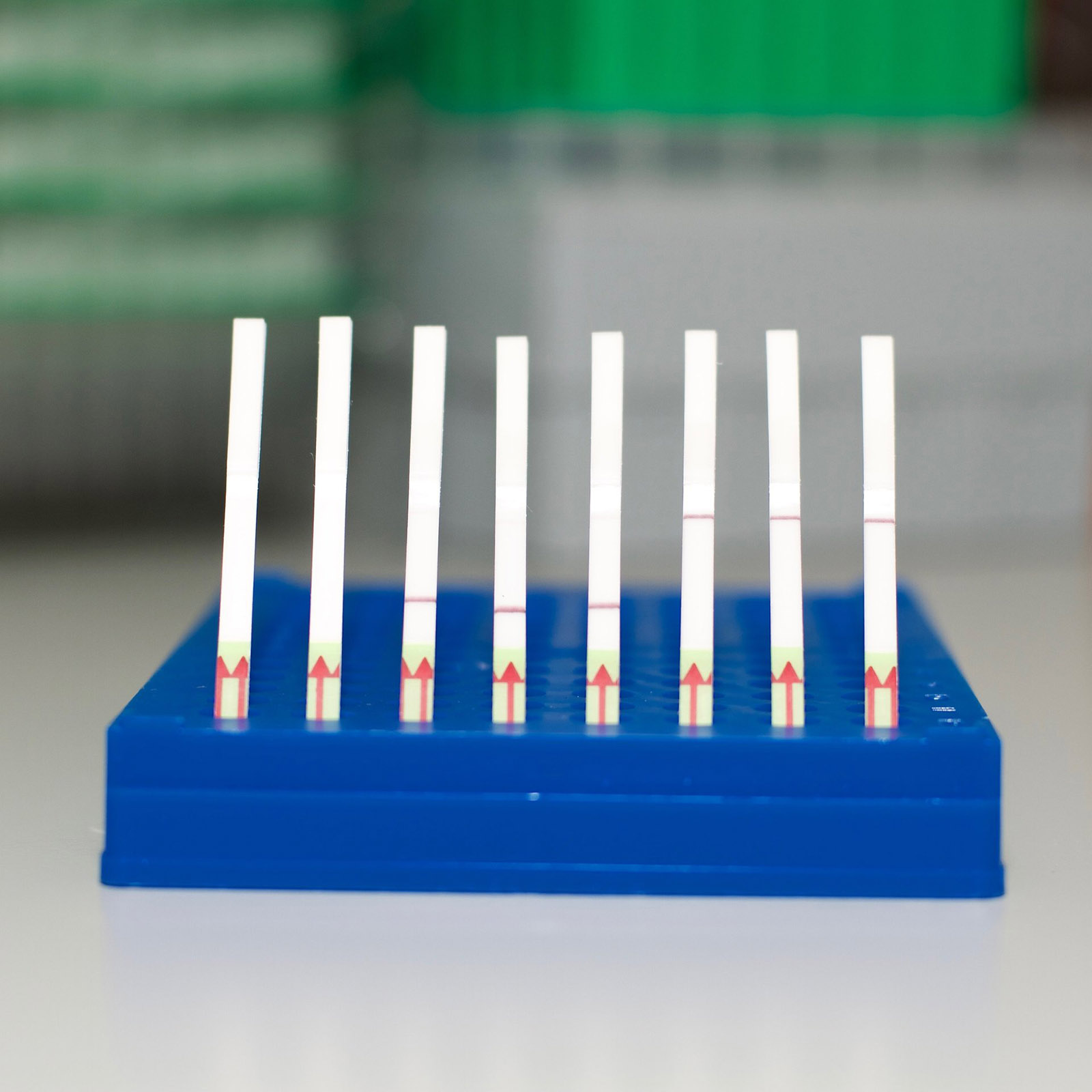 The origin: Ebola and Zika detection

This scientific breakthrough is not a mere matter of luck. Researchers have been studying this new generation of biosensors since 2014.

At that time, they were interested in creating a low-cost sensor that could be applied to strips of paper and make it possible to detect viruses such as Ebola or Zika. Or even the presence of tumor cells.

Finally, in 2017 they launched their first sensor, codenamed SHERLOCK, which is based on CRISPR enzymes and offers high sensitivity to nucleic acids.

This preliminary research also explains the high versatility of this new generation of biosensors, which also detect toxins such as nerve gas. Just replacing the paper strip provides an altogether new sensor.

Besides this work at MIT and Harvard University, alternative ways of detecting the presence of viruses are being explored. In this regard, one of the scientific advances in healthcare that has recently caught our attention is a system that uses a combination of multispectral imaging and artificial intelligence to detect viruses on surfaces. Another approach, also using artificial intelligence, analyzes the user's voice in a phone call, as explained here. 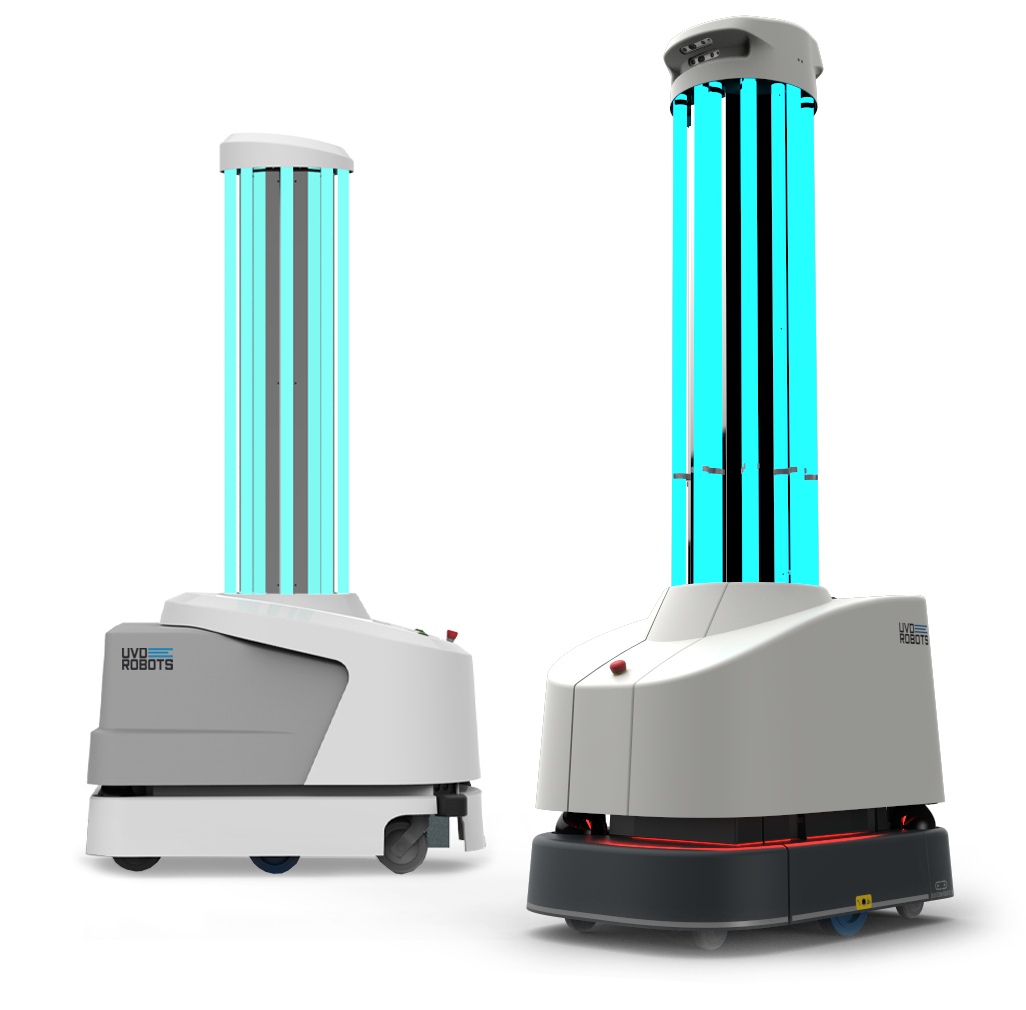 Of course, along with detection, the elimination of viruses in the environment is one of the most effective ways to tackle pandemics. Unlike some of the systems mentioned in this article, the self-driving robot that eliminates viruses with ultraviolet rays is already patrolling hospitals.

So much so that the European Commission has purchased two hundred of these devices for hospitals in the EU. One of the last ones has been sent to a hospital in Barcelona, as recently announced by the Commission. According to the manufacturer, this model can disinfect a room in just ten minutes.