There are many reasons why water is not drinkable. Still, the two most common are high salinity or pollution, either due to human activity, as in the case of wastewater, or simply due to the proliferation of microorganisms in stagnant water. Various desalination technologies exist to address this problem. The problem is that most of them require external energy. Unfortunately, the regions most affected by the lack of drinking water often also have issues with access to the electricity grid. Hence, the new solar desalination system developed by students at MIT is particularly encouraging.

What are passive solar evaporation systems?

Evaporation is one of the most common techniques for making wastewater or saline water drinkable. This eliminates not only microorganisms but also toxic elements such as heavy metals. Naturally, evaporation requires energy, which can be obtained actively or passively. The active approach involves the use of electricity or fuels. Passive solar evaporation, on the other hand, works simply with sunlight. Of course, it is supplemented with solar concentrators and other technologies. This is the solar desalination system approach. 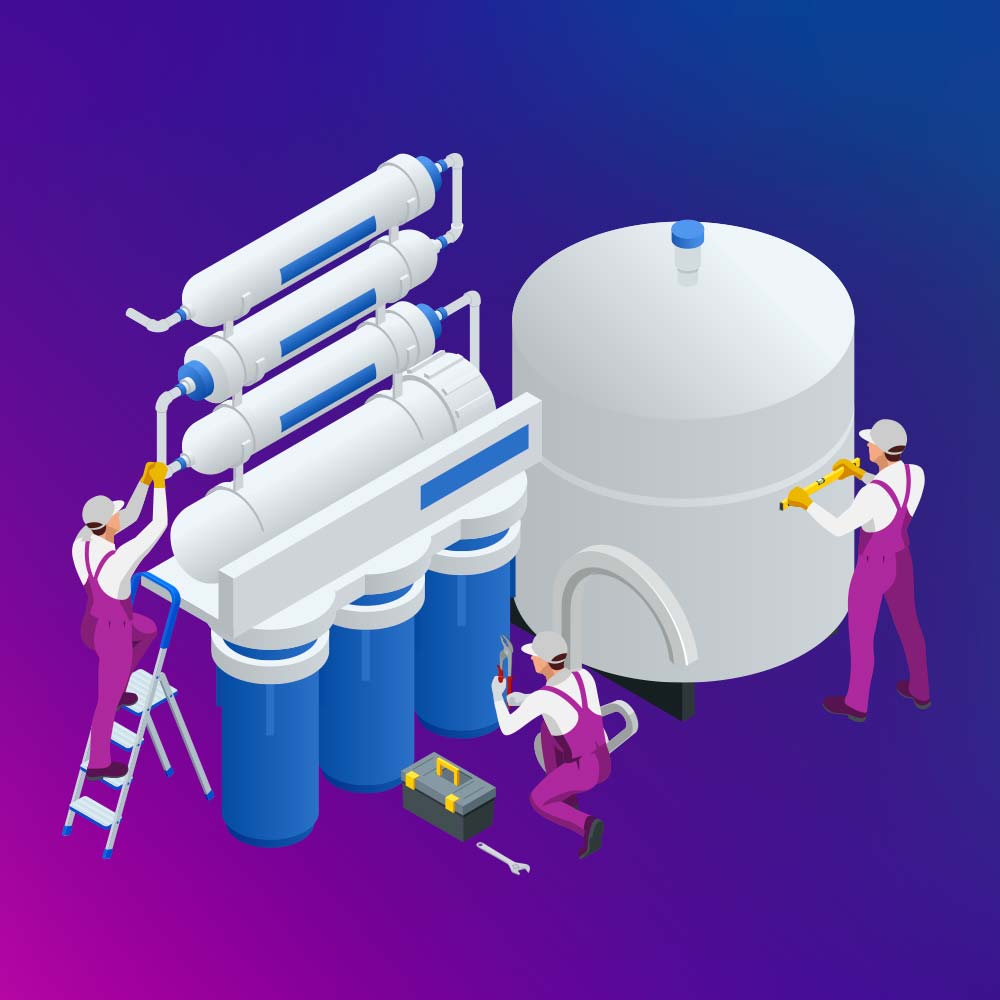 On previous occasions, we have talked about some technologies that achieve this. For example, the use of a gel-polymer composite that combines hydrophilic and semiconducting qualities. This system has successfully desalinated water from the Dead Sea. Another technology that has caught our attention is an absorbent paper with a carbon solution capable of processing up to 2.2 liters of water per hour per square meter of material. So what is so special about the MIT solution?

The innovative technology, which will be used for wastewater treatment and desalination, among other applications, avoids a prevalent problem in these systems: salt fouling in the moisture-absorbing membranes. And it does so without resorting to sophisticated hydrogels or liquid metals. Its design is based on the use of several layers of everyday materials.

The upper part of this solar desalination system consists of a layer of a dark material with the capacity to absorb the sun's radiation. Underneath, a layer of a material - polyurethane in the experiment - with 2.5 mm thick holes is inserted. A narrow compartment is left in between for the water to be made potable. The device is then placed over the salt or contaminated water.

As there is a temperature differential, convection circulation takes place. This means that the circulation of the water transfers the salt particles from the upper, warmer part to the lower part. The remaining evaporated water is collected by condensation.

The process of the solar desalination system can be seen in the adjacent GIF, which shows how the pink-tinted saline water immediately descends to the lower tank.

What is the most common desalination technology?

While the MIT research is promising and could open the door to desalination in remote and resource-poor areas, this solar desalination system is unlikely to become a large-scale solution. In that sense, the most widespread and effective technology at the moment is reverse osmosis. If we put a separation membrane and two liquids of different concentrations, the lower concentration will tend to flow towards the higher concentration. This is known as "salt differential."

In reverse osmosis, pressure is applied to the liquid of higher concentration so that it flows to the other side and the filter membranes trap the passing salt ions.

This technology is increasingly optimized and, in addition to using renewable energies, is progressively reducing its energy needs, as explained in this article. Based on similar principles, a new type of renewable energy based on the salt differential, also known as blue energy, is being studied.

If you want to keep up to date with other technologies like this new solar desalination system, subscribe to our newsletter at the bottom of the page.