If you ask business gurus about the office models of the future, there is one term that comes up time and again: hybrid work. Until a few years ago, the choice was clear: most of the jobs were in person, while a small proportion of employees opted for remote working. Then came the pandemic and accelerated the transition, but in the end, the transformation was already on its way, driven by digitalization and technology. Examples of this are mixed reality or the metaverse, which will make a growing impact on everyday work. Work will be increasingly viewed as an activity more than a place to go to every day.

As noted in a Work & Place article, we are witnessing the confluence of numerous factors, ranging from the new post-pandemic work culture to more profound movements such as Industry 4.0, artificial intelligence, process automation, and the internationalization of work teams.

Thus, the evolution points towards hybrid models that combine the physical presence of workers and the possibility of working remotely. And this is not a distant hypothesis: a recent report by Glisser showed that two-thirds of the top companies in the FTSE 100 index in the United States are already using hybrid working methods. And here, technology will play a crucial role.

In this article, we will address the following points: 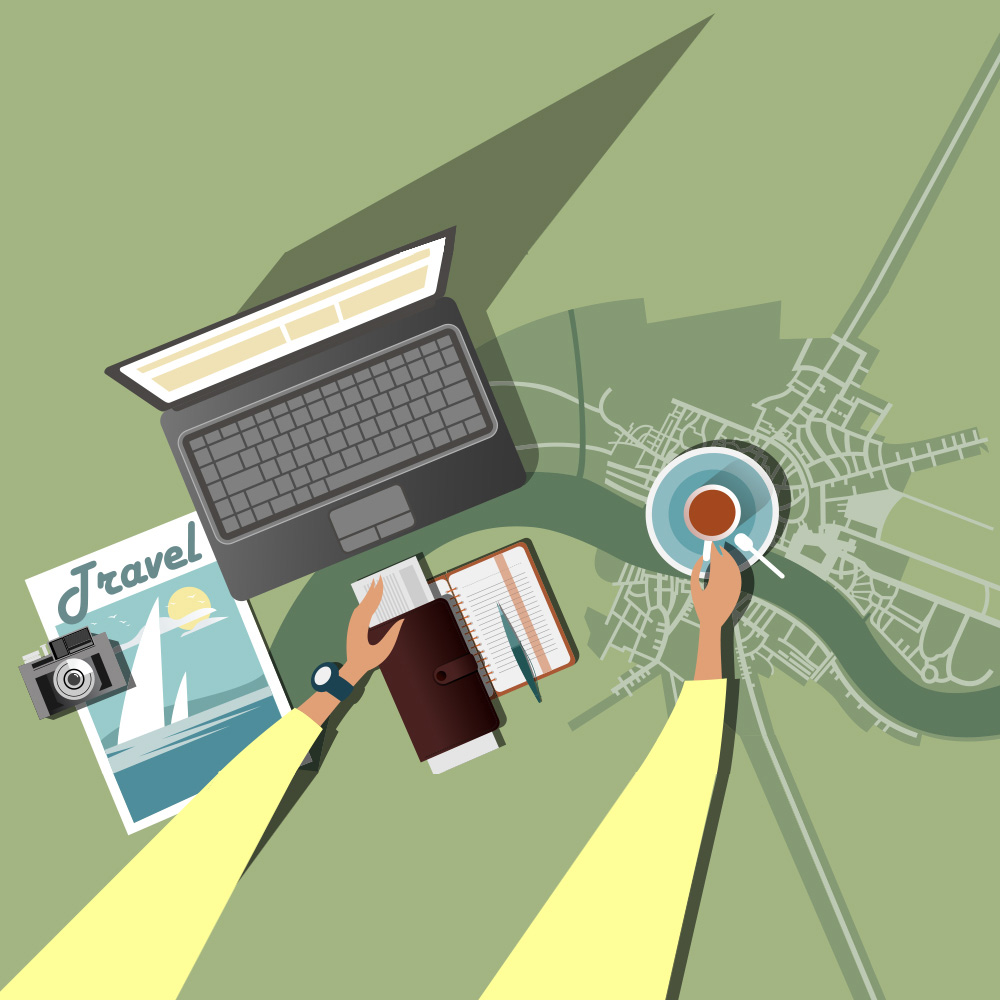 To be there or not used to be the question in the office world. However, technological innovation is transforming the very concept of presence. Video conferencing is here to stay, but it goes beyond a webcam on a laptop at home. According to Google's outlook, videoconferencing will coexist with face-to-face meetings. Campfire is the name they have given to this new work formula.

Another way of interpreting mobility at Google will be the possibility of requesting to move to other company offices, which will combine digital nomadism with brick-and-mortar offices. Speaking to The New York Times, Michelle Kaufmann, who is in charge of redesigning Google's office of the future, points to the end of the personal desk. The goal is for employees to sit anywhere depending on that day's attendance and also to be able to create a meeting room of any size they need.

This idea of nomadic workstations will be complemented by a system that will make it possible to automatically change the configuration of a workstation, with issues such as lighting or table height, depending on the user and their digital identity. In other words, the spaces will adapt to the employees and not the other way around.

One of the most curious details in this philosophy of reconfigurable offices and modular spaces is a robot that approaches the workstation and pumps up a temporary wall in the event of a confidential meeting.

As we indicated in a recent article, the metaverse is destined to shape the office of the future. 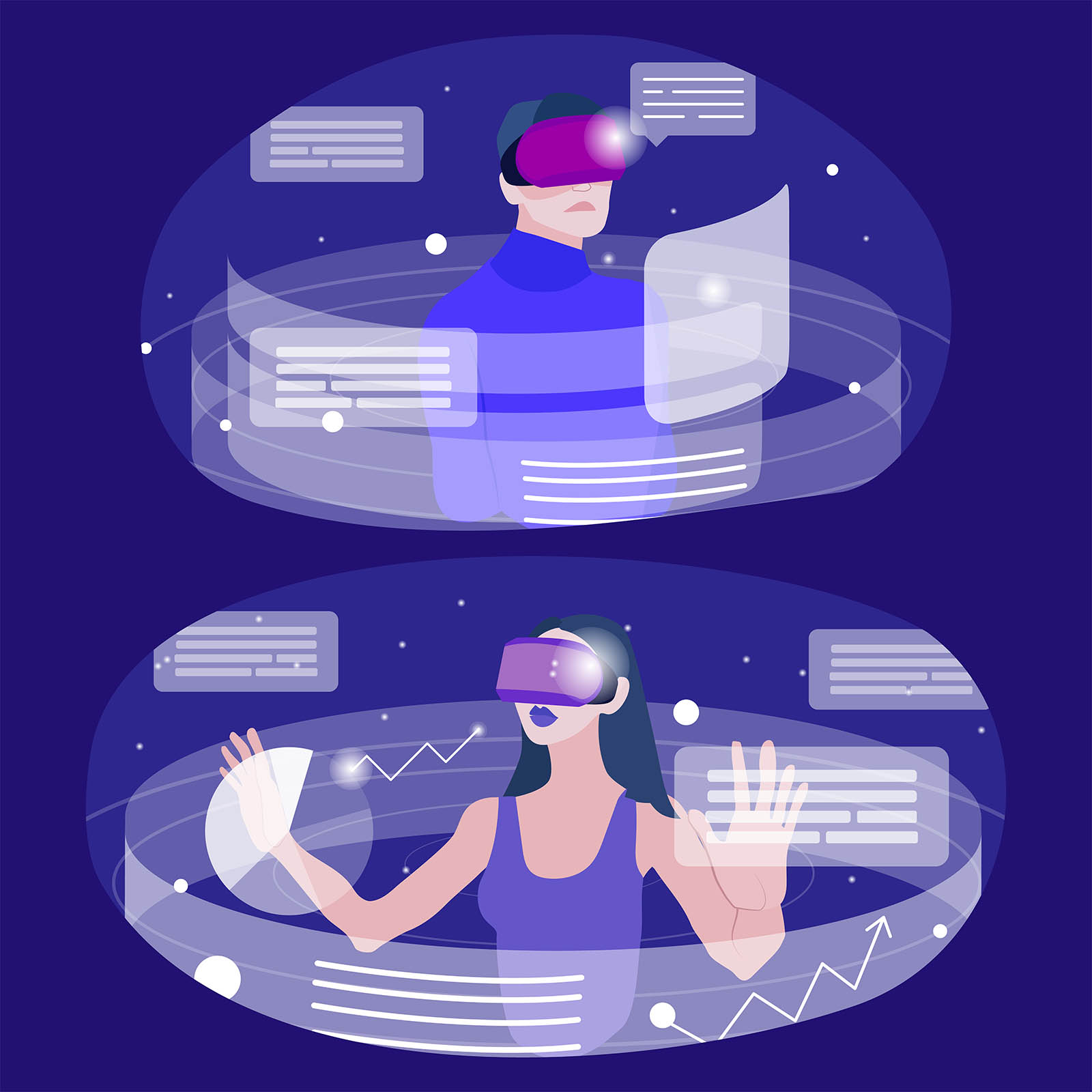 Thus, in addition to proposals such as Google's Campfire, the idea of combining face-to-face team meetings with the leap into the metaverse utilizing virtual or mixed reality glasses and avatars will become standard. Similarly, it will be possible to inspect industrial facilities thousands of kilometers away from the workplace without traveling.

Finally, the software will also play a vital role in transitioning to hybrid models. One example is Atmosphere, a workspace app developed by Okta, a San Francisco-based company. This software will drive a model they have dubbed Dynamic Work.

Thanks to Atmosphere, employees have a unique profile to which the devices they connect adapt automatically. They can book resources such as meeting rooms or view co-workers' calendars, and connect to meetings held elsewhere. Such initiatives are set to change people's relationships with their devices.

The end of the single device

If sharing economy models such as moto sharing have been diluting the idea of car ownership, computing devices are set to undergo a similar revolution in the office of the future. The platform and ecosystem economy means that the concept of an employee tied to their desktop as an extension of their body has its days numbered.

Beyond the device, the work philosophy will be based on digital identity. An employee will move from laptop to tablet or smartphone and then to a desktop computer in the office in an agile and seamless manner. We are talking about a cloud of always-connected devices with technologies such as 5G.

Of course, this hyper-connectivity will require new security measures to protect users' information and identity. Likely, blockchain technology will also have a lot to say for the offices of the future. 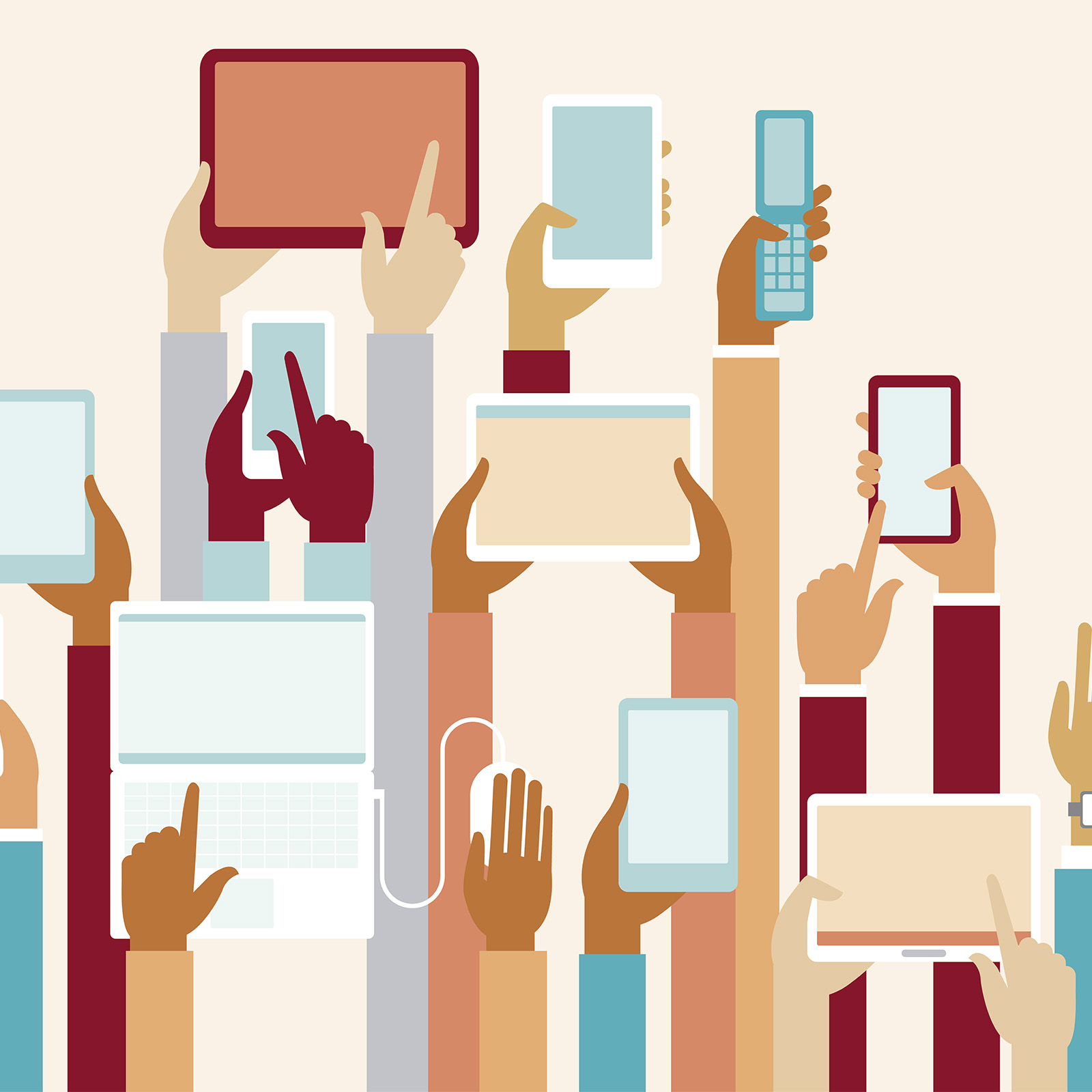 Cloud computing: the reconfiguration of spaces

A few years ago, server rooms with their flashing lights and cable jungles, overseen by the IT manager, were standard in companies. However, these spaces and those dedicated to the storage of paper files have suffered the same fate: the migration to the cloud and the arrival of the paperless philosophy.

As a general rule, much of the storage capacity is already in the cloud, but it seems that processing capacity will also experience a similar dynamic. In 2021, Microsoft announced its Cloud PC operating system that offers all the capabilities of a standard operating system on almost any device, from a tablet to a TV to Android or Apple devices. Of course, the first to benefit from this approach have been enterprise environments.

Thus, spaces are likely to be dedicated to creating collaborative environments with technological solutions fully integrated into the environment or the body itself, from screens on the walls to mixed reality glasses. In other words, the user interface will take precedence over pure hardware, such as desktop computers, a laptop, or a printer.

In short, the office of the future will be marked by a hybrid philosophy in which technology will be at the service of employees regardless of where they are and what device they use. And above all, it will define new ways of socializing and collaborating.